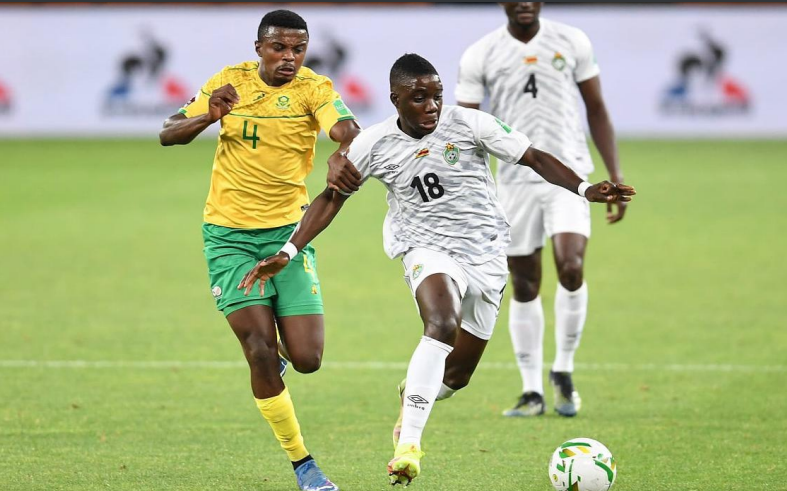 ZIMBABWE’S disastrous World Cup qualification campaign has gone from bad to worse with a fourth consecutive defeat after neighbours South Africa won 1-0 in Johannesburg on Thursday evening to enhance their chances of sailing through to the tournament in Qatar next year.

With the Zimbabweans already out of contention for a place at the World Cup, a fixture against rivals South Africa, who are still in with a chance and battling against Ghana, was billed as a bragging-rights contest for two cousin countries that prior to this tie at the FNB Stadium in Johannesburg, share the spoils in head-to-head statistics.

The pride at stake in this fixture is high, and even after Zimbabwe’s elimination for what would have been a historic first World Cup appearance, interest at home was widespread, that at least the Warriors could disrupt their next-door neighbours and throw spanners in their work as Bafana bid to return to the World Cup for the first time since hosting this grand event in 2010.

Midfielder Teboho Mokoena’s wellplaced header on 26 minutes, from Keagan Dolly’s pin-point cross, settled the contest and put Bafana Bafana in hunt for a place in Qatar.

Earlier in the day, Ethiopia, no-hoppers just like Zimbabwe, handed South Africa a huge favour in Group G after holding Ghana to a one-all draw at Orlando Stadium in Johannesburg, following a ban on the East African country’s stadia, which like Zimbabwe’s, has been deemed substandard by authorities.

With the win over Zimbabwe, Bafana, now under Belgian coach Hugo Broos, have moved three points clear of Ghana with one round of match remaining in the qualifiers.

Zimbabwe host Ethiopia on Sunday whilst Bafana Bafana take on the Ghanaians away, in matches that will decide who goes through to the World Cup qualifiers play-offs from this pool, between the 2010 World Cup hosts and the Black Stars, one of Africa’s foremost national teams.

Related Topics:Zimbabwe Football
Up Next

Sables face challenge of the ‘unknown’ in Brazil

Dealing with a sensitive subject for a better world