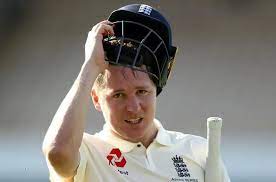 MAKING his first-class debut for Mashonaland in 2000, a gifted bowling all-rounder – who never got to play international cricket for Zimbabwe – experienced an incident that left him feeling dehumanised and hurt.

Transformation was a hot topic in Zimbabwean cricket those days, and silent quotas had been introduced at both provincial and national team levels, to embody the demography of the country.

Of course, where there is change inevitably there will be some resistance. So instead of picking more players of colour to spread the game, as the intention was, selectors stuck to the mandatory two to three black players to defuse political pressure.

So on this particularly day, three black players had been picked for Mashonaland, two of them rookies who probably were not ready for the big setup, and owed their selection to forceful administrators who had decided to go for broke to counter the systematic resistance.

Tension in the changing room was high before the match, this former player told me, and as the team huddled together before taking to the field, the captain, a senior white player who was a Zimbabwe international, delivered a pep talk that left the young newcomer broken.

The verbatim, which he remembered well, was: “Let’s go and give it our best, boys. There are people who aren’t supposed to be here, they know themselves. But when we go out in the middle, let’s just perform.”

Not one to grumble easily or wave the race card at will – but that moment was a harsh reality of life for a young player who had played in a multi-racial school team, was comfortable around everybody in that group and made friendships to last a lifetime across the racial divide. In cricket, the margin between winning and losing is very small.

One bad selection, a weak link in the chain, can cost the whole team dearly. But the sensitivity of race is huge and the trauma it causes is great. Under whatever circumstances, the comments made by that captain were extremely unacceptable and despicable.

In the wake of the Black Lives Matter movement, and revelations of past racist incidents in sport across the globe, Zimbabweans will also have stories to tell, not to reopen old wounds, but to reconcile with the past for the sake of the future. Racism is not a nice subject, but one that cannot be swept under the carpet.

Forms of racism differ, and a lot of it is out of sheer naivety on the part of the offender, who in some instances consider their actions to be harmless.

For instance, Gary Ballance (pictured), the Zimbabwean-born former England batsman , who has been in the eye of a storm after admitting to racial slurs against ex-Yorkshire teammate, Azeem Rafiq. He called him a “P***”, which is a racially offensive term in Britain.

Ballance claims he has been good friends with Rafiq in the past, and that it was all just friendly banter. He says in the friendly exchanges, Rafiq also called him a “Zimbo from Zimbabwe”. This has all been rejected by the ECB.

As a result, Yorkshire have been suspended and their Headingly ground at Leeds closed for internationals such as Tests.

Sponsors have been lost and the cost to Yorkshire is put at US$140 million. It could mean the end, or certainly the long-time disappearance of a great British sporting institution. The whole business and its background is astonishing.

The sensitivity of race is massive and frightening in many ways, destroying many innocent and harmless inter-racial interactions.

The fact is that racialism is on the rise because of a reverse reaction developing. If openly speaking about it helps eradicate this despicable scourge, I am all for it.