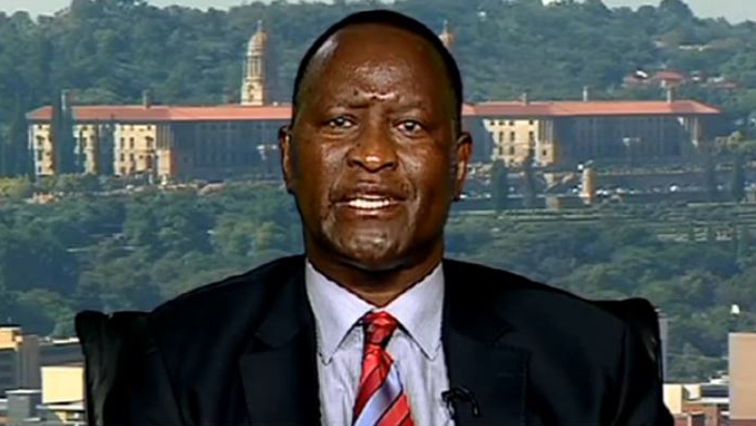 CENTRAL Intelligence Organisation (CIO) financial records are in a shambles amid fears that senior officers in the state spy agency are presiding over massive looting and hounding out two senior employees they suspect of plotting to expose the rot, available documents have shown.

The documents gleaned by The NewsHawks, which include court papers and correspondence between lawyers of the under-siege senior CIO officials, have revealed a litany of corrupt activities and failure to follow public procurement procedure.

The explosive case is lifting the lid on the CIO’s murky and unaccountable spending of taxpayer funds.

Those questioning the underhand dealings have now been targeted.

In an application for review in terms of clause 45(1) of the CIO code of conduct, following a ruling to expel them from the spy agency, Charity Madyambudzi and Shadreck Mugabe said they have been targeted and subjected to cruel treatment as part of attempts to silence them for challenging corrupt tendencies in the institution.

In their application for review dated 16 May 2022, the two cited four members of the disciplinary committee housed at Chaminuka Building in Harare, the national headquarters of the CIO.

“We are deeply and severely aggrieved by the determination and penalty imposed on us by the respondents,” Madyambudzi said.

“They completely disregarded constitutional provisions and have to be set aside by the Minister of National Security.”

The applicants said that they questioned a lot of irregularities in procurement and in the engagement of contractors within the CIO, opening them to attack by their superiors. This led to their suspension and ultimate dismissal by CIO Director-General Isaac Moyo (pictured).

Madyambudzi said the two were in October 2020 unceremoniously excluded from the Material Resource Management (MRM) division to the Investment Branch and Security Branch respectively by the director of administration, Patrick Donald Mutasa.

They argued their exclusion was done without following proper procedures of a transfer such as conducting a handover/takeover in which documents are signed by incoming and outgoing officers.

Madyambudzi said the two began hearing “corridor talk” over their impending redeployment for upsetting their superiors, especially those responsible for procurement, finance and transport.

“We had queried the way projects and engagements of contractors had been done, execution of services by contractors and failure to furnish us with the requisite information with regards to purchase for the purposes of updating records and also keeping track of expectations of Public Sector Investment Programme as is mandatory,” said Madyambudzi

“It was as a result of these differences that a ploy was devised in the Administrative Branch, Procurement Management Unit and Finance Division to get rid of the 2nd applicant and me since we refused to be engulfed in their corrupt schemes.

“Their fear was we were going to expose them since we had a lot of information in connection with their corruption activities which we had discussed with the Director Administration and heads of respective divisions.”

In one of the corrupt deals cited by the two, renovations that would have ideally cost US$20 000 were charged at a cost of US$80 000 on the parallel market rate and US$100 000 on the official market rate.

She said the two appealed to the CIO director-general following their transfer, seeking clarity on the intended objectives of the purported transfer which had been irregularly done.

She said she was also locked outside her office and forced to work from the car park. She is thus challenging why they were then charged and fired for absenteeism.

After being locked out of her office, she said she lost US$837 that she kept there.

“No investigation was done,” she said.

Madyambudzi argued that the handover/takeover process was frustrated by their superiors amid suspicion they intended to hide a lot of corruption cases that were bound to be exposed in the process.

“The ploy to get rid of us was clear from the attempts at subverting the handover/takeover procedures so that we would not properly record the state of play of funded projects, how disbursed funds had been used, etc with incoming officers signing for these after projects were visited and invoices, receipts etc done and produced,” she said.

“It is precisely because there was no misconduct that the respondents struggled to come up with allegations against us hence the failure to timeously commence the disciplinary proceedings.

“A handover/takeover process in a department that deals with high value projects is not and cannot be a one-day affair.

“The deponent’s desire to force us to abandon the process was part of the attempt to frustrate a proper recording of what were corrupt activities alleging that proper handover/takeover processes had not been done.

“Once the deponent had covered the change of locks at my office on October 19, 2020, the integrity of the handover/takeover process became compromised and impossible to complete in terms of Treasury Regulations.”

In correspondence to the CIO over the matter through their lawyers, the two said: “The proceedings were brought in order to hide corrupt practices by our superiors and make the irregularities even more egregious particularly when this is against a background where the President (Emmerson Mnangagwa) is pushing the fight against corruption.”

In a letter of appeal in October 2021, the applicants through their lawyer Beatrice Mtetwa of Mtetwa, Nyambirai and Partners legal practitioners appealed for clarity on, among other issues, on why the required responses on projects done by the CIO were not given and why requirements by the government on procurement and engagement of contractors were not followed.

“It is government requirement that commitment registers are maintained for all capital projects funded by Treasury. These registers show the funds committed and cost trend. Since PMU commenced procurement of materials and services for capital projects, they have never availed essential documents on costs such as invoices and procurement authority.”

In the application, the two said up to the date of the filing of court papers, the resource management division was in the dark as to whether all the materials and services paid for by the CIO were delivered to the projects.

“The division has only been receiving issue vouchers from PM and is not sure if what was issued tallies with what was authorised and subsequently paid for,” documents read.

“Finance Division has also been reluctant to reveal Treasury allocations. Resultantly, records on CIO project costs do not meet government requirements. The MRM Division raised the above anomalies in several administrative branch daily Heads of Division meetings and wrote several requests but with no result.”

The two said the CIO director of administration also issued deadlines to the two divisions to avail the documents,  but nothing materialised.

“It should be noted that when audits are carried out, the auditee is the CIO directorate. As such, our persistence to have the capital projects implemented in a legal manner with government requirements and avoid adverse audit reports on the auditee.

“The differences have been mainly on contractors failing to deliver what they would have been paid for, to meet agreed timelines and baseless or unsupported price variations.

“Examples are on the renovations of properties number 4 Crighton Road Groombridge and 568 Eagle’s Place Borrowdale Brooke.

“When the MRM Division queried this overpricing of the service (from a possible US$20 000 to US$100 000), l was labelled a renegade who doesn’t want to cooperate with others.

“This left us wondering whether we were supposed to serve government interests or individual illegal interests.”

According to an answering affidavit filed by Mutasa in response to allegations raised by the applicants, the CIO disputed the hearing was unlawful,  arguing that it was in line with how disciplinary proceedings are conducted.

“The transfers were not as a result of crossing the superiors’ lines but were poised to entrench sound administration within the branch,” Mutasa alleged.

“The respondents are not aware of any differences between the applicants and those in the procurement’s ethical conduct and operational efficiency.

Ex-Ziscosteel employees yet to get pensions