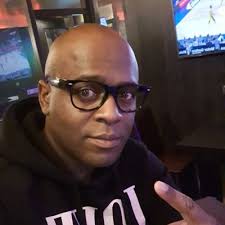 IN the run up to the 2018 Zimbabwe general elections in Zimbabwe, an explosive device was detonated near the VIP area at a campaign rally at White City Stadium in Bulawayo. The incident occurred on the 23 June 2018.

The explosion, which was captured on camera, resulted in the death of two and injuries to over 40 people, including the two Vice-Presidents, Kembo Mohadi and Constatino Chiwenga.

Ever since the explosion over two years ago, no one has been brought to court over the offence. The police have not updated the public or media over the investigation. It is surprising considering the scope of the explosion, people involved, and outrage.

Two suspects, John Zulu and Douglas Musekiwa were arrested then released without charge. In addition the Zimbabwe National Army (ZNA) arrested and jailed Tendai Savanhu for boasting about the explosion on WhatsApp.

There was allegedly another suspect, according to witnesses, who was apprehended by the army at the venue has not been seen ever since.

This has been allegedly the fourth attempt on President Emmerson Mnangagwa.

The previous attempts being the alleged break-ins at his offices were cyanide was left twice and poisoning of his food at a rally in Gwanda. Again, no suspect has ever been brought before courts for that.

This piece is going to dwell primarily on the explosion at White City, forensic investigation, and how VIPs are protected in Zimbabwe. I draw this from personal experience of looking after senior government officials in Zimbabwe and also peripheral experience in looking after some Royals when they visited my policing area in the
United Kingdom.

The CIO are normally in charge of the inner cordon, followed by police and then the army. Cordons are basically areas of protection closed or furthest from target.

These cordons are visible to keen observers, an example is shown in the video clip of the White City explosion. In addition, there are sectional personnel who are responsible for demarcated physical boundaries from the President.

This is manifested in the number of personnel in Mnangagwa’s entourage. Other presidents have reduced this with the introduction of drones. The police and the army often swap cordons, but the CIO normally take the lead.

However, ever since the coup in 2017, the army seems to be the primary handler of VIPs protection. This is due to
obvious allegiances that shifted the security and political landscape of Zimbabwe.

Before either the President or Vice-President travel to a destination, normally an advance party is sent. These primarily secure venue and positions in preparation of arrival of VIPs. Local intelligence agency or officer are also triggered.

Basically, the team will conduct a detailed swoop at the venue, roads, communication, and other amenities.

Intelligence of known or unknown threats is also assessed. For example, at the last Nust graduation event, the seating arrangements where changed, no phones or cameras allowed to prevent protest and embarrassment of
Mnangagwa.

In addition, the agencies will draft an operation order before travelling which will be shared and implemented to a tee. It will also include recommendations or changes that the advance party have noted, personnel involved in protecting the presidium, and who is responsible for what in case of emergency.

On the 23June 2018, as indicated by the video sequence, an explosive device went off as was coming off the stage. The security cordons as described above are visible except the presence of uniformed police.

The investigation phase commenced soon after the explosion. In Zimbabwe, this level of investigation would be initiated by the Joint Operation Command.

This results in the setting up of an operational code for the investigation which will be lead fulltime by a chief superintendent of police supported by personnel from CIO, and Military Intelligence officers within the context of Zimbabwe.

The question is: what are the forensic and investigation opportunities that were available to shed light into the explosion? There is video evidence, witness testimony, forensic, and digital evidence.

There is ample information within those contexts that could assist Zimbabwean investigators that may not have been utilised. I will discuss them briefly in the next sections.

In terms of the primary explosion, whatever device was used, there were opportunities in investigating the seat of explosion or source, the substances that were used, and the mass charge (objects).

The seat of the explosion, as seen in the video, is at the end of the VIP tent to which Mnangagwa was walking towards. After the explosion, as expected, there was confusion as people were seen running about. It was pertinent that the special point of contact, selected as part of the operational order, secure the scene.

This might not have been done due to the chaos.

Regarding terrorist activities around the world securing the crime scene is paramount once an event has occurred. Important material evidence was lost as ordinary people, medics, and security personnel were moving in and out
of the scene.

The second stage of the investigation would have been the forensic analytical phase, this stage involves the testing of all organic and non-organic substances forensically recovered from the scene and witnesses.

Zimbabwe has skeleton facilities to process such items so samples are normally sent to South Africa. At the time of writing for example, there has not been briefings on the type of device that was detonated or its origins.

As this was a rally, there were thousands of people present and a few allegedly identified the individual seen throwing an item at the President. It is yet again to be clarified how that eyewitness testimony was treated and what happened to the individual the army took away.

Such lack of such transparency contributes towards more conspiracy theories, fear, mistrust, and use of propaganda to justify other state excesses.

There were also technological opportunities that the investigation team would have utilised. Zimbabwe, through legislation (Interception of Communication Act) and its relationship with China has acquired listening and triangulation equipment which apparently is run from Zimbabwe Defence College.

Triangulation of mobile devices involved plotting and identifying any active line that was within or near the area at the time of the explosion. By process of elimination, it was possible to identify possible suspects.

In addition, the mobile device would have been used to detonate the device or as a signal. I suspect the presidential escort team might have a mobile jamming device that disables network function within a certain range. If this was activated during the incident it might not have had an effect on identifying devices.

Lastly it is important to note that the presidential protection teams run multi-disciplinary simulations (practice) of crisis situations. Every President or VIP around the world who have resources run these.

Every situation is imagined such as this one (explosion), kidnapping, assassination, ill-health, poisoning, or missing and simulated. These are normally done at least twice a year. As you might have seen from the White City video, that worked partly with regards to securing the VIPs but was poor on securing evidence.

Based on forensic and eyewitness accounts which were abundant within the scene, it therefore seems odd that the investigation team has not publicly come up with a credible suspect, motive, or device. The combined resources of the security services which includes intelligence officers, bomb disposal experts, intelligence and psychological analysts have not produced anything in over two years is difficult to fathom.

This is in consideration to various local, regional and international operations Zimbabwe has been involved in.
The investigation leaves more questions than answers which leads to speculation and conspiracy theories.

My own take based on these issues has led me to believe that this might have been pseudo operation that went wrong. These were used during the liberation war and Gukurahundi.

Pseudo operations are those in which government forces disguised as guerrillas, normally along with guerrilla defectors, operate as teams to infiltrate insurgent areas. It is usual for those operations to be significant enough to cost human life.

The CIO, 5 Brigade, and previously Rhodesian Forces ran those operations for years. The pseudo operations can then be used to justify any excesses. The truth as to the events at White City Stadium is known among a few people in JOC. They know exactly what went wrong as it certainly did not go well.

Zimbabwe: corruption and patronage do more damage than sanctions