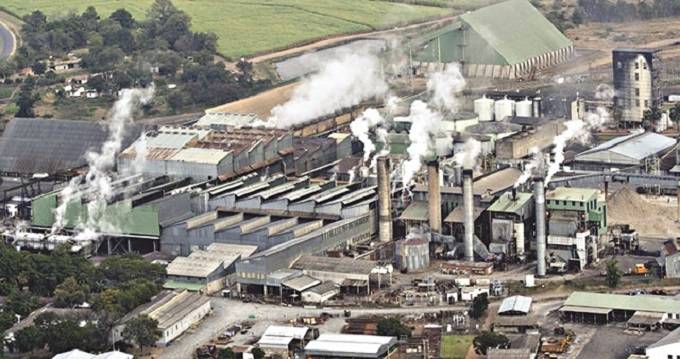 TONGAAT Hulett has paid outgrower sugarcane farmers millions of dollars in refunds for Value-Added Tax (VAT) deducted by the company after the Supreme Court made a ruling in July that the tax was illegally deducted.

The sugarcane farmers through their associations approached The High Court in 2020 challenging the deductions and a Masvingo judge, Justice Sunsley Zisengwe, found for the farmers, but the sugar-milling giant appealed the ruling at the Supreme Court and Justice Elizabeth Gwaunza dismissed the appeal.

Sugarcane farmers are, however, not happy with the amount of money they are receiving.

Mkwasine Sugarcane Farmers Association chairperson Denis Masomere told The NewsHawks that sugarcane farmers are now receiving their VAT refunds from Tongaat. He said the figures differ, depending on the production capacity of each farmer but many are getting over ZW$100 000. He also said farmers are unhappy about the percentage interest rate, which he said was not communicated to the farmers.

“I can confirm that the miller (Tongaat) is now in the process of refunding farmers after the Supreme Court ruled that the deductions were done illegaly without following the law.
Figures being received vary, depending on each farmer’s production capacity, but many are getting above RTGS$100 000. However, we are not happy about the interest rate used since the deductions were made since 2019,” said Masomere.

Efforts to get a comment from Tongaat Hullet’s acting corporate affairs and communication executive Ushe Chinhuru were fruiless as he was unreachable on mobile phone.

Triangle Mill Group chairperson Gibson Mashingaidze told The NewsHawks that the Supreme Court ruling exposed the unfair business practices of the miller against unsuspecting outgrower sugarcane farmers. He said farmers are now pushing for the amendment of the Sugar Production Act of 1964 so that farmers can be empowered.

“We have been calling for fair deals with the miller but this ruling will let authorities know that our demands are genuine. We are now calling for the quick amendment of the Sugar Production Act of 1964 which is giving more powers to the miller. We are also not happy about the division of proceeds (DoP) ratio which is currently 77% for the farmer and 23% for the miller, which is unfair since the miller only offers milling service,” Mashingaidze said.

Related Topics:Tongaat Hulett
Up Next