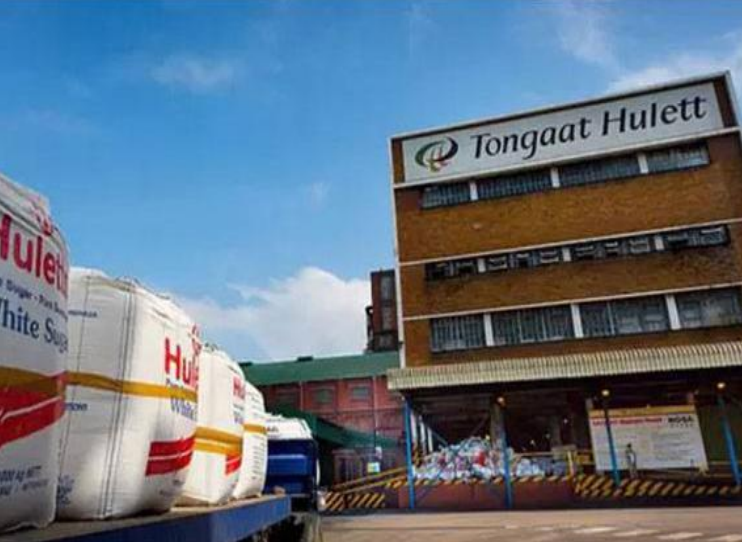 THREE days after Tongaat Hulett Limited, South Africa’s regional sugar-producing giant with operations in Zimbabwe, secured approval for a US$267 million (R4 billion) rights issue, the company is mired in a messy court battle over a controversial forensic audit on its Zimbabwean subsidiaries by reputable financial advisory firm PriceWaterhouseCoopers (PwC).

The massive rights offer, well above the company’s market capitalisation which is less than US$66 million (R1 billion), was underwritten to the tune of US$133 million (R2 billion) by Mauritian-registered entity Magister Investments Ltd controlled by Zimbabwean tycoon Hamish Rudland.

The Rudlands, Hamish together with his brother Simon, run a business empire straddling transport and logistics, financial services, agriculture and tobacco sectors, among other things. Their latest controversial acquisition has ramifications which reverberate across the region.

Tongaat Hulett, founded in 1892 and whose name is derived from the town of Tongaat on the north coast of KwaZulu-Natal in South Africa, just north of Durban, and its founder Liege Hulett, is a leading agribusiness conglomerate in sugar, ethanol, animal feeds and cattle.

It has a significant asset base and footprint in southern Africa, including operations in South Africa, Mozambique, Botswana and Zimbabwe.

While the Rudland business dynasty might be celebrating their corporate boardroom coup which has sent shockwaves across the region, an explosive court case filed in Harare yesterday threatens to open a Pandora’s Box on the internal dealings of the company, already reeling from a devastating US$800 million accounting sugar-coating fraud scandal.

In a court application filed at the High Court of Zimbabwe in Harare by Jiti Law Chambers, run by top Harare lawyer Webster Jiti, former Hippo Valley Estates Limited financial director and Zimbabwe Sugar Sales (Pvt) Ltd non-executive director — who was also the board’s audit committee’s chair — John Edward Chibwe — says that Tongaat authorised an illegal, fraudulent and sham audit by PwC to witch-hunt him and others, while covering its tracks on illegalities it had committed.

This means Tongaat holds sway over Zimbabwe Sugar Sales and Hippo Valley. Leave to bring peregrine South African companies — Tongaat, PwC Advisory Services and PwC South Africa — to court in Zimbabwe was sought and granted before the application was filed.

This follows the PwC audit in which Chibwe was accused of aiding and abetting a bulk sugar sales deal in which prices were fraudulently inflated for corrupt ends.

“There is no doubt the conclusion (of the audit) casts me in bad light. All sorts of impropriations are ascribed against me. My expectation to participate in a proper audit process is taken away,” Chibwe says.

“My good name and standing in society is shredded. The fact that the audit is done at the instance of the 3rd respondent (Tongaat), itself a major character on the board of directors, the alleged transactions having been found to be correct by the auditors and accepted by shareholders of 2nd respondent — Hippo Valley — (3rd respondent — Tongaat — included), leaves me with a messy standing which must be cleared. The unlawfulness of such a sham process and outcome must be pronounced by this court. Nothing can depend on a nullity.”

Chibwe says the PwC audit is a “charade” and “medusa scheme” — a plot to destroy — against him which ruthlessly condemns him for implied corruption and fraud without getting him formally involved in the process, interviews or given the right of reply.

He also says the audit is fatally flawed given the way it was illegally commissioned by Tongaat; it did not follow established auditing procedures; was a contradiction as it investigated issues authorised by key shareholders; relied on speculation, conjecture, innuendos and selective evidence; did not include main players in the group; lacked context and was vindictively targeted at his person.

Chibwe charges that the PwC audit was done by incompetent people who clearly lacked the requisite knowledge, skills, professionalism, integrity and objectivity. Besides, he says the audit does not establish and quantify any money stolen or prejudice against the company by him.

In the first place, Chibwe says, when financials of the companies in the group were consolidated starting 2011, Tongaat introduced a controversial payment, which he implies was corrupt and fraudulent, of 2% of gross sugar sales as “technical fees” paid by Hippo Valley to it when no such services were actually rendered — which was institutionalised theft.

He says Tongaat also allowed illegal borrowings between Hippo Valley and Triangle at above bank rates “in contravention of the law”.

“In its substance, the forensic report is grossly inaccurate and can easily pass off as a hatchet job meant to soil my name, career and reputation,” Chibwe says.

“The whole forensic audit process was unlawful and nothing can depend on it. For the benefit of the parties, its invalidity must be pronounced and set aside. Further, the substance of the audit report is clearly questionable, unsatisfactory and, most importantly, unlawful. The auditors could not provide the necessary link alleged between myself and the alleged malpractices. The whole audit does not particularly point out my involvement and my role within the two respective boards in the alleged malpractices. There cannot be a forensic investigation which convicts me in a ‘crowd’.”

Chibwe laments that he is viciously condemned and vilified without justification.

“Crucially, in their report, the auditors do not allege nor demonstrate that I violated any law in Zimbabwe. They do not allege that I failed to discharge any of the mandates bestowed upon me by the respective boards of directors of the 1st (Zimbabwe Sugar Sales) and 2nd (Hippo Valley) respondents,” he says.

“They do not allege nor demonstrate that I violated the Articles of Association of the 1st (Zimbabwe Sugar Sales) and 2nd (Hippo Valley) respondents. I am perplexed that in the absence of any wrongdoing in my respective capacity as a director, I am mercilessly condemned by the audit report.”

Chibwe says as a result of its wrong commissioning, unprocedural issues, illegalities, fatal flaws and a glaring lack of substance, the audit must be dismissed as invalid — a nullity — and set aside.

Tough questions for Mnangagwa, Chamisa ahead of 2023 polls