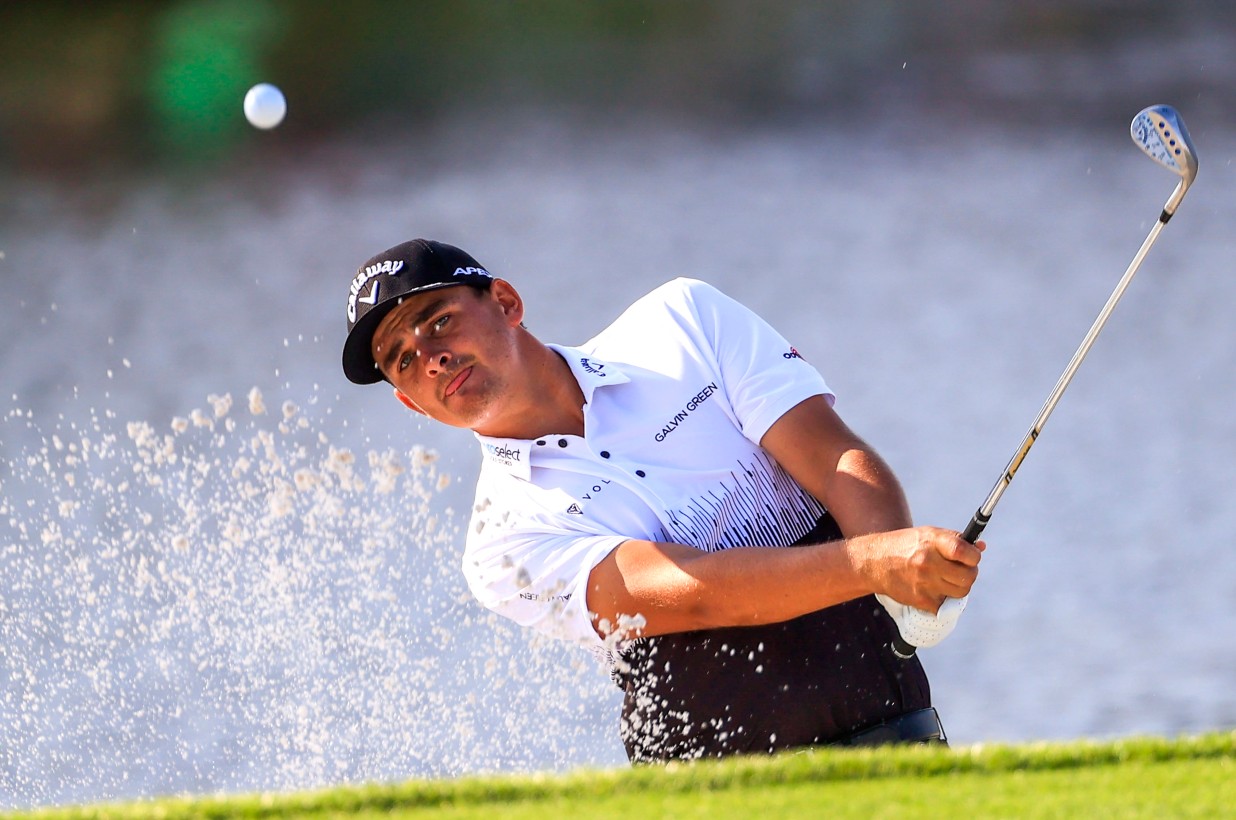 Christiaan Bezuidenhout of South Africa is the only player from the continent in the Rest-of-the-World team.

ROUNDING off golf’s northern summertime and heralding golf’s autumn at the end of September is the President’s Cup.

In this case the president being America’s Joe Biden. Played every two years and positioned opposite the Ryder Cup, the selected teams are the all-powerful USA versus the weaker Rest-of-The-World, Europe being excluded.

The format, featuring 12 of the best players available, is an established replica. But their relative strengths are starkly different as the records show.

The Americans have won the President’s Cup for the last eight years in succession and it really means nothing to suggest that several of those matches have been close, nor that a “World” team in the distant past was victorious just the once.

Instead of having Europeans as seriously competitive opponents, as in the Ryder Cup, the Rest-of-the-World is made up of an internationally scattered and relatively weak team pulled together from various nations.

The President’s Cup is a mixture every two years and on paper counter-balancing the rip-roaring Ryder Cup, a more natural clash of golf’s continental giants, but with Europe excluded. However, despite all efforts towards improvements through the last 18 years, it remains very much the lesser event and because of the repetition of a lopsided record, in danger of continuing to be so.

Therefore it sorely needs a stimulating Rest-of-the-World victory or at least a draw to give it the status demanded by much of the golfing fraternity everywhere.

There will be much build-up razzmatazz with splendid blazers worn by big-name golfers and captains on parade, fine speeches and widespread TV coverage. But there is extremely likely to be yet another “wrong” result. The last eight has been a sequence of USA victories in 16 years as the staple diet. And a number nine USA victory without being seriously tested seems assured for 2022.

However, those other millions of golf players and aficionados who watch, play and enjoy the game at top level simply for the sake of it will be more than content with what they get, that is to say 24 of the planet’s best available players-personalities thrown into match-play battle with inbuilt drama and excitement.

The President’s Cup has thus created the same aura as the Ryder Cup but without its vast and boisterous crowds at one of the famed courses being used, all shouting, cheering and clapping their boisterous way to a famous triumph. The difference, though, has not been a delicious uncertainty of result.

The balance of Ryder Cup power between the USA and Europe has created through recent decades a genuine “who will win?” debate around the world. The President’s Cup does not have this flavour.

At present therefore it is all rather somnolent and fails to catch the worldwide golf imagination. There is the danger of repetition and the asking of questions such as how can the American team be seriously challenged?

It would not be practical, nor would it be effective, if the USA team is deliberately weakened in some way, one solution that has been debated.

The President’s Cup seems therefore to be doomed to shuffle along until it eventually relinquishes all seriously competitive meaning, maybe even allowed to fizzle out in the near future – which indeed almost happened to the Ryder Cup half a century ago in similar circumstances. There is always a sharp focus on the next President’s Cup match. But need there be?

Respective managers are Davis Love III for the USA and Trevor Immelman of South Africa for Rest-of-the-World.  The venue, with USA being at home on Quail Hollow’s par 71 in Florida close to Miami, beginning on 26 September.

Whatever your opinion of the President’s Cup and apparently precarious place in international golf, the answer is simple: relax and enjoy some shouting for the underdog.

*Guest columnist, author and journalist John Kelley, is a keen golfer who still plays the game at the age of 91. He writes occasionally and exclusively for The NewsHawks.

‘Something special is happening across the bridge’