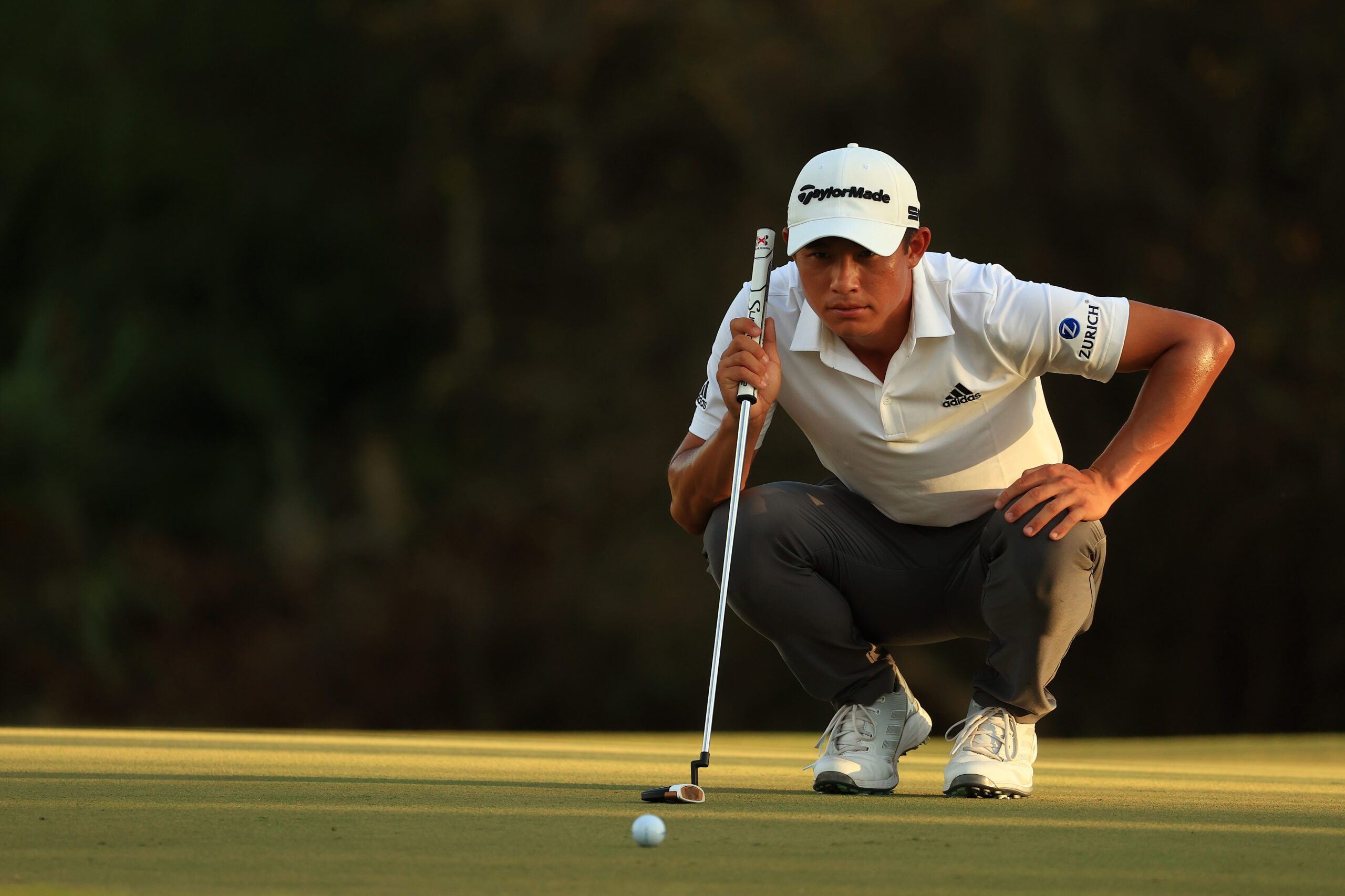 BRADENTON, FLORIDA - FEBRUARY 27: Collin Morikawa of the United States lines up a putt on the 17th green during the third round of the World Golf Championships-Workday Championship at The Concession on February 27, 2021 in Bradenton, Florida. (Photo by Mike Ehrmann/Getty Images)

FROM JOHN KELLEY IN PORTSMOUTH, ENGLAND

THE long history of golf marches relentlessly onward with the 150th anniversary this year of the first Open Championship in Britain back in 1860. It was staged that year at Prestwick on Scotland’s west coast not far from Glasgow.  More than 10 years were lost through World Wars.

It was also in 1860 that Lobengula became legendary King of the Matabeles and the year Abraham Lincolm was installed as USA president. A year after that came the start of the American civil war over slavery.

150 years is perhaps a contrived anniversary but it was and is of great historical significance in golf, establishing Scotland so long ago as the originating nation though the Dutch and even the Chinese might dispute the fact. But that’s another story.

This year The Open Championship will happen all over again from Thursday among the dunes of the Royal and Ancient course at St Andrews, now the undisputed “home” of the game. By coincidence a field of close to150 will tee up.

Four days of intensity and special character will be savoured by at least 60 000 enthusiastic followers each day despite poor spectator viewpoints and whatever the weather has in store. It doesn’t have the advantage for instance of Royal Birkdale’s many high ground positions. Prize money will total around the equivalent of US$13 000 000 with the winner banking about three miliion. Back in 1860 the field was only eight players and the top prize was £25 plus a belt and buckle.

There is now in place a Royal and Ancient decree that The Open will be hosted at St Andrews Old Course every five years. There are eight other courses on the Open rota, four of which are in Scotland, but the next championship in 2023 will be at Hoylake, Royal Liverpool.

The winner is always known as “Champion of the Year”, which is stated at every Open prizegiving, thus routinely laying the claim of the R&A that it is the premier championship. This is because The Open is truly open to all professionals and amateurs world-wide who are invited or qualified.  There are 46 places available this year for those coming through lengthy qualifying tournaments.

That first Open at Prestwick was competed for by just eight professionals playing three times over a 12 holes layout. However that didn’t last very long because the course was considered too short and with too many blind shots needed.

It was won by Scotland’s Willie Park, who beat Old Tom Morris into second place. The Championship was dominated by British players right up until 1922 when the first American-born professional of consequence, Walter Hagen, began his many years of prominence.

St Andrews Old Course also has a few well-known and unusual quirks and traditions, including combined double greens (such as the fifth outward and 13th inward)  where putts can sometimes be as much as 40 metres long. Another characteristic at some holes is the designed choice of an easy driving line, leaving a difficult approach to the green, or vice-versa.

The famous Road Hole 17th has been controversially altered to make it easier, the drive for that one being over the corner of a hotel grounds and in the past many an awkward chip shot has been played from the road surface that runs behind the green, or very occasionally rebounded off a boundary wall beyond it. Famously on one occasion by Tom Watson.

Over the years the Old Course has been hated and loved in equal measure. Bobby Jones, perhaps the finest golfer of all time, said he would never play it again, but later called it the world’s greatest golf test. It is one of three courses at St Andrews but the other two are never used for the Championship.

The “auld claret jug” trophy is currently held by the Japanese-American Collin Morikawa (pictured), who won in 2021 at Royal St George’s, Sandwich, on Britain’s south coast. He is therefore one of several “ones to beat,”  including the 2022 U.S. Open winner last month, England’s Matthew Fitzgerald, a most welcome result for Europeans and an incentive to keep the trophy on this side of the Atlantic.

Fitzpatrick is no flash-in-the-pan. He won the U.S. Amateur in 2013 at the age of 18 to announce his potential. He has seven European tour victories behind him, has remained in the world top 50 for seven years and has made two Ryder Cup appearances. After the U.S. Open last month he banked US$3,15 million to go with a pile of ranking points!

But can he do it all over again at St Andrews this week? He clearly has all the necessary qualities.

However, maybe it will be Rory McIlroy at long last. His drought in the Majors has lasted 29 championships without a win, though with several near misses and recent signs of a breakthrough. Unfortunately for him he is rather error-prone with his driver but is always entertaining.

The evidence of recent years points towards another American winner. It was once thought that Americans couldn’t cope with frequent bad weather conditions in Britain, Scotland especially. But that has been proved false, ever since Arnold Palmer won 60 years ago.

Once again the winner will most likely come from anywhere in the top 30 or 40 of those rated, so that it is just not possible to predict any one of them with conviction. Whether Tiger Woods can be considered as a possible winner may not really be a serious consideration on previous evidence this year, but at least he declares he has decided to play, having come through a pro-am in Ireland without medical mishap.

St Andrews has a reputation for disappointingly producing winners by long dIstances with very few dramatic tight finishes to excite the crowds over the years. Oosthuizen won by eight shots when I was there working for Agence France-Presse. Some even grumbled at the time that St Andrews should therefore be dropped as a venue, but this was quickly and widely scorned as being almost blasphemous.

Winning The Open at the “home of golf” is never mainly about money, although it is a principalt factor and mind-set for many who realise their limitations and strive desperately to make the cut (and therefore get some cash) after 36 holes.  About half of them will fail. The main incentive is getting one’s name on the trophy base, as well as prominently on the back pages of newspapers, with interviews and features to follow. And also to be noted for ever in the history books as the 150 years anniversary landmark champion.

We are in the midst of a Gaelic trinity in golf – the Irish Open at Mount Juliet, the Scottish Open at the Renaissance club near North Berwick and The Open at St Andrews. There might be an omen in that for a “Scottie” winner on Sunday. Maybe not Adam Scott despite being a former Masters winner nor Zimbabwe’s Scott Vincent, even having had five victories. But Scottie Scheffler perhaps, despite an indifferent start at North Berwick.

The Open is run by the R&A, not the PGA, which means all those professionals taking part in the super-rich Saudi Arabia breakaway tour will not be banned from the championship, though they are from PGA tournaments in Europe and America.

*Author and journalist John Kelley, a keen golfer, still plays the game at the age of 91 and writes occasionally for The Newshawks.

The quiet return of the ‘Good Murungu’

Nurturing footballers on the other side of town