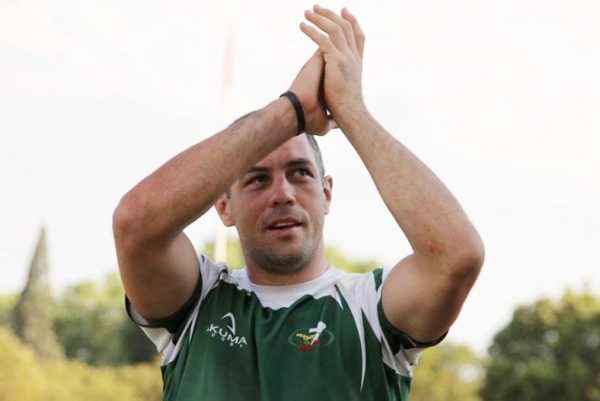 ZIMBABWE Sevens rugby legend Jacques Leitao (pictured) has leapt to the defence of the current team ahead of next week’s World Cup in Cape Town, rating it higher than the side he captained to the Bowl trophy at the 2009 edition in Dubai.

“I think player-for-player, comparing to our 2009 squad, for instance, this team has greater talent and potential than we had,” the retired Leitao told The NewsHawks on Thursday.

“They have every chance in getting the job done. It’s a fairly young squad and can only grow with experience in World Rugby tournaments.”

Many will not totally agree though with Leitao’s assessment, because results tell a different story. The new youthful side – mainly comprising home-based players in the selectors’ quest for a core group of specialised shorter format players – has been finding the going tough in a series of tournaments over the past few years, including on a recent tour of Chile to prepare for the forthcoming Rugby World Cup Sevens.

Leitao’s generation, in contrast, consistently punched above its weight, regularly getting invitations to two or three legs of the yearly World Rugby Sevens Series.

The yesteryear team soared to Zimbabwe’s best World Cup performance back in 2009 after beating Ireland 17- 14 in the final of the second of two contests outside the main competition. To reach the Bowl final, Zimbabwe defeated Georgia and Uruguay – having also earlier beaten the South American side to register their only win of the group stage.

Leitao modestly refused to make comparisons, rather attributing the gap to prevailing conditions.

“It’s difficult to pin on one thing that makes a team do well or not,” he commented.

“The circumstances are very different now compared to 13 years ago. I think we were blessed to have some tough players in that group of 2009 and we really played all out for the team and country. As difficult as things were, putting the hard work in, on and off the field, counted in our favour. I also think the game has progressed considerably and other nations have turned professional while we are still trying to get to that place. I think that’s one of the reasons we were able to compete very well in that time. We need to turn fully professional and need corporate partners to come alongside the Cheetahs for the team to achieve that. We have proven we can compete without being pro, how much more if we had a fully-pro set-up? Huge thanks to the current Cheetahs partners who are fully behind the team.”

The Zimbabwe side, coached by Graham Kaulback and captained by Kudzai Mashawi, is already in Cape Town to fine-tune for the World Cup, to be played over three days from Friday to Sunday.

There has been one change to the original 12-man squad, with Keegan Cooke replacing Vuyani Dhlomo, who suffered an injury setback ahead of the trip. Leitao has backed the team to make an impression in Cape Town, adding on a few words of advice.

“They have strong leadership in Mashawi and (Shingi) Katsvere and have a fairly youthful squad,” he said.

“They also have lots of speed across the team, and that’s always important in Sevens. I think it’s important to set goals, but in Sevens it’s also wise to take each game as it comes. Concentrate on getting a win, doing your best in every moment of the game when you run on, and things have a way of working themselves out. Competing at a World Cup in itself is a huge accomplishment and for some players it’s their dream.”

Indeed a dream, and for the likes of Leitao, the Sevens World Cup is a reminder of romantic experiences shared.

“We have very good memories of the 2009 World Cup,” reminisced Leitao.

“Being able to win games at a World Cup is a great victory. Knowing that every team is playing just as hard to win, it’s a great feeling to get a win on that stage. And winning the Bowl final is even better, against a nation with such a rich rugby history as Ireland. So that was just amazing. Also the highlight for me was proposing to my girlfriend at the time, Kelly, and then her saying yes to marrying me!”

President’s Cup urgently needs a Rest-of-the-World win, or does that matter?