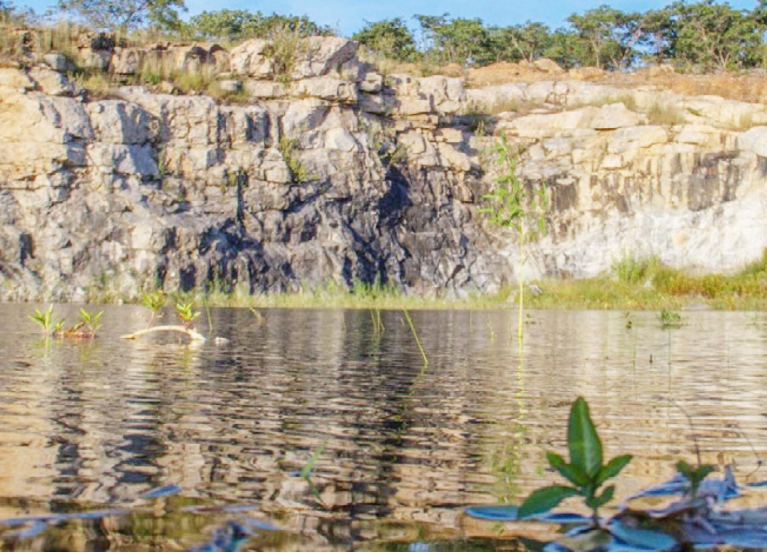 GRANITE mining by foreign companies in Mutoko and parts of Mt Darwin has left a trail of environmental degradation while polluting water bodies and posing health risks to local communities.

In a report dubbed From Mountains of Hope to Anthills of Despair, two researchers James Tsabora and Darlington Chidarara reveal that while big companies are minting millions of dollars from Zimbabwe’s granite wealth, the lives of villagers have been ruined.

“Apart from physical degradation of the natural environment, destruction of forests, hills and mountains, granite mining has led to siltation and diversion of rivers; decrease in the water table; exposure of soil and land to erosion; increased amounts of dust; boulders scattered over land and fields and huge pits and open surfaces on land previously undisturbed,” reads part of the report.

Granite mining in Zimbabwe began in 1972 in earnest but has intensified in recent years after the toppling of long-time ruler Robert Mugabe in 2017.

In terms of the law, companies that choose to enter into mining of any mineral must carry out a mandatory Environmental Impact Assessment (EIA) exercise which is superintended by the Environmental Management Agency (Ema), but the latest report shows the companies in Mutoko and Mt Darwin who are extracting the black granite have found a loophole to circumvent the rules.

“The Environmental Management Agency (EMA) is the environmental regulator. It undertakes biennial inspection visits, and environmental audits on granite mining com[1]panies. However, through a legal loophole, granite mining companies are not required to conduct environmental impact assessments (EIAs); they can only undertake environmental management plans, that are laxer and less strict as compared to EIAs,” notes the report; adding: “EMA claims to be open to receive complaints from communities about environmental violations, but communities are not aware of that. The remedies open to EMA include ticketing/fine up to level 14, the highest level of fine in Zimbabwe and legal orders, which are basically directives for companies to comply in a certain way. EMA is unable to insist on rehabilitation of the huge open pits when a company states that it will return to mine again in the same spot in the near future.”

While Chinese companies have largely been under the spotlight for the environmental crimes in the granite mining sector, others from European countries have of late been involved as well, in a development that worries local communities. At stake now is the risk of water shortages in the communities where the black granite is being mined as well as untold pollution and damage to road infrastructure.

“Those interviewed decried the massive water abstraction and use by mining companies which led to decrease in the water table. Some members pointed to massive air pollution caused by dust from mining, as well as increased soil erosion.”

“Heavy vehicles used in granite mining have destroyed roads in Mutoko and Mt Darwin. Communities complain that the road damage is not compensated for. Further, mine vehicles require flat roads, and not the hunchback roads we have in Zimbabwe. The movement of these vehicles gradually flatten these roads, leaving gaping potholes, and making roads unsuitable for motor traffic movement,” reads part of the report.

Zimbabwe has regulatory bodies such as the Zimbabwe Republic Police, which must be reigning in the errant companies, but investigations by the research team show that the law enforcement agency is weak and incapacitated.

The ZRP has a Minerals, Flora and Fauna Unit that is particularly assembled to deal with all mineral crimes and cases that flout environmental crimes. The special section of the law enforcement agents works with Ema, department of Mines, wildlife authorities, forestry authorities and water management agencies.

However, the report revealed that in Mutoko and Mt Darwin the unit has been lax.

“Despite covering granite as one of the minerals under its jurisdiction, this department is heavily under-resourced and thus lack full capacity.” The researchers who compiled the report also criticised Ema for allowing environmental crimes to unfold on its watch. Ema was also accused of failing to execute watertight checks on companies accused of gross violations of environmental best practice.

“EMA however admits that only one company seems to have re-explored its old sites, namely Natural Stone Export Company. This means the huge environmental degradation and destruction is not rehabilitated, even in terms of the EMP that would have been binding on companies. There is no environmental certification system to guide international buyers. EMA does not seem to have or to keep comprehensive files and records pertaining to the environmental performance of granite-mining companies over a period of time,” reads a section of the report.