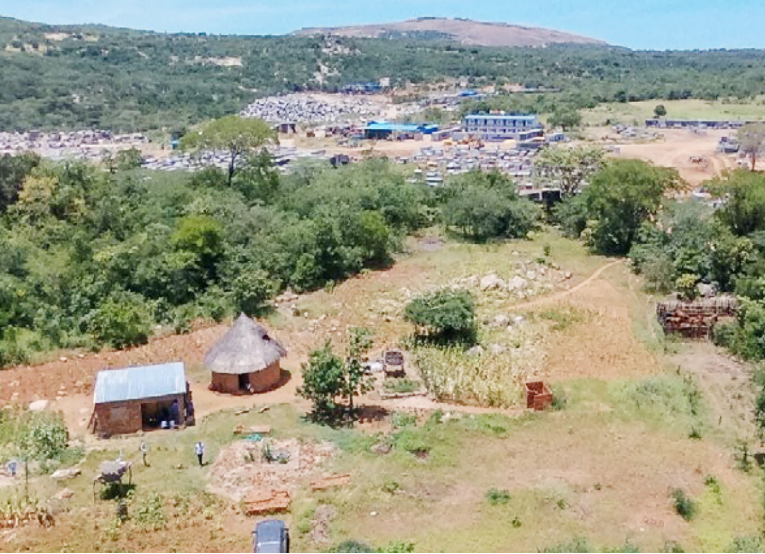 REVELATIONS that foreign mining companies in collusion with the government are plundering black granite from Mt Darwin, Murehwa and Mutoko, raking in millions of US dollars while leaving villagers wallowing in poverty are testimony to Zimbabwe’s resource curse which has obtained for the past 42 years, with analysts saying natural endowments must benefit local communities.

Last week, The NewsHawks published a detailed series of stories chronicling how black granite was being plundered, mainly by European and Chinese miners, to the detriment of communities.

While this is not a new phenomenon, it is high time the authorities prioritised communities and the future generations in Zimbabwe, analysts have said.

The country continues to lose potential revenue due to resource plunder.

An investigation into granite mining operations in Mashonaland East and Mashonaland Central has revealed the negative social and economic impact on lives and livelihoods of communities rather than an improvement in their welfare.

The bulk of the granite is then exported to Europe, particularly Italy and Spain, but the proceeds hardly trickle down to affected communities.

It is sickening that communities like Mutoko hardly benefit from the black granite that leaves daily.

About 60 haulage trucks laden with blocks of rock leave daily, as stone-cutting machinery rips mountains apart with no restraint.

The Mutoko community only got a bustop made from polished granite, a few years ago and that is the only monument the rural settlement has to show for its large deposits of granite.

Amid the heavy quarrying of sacred mountains, there are other negative consequences that come with the exploitation of the rock.

These include large-scale violations of land rights, environmental degradation, forcible relocations and evictions, discrimination, labour rights violations including perpetual short-term contracts, denial of the right to organise and the right to collective bargaining, corruption, failure to comply with health, among others.

A report entitled “From Mountains of Hope to Anthills of Despair: Assessment of Human Rights Risks in the Extraction and Production of Natural Stone in Zimbabwe”, by mining law experts James Tsabora and Darlington Chidarara states that granite extraction involves huge tracts of land, resulting in the disruption of livelihoods.

The report notes that the natural stone industry, which includes the granite-mining sector, has grown rapidly in the past three decades to become a key economic sector in Zimbabwe. It is constituted mainly by quarrying or extraction companies. There is very little processing in the country.

The industry was initially dominated by European-based companies from Italy, Spain and other nations, but in the last 10 years, Chinese companies have also gone into the sector.

The report is just a tip of the iceberg of resource exploitation by foreign entities, working in cahoots with the government.

Zimbabwe is losing billions of dollars every year to illicit mineral flows while communities are left scarred and landless.

What is happening with black granite, has long been the order of the day in the diamond-rich Marange area of Manicaland province.

After descending on the diamond fields in 2005 and plundering alluvial diamonds, investors left the community poorer.

The late former president Robert Mugabe was dismissed as bluffing when he revealed that Zimbabwe had lost US$15 billion between 2009 and 2015. But critics say although Mugabe got his figures wrong, he was right that there was widespread looting in Marange.

Seeing large profits, the government ordered the displacement of Chiadzwa people, most of whom are now living in poverty away from their ancestral land.

In Mutoko, many families are being displaced as granite extraction companies expand into communal lands.

What is disheartening is how the local leadership and even top government officials are working overtime to sabotage their own communities.

Political analyst Rashweat Mukundu said: “Resource exploitation is a sore issue for many communities in Zimbabwe who have not benefited from such resources but many have ended in prison, threatened and living in scarred lands and polluted water bodies.”

He said national leaders are complicit in the plunder of natural resources in Zimbabwe.

“The case of Mutoko, Hwange, Lupane and Marange speak to what we call the resource curse in Zim and other parts of Africa where communities are impoverished rather than benefit from natural resources. The sad part is local and national leaders are complicit in receiving trinkets from so-called investors. National resource laws must define benefits for communities within the resource areas, tighten protection and rehabilitation of the environment,” Mukundu said.

“Almost every country has foreign interests, but they concentrate on one provider, the Chinese; then you have not diversified your risk such that one country will hold you hostage. Mining has certain problems attached to it; it is not always ok. A lot of government does not understand the chain of processing,” Chan said.

Related Topics:Black graniteMutoko
Up Next