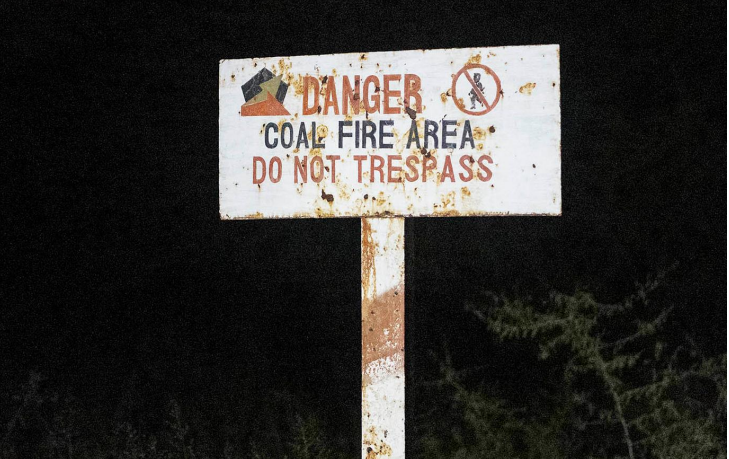 IT is a scorching hot Saturday afternoon and Gloria Tomu, a resident of Hwange town’s Makwika village, is applying a soothing ointment to her son’s severely burnt legs. Her heart is heavy. She is worried about what the future holds for her community which has for years been ravaged by underground coal seam fires.

On 9 September last year, her son Lincoln was burnt in an underground coal seam fire whilst coming from church with his grandmother.

The severely injured Lincoln, who was in kindergarten at the time of the incident, ended up spending two months in hospital. He still struggles to walk properly and constantly scratches the itchy burn scars that are visible on his lower legs and feet.

According to Dr Anupma Prakash from the University of Alaska, coal seam fires, which happen when a layer of coal ignites, are reported from nearly all parts of the world where coal reserves are present and regularly occur in areas where coal is or was actively mined.

The Worldometer website states that Zimbabwe had 553 million tonnes of proven coal reserves in 2016, which amounts to 163 years of coal left, according to the country’s annual consumption. It is through the exploitation of the huge deposits of coal that Hwange town grew.

Apart from the presence of vast coal deposits, Hwange is also home to Zimbabwe’s biggest national park which provides habitat to the world’s most diverse collection of animal species. Underground coal seam fires have been burning in Hwange for years and have caused the ground to be unsteady, putting the lives of people, domestic and wild animals that roam around the area in danger.

Although no cases of wild animals being affected have been recorded, environmental activists are increasingly raising concern over their future and well-being considering how frequent they are encroaching into mining and residential areas.

Fidelis Chima, coordinator of the Greater Hwange Residents Trust bemoaned the continuous granting of coal-mining concessions into areas next to Hwange National Park, indicating that such practices are increasing the vulnerability of wild animals to underground fires.

“The granting of coal-mining concessions in areas near Hwange National Park is a ticking time bomb to the welfare of our animals. Not only is it promoting their mass movement out of the park to areas where the underground fires have been recorded in search of peace and quiet since they are not fond of noise, the mining activities will be causing, the mining activities by the companies will also result in underground fires that will spread into the national park, putting the entire animal population at risk,” Chima says.

“The future of Hwange as a whole is currently hanging by a thread if the underground fires are not dealt with. There are increasing chances of the fires erupting where there is abundant wildlife. Wildlife makes the local tourism industry thrive and this will not do us any good. “We are calling on the government to look into environmentally friendly ways of generating energy apart from coal mining,’’ Chima said.

Hwange Colliery Company corporate affairs manager Beauty Mutombe did not respond to questions from The NewsHawks. Hwange Colliery is Zimbawe’s leading producer of coal whose decommissioned coal-mining sites have been producing underground fires.

Early this year, Hwange Colliery Company contracted mining consultants from the global DMT Group to investigate the cause of the underground fires in the town and surrounding areas and a report the consultants were supposed to produce in March has not been availed to the public.

Asked on the safety nets the Zimbabwe Parks and Wildlife Management Authority is putting in place to protect wild animals from the scourge of underground coal fires, Farawo said it was difficult to act without any single case of animal harm having been recorded.

“Wildlife management is science based, considering that we have no single recorded case in which these underground fires harmed an animal, it will be difficult to put resources towards that when we have other pressing matters,” he said.

The Hwange community though believes it is just a matter of time.

Related Topics:EnvironmentHwange coal fires
Up Next