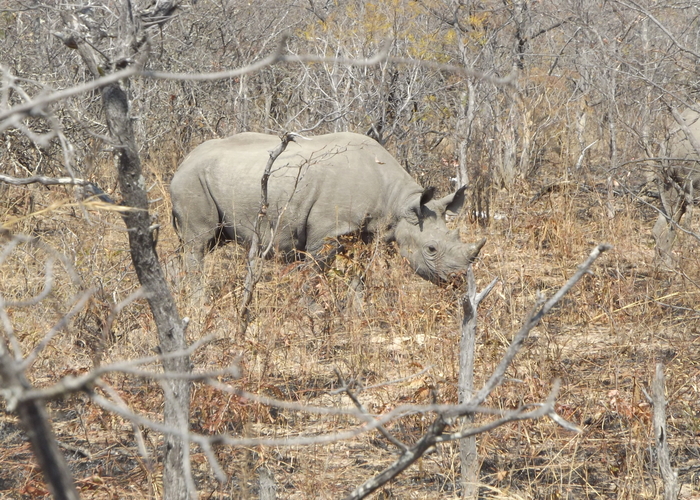 THE Midlands Black Rhino Conservancy, currently under siege from top government officials, diplomats and bureaucrats who have grabbed pieces of land, has been in existence since the 1980s, making it around 35 years old.

It is a registered welfare organisation and has conservancy status under the auspices of the Zimbabwe Parks and Wildlife Management Authority (ZimParks) whose parent ministry is Environment, Climate, Toursim and Hospitality.

It was effectively formed in 1987, then known as the Greater Munyati Conservancy, before it metamorphosed into the Midlands Black Rhino Conservancy in 1994.

As from 1994, the key objective of the conservancy became to save the black rhinoceros which were being slaughtered by cross-border poachers in various parts of the country.

The idea was to move the highly endangered black rhinos from the Zambezi basin to a central location of the country to discourage the poachers who would sneak into the country from Zambia and other countries for poaching in remote border areas.

This idea was devised by white farmers who owned land in Zibagwe district, an area of their Midlands located between the city of Kwekwe and Mvuma.

Each farmer in the area owned land measuring an average of 6 000 hectares.

The 14 land owners who gave up their land drew up a constitution in which they agreed to stop agricultural activities, pull down internal fences and stop further construction of buildings. It was done to protect the habitat of the rhinos.

Through that constitution, the farmers set a good precedent and after about 20 years, the black rhino population had ballooned to 66 calves (34 female and 32 male).

In their constitution, the farmers spelt out their objectives for forming the conservancy as: “To protect and to conserve the environment and wildlife particularly, but not by way of limitation of the rhinocerous… To promote and engage in the best practicable wildlife and land management practices that ensure a safe wildlife haven within our conservancy…”

Previously known as the Greater Munyati Conservancy, the MBRC hosts black rhinos that are resident  and other wildlife species which come in to graze from game parks that are in its vicinity, like Ngezi Recreational Park which is smaller at 6 326 hectares.

Before the new settlements, the conservancy offered wildlife-related activities that attracted foreigners who brought forex. They included game drives, bird watching, fishing, canoeing on the Sebhakwe River which stretches 15 kilometres upstream, plain game hunts, mountain biking and microlight flights that brought fun to visitors by way of viewing the conservancy sights from the air.

All these activities are now close to impossible because of the new settlers who have built homes, cattle pens and open spaces for farming, contrary to the ecological dictates of prudent wildlife management.

Related Topics:Black rhinoZimparks
Up Next

Endangered black rhinos must be protected