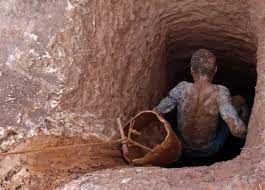 GOLD dealers are illegally taking out the precious commodity through porous border posts where they connive with politically-connected individuals, mainly at the Beitbridge border post, a new report reveals.

The report says syndicates are taking advantage of the porous border posts, corruption and political muscle to smuggle gold at the expense of the country.

“The pathway is fraught with corrupt nodes that manipulate the security systems and documentation through the abuse of privileges and power,” a report by the Centre for Natural Resources Governance (CNRG) titled Zimbabwe’s Disappearing Gold: The Case of Mazowe and Penhalonga, reads.

Only 30-40% of gold from the 8big dealers is submitted to Fidelity Printers and Refiners (FPR) while the rest is smuggled out.

“It was discovered that most of the gold is pillaged, concurring with Hunter et al (2021) findings that only 30-40% of the gold gathered by large gold buyers is submitted to FPR for the purpose of maintaining trading licences while the rest is offloaded onto the cartel platforms.”

“Most gold from Mutare and Mazowe is smuggled to Johannesburg (South Africa) by road and less by air,” the report stated.

“Mutare is also a transit city for gold smuggled from Mozambique on its way to Johannesburg.”

While many have easier access to the porous border posts, only a few have managed to smuggle gold through airports with some being caught by alert security officers.

Another Zimbabwean linked to Rushwaya was also caught at Oliver Tambo International Airport in Johannesburg, South Africa, trying to smuggle the precious mineral.

Zanu PF-linked dealers have taken over operations in the gold mining and trading deals in Mashonaland Central province, with those linked to the ruling party being roped in by struggling mines to avoid operational costs, statutory obligations and compliance, leading to serious leakages of the precious commodity at the expense of the country;

Politically-connected individuals, including one only identified as Kedah and an unidentified female dealer, are said to be controlling Mazowe mines where they are the biggest buyers.

According to artisanal miners, Kedah supplies (FPR) while others intimated that not all gold that goes to Kedah, let alone other buyers, finds its way to FPR.

“The informal nature of the operations of Kedah makes it impossible for FPR to trace whether all the gold he acquires is remitted. The acquisition of a gold-buying licence is largely a cover to mop-up gold for resale on more lucrative international markets,” the report reads.

“Most of these buyers remit a bare minimum to FPR to justify the continued renewal of the licence whilst diverting the bulk to lucrative international markets. The licences are also a guise to divert and justify gold possession to law enforcement agents.”

“In Mazowe, there are systematically organised networks of actors, from miners to buyers, forming a conglomeration of activities on one site. Although the entire mining field belongs to Mazowe Mine, each site has a ‘manager’ to which these actors register and get approval and space to carry out their operations.”

“Starting with mining, there are thousands of pits over the 2 939 hectares of land and hills of Mazowe from which artisanal miners extract gold ore.

“The miners are either ‘sponsored’ by dealers who provide tools and food for their upkeep or they self-sponsor. Ore from the pits is sent to the mills that are located at convenient sites or camps where the gold will be won.”