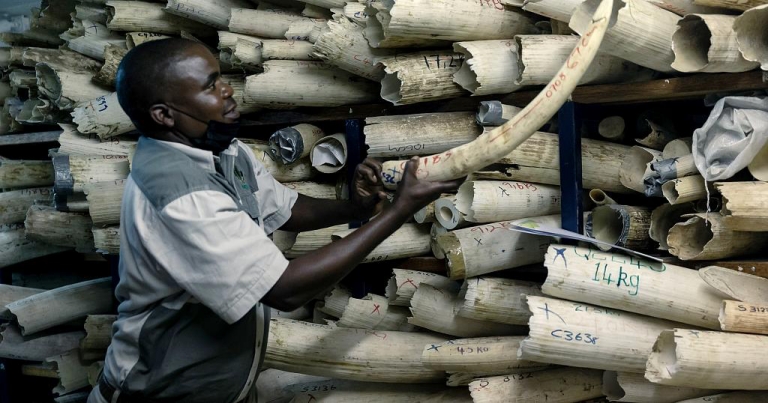 EUROPEAN ambassadors accredited to Zimbabwe have pledged to support the country in its conservation efforts following pleas from the Parks and Wildlife Management Authority for assistance in the sale of a US$600 million ivory stockpile in Harare.

The plea comes as Zimbabwe next week hosts an Elephant Summit in Hwange where at least 14 ministers responsible for tourism and environment from African countries are expected to attend.

Chinese and Japanese envoys are also expected to attend the indaba where issues of conservation, elephant management and the negative impact of the ban on international trade in elephant by-products are expected to be discussed.

On Monday, envoys from the Netherlands, Germany, France, Britain, Switzerland, Canada and the United States viewed the piled up ivory at the ZimParks offices in Harare, with the Swiss ambassador to Zimbabwe, Niculin Jager, who spoke on behalf of the diplomats, saying there was a need for co-operation.

“This is important for us to understand the functioning of ZimParks and how as players in the international community we can contribute towards conservation efforts,” he said.

Tourism deputy minister Barbara Rwodzi said the indaba will discuss the conservation and management of elephants in the region and in Zimbabwe.

“We have a capacity of 45 000 but now because of good management we are now at 95 000 elephants across the country and in the region we have a bigger number,” Rwodzi said recently.

“So we are saying let us come together before COPE15 in November and discuss this because we have other countries or regions outside Africa who are fighting that elephants should be in Appendix 1 whereby there is no trade of anything to do with elephants. We want to go with one voice, one vision as Africa,” Rwodzi said.

ZimParks director-general Fulton Mangwanya pleaded with the diplomats during the tour to assist Zimbabwe with the sale of the ivory stockpile in Harare and promised transparency in the use of the money.

“lf we can unlock the value of the stockpile, all proceeds will go towards implementation of the national elephant management plan covering conservation measures and initiatives aimed at enhancing protection of elephants inside protected areas where approximately 90% of the population is found and also in Campfire [Communal Areas Management Programme For Indigenous Resources] areas where the remainder roams wild and free,” he said.

“When other countries with decimated elephant populations look at us, they should envy us and not pity us. Our predicament is not encouraging any other elephant range states to grow their population. They ask when we get to Zimbabwe’s elephant population levels, are there any benefits or incentives for a country to be in such a situation?”

“We kindly request the support of EU for Zimbabwe to be allowed a once-off sale of our national ivory stock. We feel betrayed after adhering to the Condition in Annotation ll.”

The ZimParks chief said the money to be realised if Zimbabwe is allowed to sell its ivory will not go into government coffers but will be used in communities while also guaranteeing transparency.

ZimParks said poaching was previously rampant in the country, adding that the game rangers now have a shoot-to-kill policy towards armed poachers.

On human-wildlife conflict, officials said 68 people died last year and, so far this year, 32 have lost their lives.

The elephant population, officials said, is growing at 5% per annum and the jumbos are destroying habitats of other species.