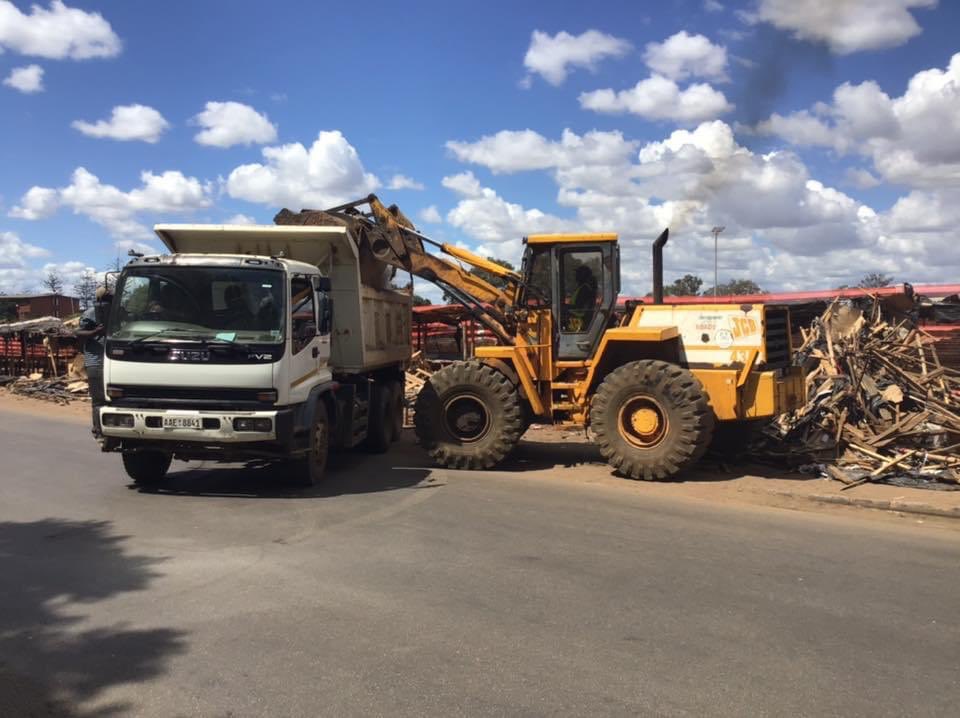 FOR over a decade, Memory Mashoko of Mtapa suburb in Gweru has been eking out a living from selling vegetables at Kombayi Fresh Farm Produce Market.

But in April 2022, it will be two years since the marketplace where she operated from was destroyed, following a government directive to renovate the vending stalls. The stalls were destroyed during Zimbabwe’s first Covid-19-induced lockdown which commenced on 30 March 2020, effectively taking away her means of survival.

Mashoko is among more than 30 000 families in the Midlands province affected by market demolitions.

Hundreds of thousands of informal traders countrywide have lost their livelihoods due to the destruction of their trading stalls during Covid-19 lockdowns.

“For more than 10 years my survival and that my family revolved around Kombayi vegetable market. I used to sell tomatoes, vegetables and a variety of crop grains and the proceeds from such efforts sustained my life,” a distraught Mashoko told The NewsHawks.

“But when the marketplace was destroyed in March during 2020’s first Covid-19 lockdown, l have been hopping from one street to another in the city’s central business district.

“Unfortunately it has been a cat-and-mouse game between the vendors and the municipal police and the Zimbabwe Republic Police officers deployed in the streets. Life has never been this tough for me. I struggle to pay rent, put food on the table and pay fees for my children.”

She said some vendors displaced by the demolitions were allocated temporary sites at Mtapa Market. She was, however, among the unlucky ones who failed to get operating space.

Now Mashoko, a registered informal trader with a council permit, has joined a league of illegal vendors locked in endless running battles with the authorities.

Her situation is similar to that of John Moyo who used to operate at Kudzanai Bus Terminus. Although the refurbished market sites at the long-distance terminus were recently opened to informal traders, Moyo was unfortunate as he could get his vending space back.

“Overnight l found that there were now new faces at Kudzanai and l wonder what criteria were used to allocate the market stalls,” a bewildered Moyo told The NewsHawks.

Moyo is now also on the streets, caught up in never-ending fights with municipal police.

“My wares are regularly confiscated and l have either to bribe the council officials or lose them altogether,” he said.

According to the Zimbabwe National Chamber of Small to Medium Enterprises (ZCSME’s) Gweru chapter chairperson, Tafadzwa Mazorodze, the demolitions took away the source of livelihood of 36 000 people across the Midlands province.

“A significant number of people’s source of income has been affected.The traders relied on selling their wares to buy food, pay rentals, bills and school fees for their children.”

Soon after the demolitions, former Gweru mayor Josiah Makombe said council would ensure registered informal traders got priority in the re-allocation of vending bays. But when Kudzanai Bus Terminus market was re-opened, Mashoko and Moto, among many other registered vendors, were left out in the cold.

A visit by The NewsHawks this week to Kombayi Market pointed to renovations that were far from completion anytime soon.

Last year, council admitted that it was too financially constrained to revamp market stalls it destroyed hence had to rope in private companies to do the job.

The private firms have, however, failed to meet deadlines on several occasions due to various challenges.

The affected vendors have no option but to join their counterparts who operate illegally as they try to make a living.

But this week council said it had no option, but to descend on unregistered vendors in a bid to enforce the city’s by-laws.

“We have City of Gweru hawkers and street vendors by-laws which state that the business community needs to be protected, bearing in mind that they pay Zesa and council bills,” council said in a statement.

“More so, informal traders should operate at a place provided to them by council and should have a valid health certificate and hawker’s licence.

But those displaced by the demolitions maintain that the re-allocation process is not transparent, leaving them with no option but to operate illegally.

There are more than 5 000 people on the vending waiting list and the Midlands capital has been struggling to accommodate them at designated market stalls.