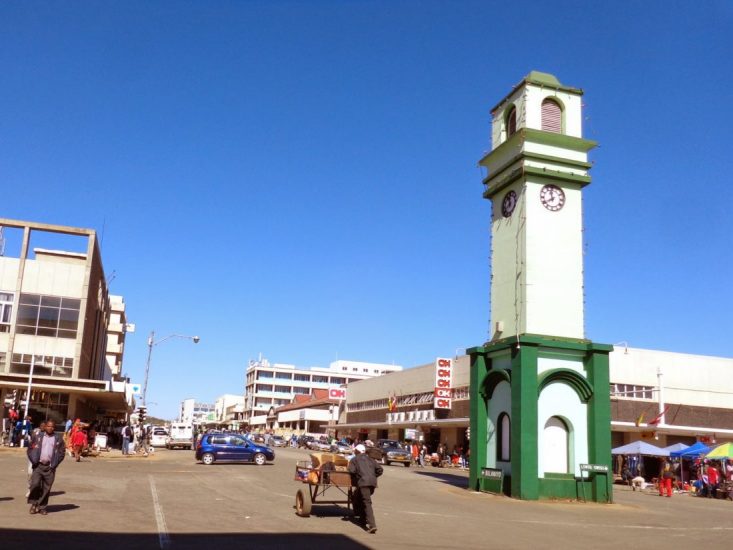 FORMER Gweru City Council acting chamber secretary Gibson Chingwadza, who was fired from the local authority for multiple counts of corruption cases involving US$300 000, has been fielded by Zanu PF to represent the party in a by-election set for 3 December.

Gweru district elections officer Joshua Mhino announced on 3 November that Chingwadza had been duly nominated to stand in the ward 4 council by-election on a Zanu PF ticket against Citizens’ for Coalition Change candidate Martin Chivhoko who was recalled by Douglas Mwonzora’s MDC-T last month.

The nomination was in accordance with section 125 sub-section 4 (b) of the Electoral Act Chapter 2:13 as read with the Zimbabwe Electoral Commission notice, published on the 13 and 20 October 2022 announcing the holding of by-elections in Gweru.

In another by-election in ward 18, John Manyundwa (CCC) will contest against Zanu PF’s Walter Makwalu of Zanu PF. When he was suspended in 2020 pending a full disciplinary hearing that recommended his dismissal, Chingwadza doubled as estates and valuations manager.

He was found guilty of cases that included leasing of tower light stands to network providers without a council resolution, valid lease agreements and proof of rental payments. Council also proved that Chingwadza failed to put in place controls in the advertisement and disposal of commercial, industrial and institutional stands.

“You leased five tower lights or you caused five tower lights to be leased by council to Tow[1]er Resources for use as base stations for various network service providers with no council resolu[1]tions that approved the leasing, valid lease agreements or proof of rental payments. “The total prejudice to council is US$246 877.59,” read part of the charges.

Chingwadza did not comment on the corruption allegations via WhatsApp although he sent greetings to this reporter.

“How you Sir, we are well this side,” he said in his brief response. He did not pick phone calls. Another section of the charges laid against him leading to his dismissal at Gweru council accused him of having: “. . . failed to take appropriate action to safe[1]guard council assets and collect revenue due and you failed to put in place controls in the advertisement and disposal of commercial, industrial and institutional stands as the process weren’t safeguarded enough to allow for more checks and balances.

“Resultantly, due to fraud, theft or gross misconduct, council was prejudiced US$28 919.81.”

Council also charged Chingwadza for falsifying stand measurements, selling stands without following laid down procedure and converting land reserved for a golf course in Mkoba into five stands leading to council losing US$16 059.22.

On another charge, Chingwadza was said to have let Barna Gardens, a resort place along Ha[1]rare Road, operate without an updated lease for which it was his office’s responsibility to make sure that such paperwork was in place. He was also charged for being involved in the illegal sale of Kudzanayi Long Distance Bus Terminus in which no proof of payment could be located. The deal was later cancelled and a new private player roped in to develop the terminus.

He was also accused of failing to keep proper and traceable documentation to land sales and proof from council also showed that the former chamber secretary would either inflate or reduce stands costs against council recommendations.

In the charges, council said Chingwadza would “. . . re-allocate, rename and replace stands without council approval.”

After having been found guilty and fired by the council disciplinary hearing, Chingwadza appealed to the Labour Court and lost the case. He has now taken the matter to the Supreme Court, seeking to be cleared of the convictions.

Chingwadza’s nomination has raised eyebrows in Gweru due to corruption allegations. If Chingwadza wins the election, he may superintend over some workers who gave evidence in his cases such as the current town clerk Vakai Douglas Chikwekwe.

Cornelia Selipiwe, the Gweru Residents and Rate Payers Association director, told The NewsHawks that when political parties are choosing candidates that represent them in elections it would be in the interest of residents to pick those “who are in good standing and will be able to represent us perfectly”.

“The challenge with these political parties is that they are just seconding people just for the sake of it. Local governance needs more than that. It’s about the qualities of the person and their credentials because at the end of the day, a councillor is someone who must make policies, deliver and be a custodian of our local authorities’ properties,” he said.

“So, these political parties must make sure that whenever they send someone to be a candidate that person must have qualities of good governance.” Current town clerk Chikwekwe said he could only confirm that Chingwadza was indeed dis[1]missed by council and lost an appeal at the Labour Court.

“I would not know if he has any other convictions but at council we finished with his cases as you mention,” he said.

Related Topics:GweruZanu PF
Up Next

Another weekend behind bars for Sikhala