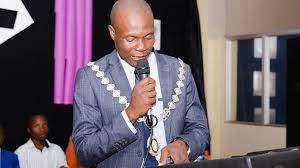 GWERU residents this week came out guns blazing, amid reports that former mayor Josiah Makombe, who was recalled by the Douglas Mwonzora-led MDC, is refusing to hand over to council a high-powered Toyota Prado vehicle at a time the financially crippled local authority is struggling to provide services to ratepayers.

Early this year, residents again crossed swords with the Gweru City Council over the purchase of a top-of-the-range car, which they said was supposed to be disposed of in exchange for service delivery vehicles.

US$170 000 as part of then town clerk Elizabeth Gwatipedza’s benefits.

Gwatipedza has since been fired on allegations of gross mismanagement and abuse of office.
The vehicle was delivered by suppliers in 2020, with city fathers joining hands with residents to condemn the extravagant acquisition.

But Makombe, who was among those who criticised the purchase of the vehicle, is now declining to hand back the vehicle to council. This is despite the election of a new mayor, Hamutendi Kombayi, about a fortnight ago.

Contacted for comment, acting town clerk Vakai Douglas Chikwekwe confirmed that Makombe was yet to surrender the Toyota Prado to council.

Gweru Residents and Ratepayers Association director Cornelia Selipiwe said Makombe’s actions were a demonstration that Gweru councillors do not have service delivery at heart but are driven by “self-aggrandisement”.

“This is a clear testimony, a clear indication that when these councillors are elected into office they are not elected to serve people but their own egos, to fatten their own pockets,” Selipiwe said.

“I don’t see why council property is taken by someone for personal use. It’s all hogwash and nonsensical and it shows that as a city we are not going anywhere. Why take the Prado that was moreover initially bought for the town clerk? This goes to show the level of selfishness of these people and it’s really dangerous for the city and we will never progress as long as we have such deployees who are bent on milking our local authority. How does one want to get terminal benefits when they are fired?”

Gweru United Progressive Residents and Ratepayers Development Association executive director David Chikore said the “grabbing” of council assets by selfish politicians is a burden to ratepayers who often have to contend with poor service delivery.

He said Makombe should do the “honourable thing” and surrender the vehicle to council.
“It’s a sad day for our already financially strained city,” Chikore said.

“This heightens calls for residents to elect into office people with a heart to serve and not to strip council assets for personal benefit. The former mayor should do the honourable thing and surrender council property.”

Makombe did not respond to questions from The NewsHawks.

Over the years, Gweru City Council, like most urban authorities in the country, has been struggling to supply residents with water, attend to sewer bursts and collect refuse, among other key service delivery benchmarks, with residents accusing city fathers of being extravagant.