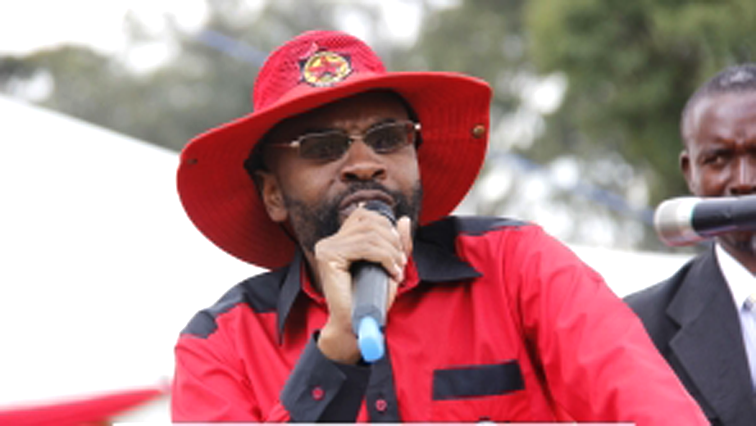 THE NewsHawks correspondent caught up with veteran trade unionist Peter Mutasa, who was recently elected chairperson of the Crisis In Zimbabwe Coalition (CiZC), Peter Mutasa (PM).

He shared his plans for the new role, reflected on his ouster at the last Zimbabwe Congress of Trade Unions (ZCTU) elective conference and buttressed calls for citizens to unite and take control of their destiny:

NH: How are you? Congratulations on your new appointment.

PM: Thank you comrade. I am blessed. I thank God for granting my colleagues and I the opportunity to lead in this difficult struggle for the democratisation of Zimbabwe.

NH: So what are your immediate plans in your new role?

PM: We are looking forward to our inaugural board meeting. This will follow after the board induction session. It is in this board meeting that we will evaluate the annual general meeting resolutions and proposed annual programmes.

I think we will also take time to meet all the important stakeholders, both internal and external, as soon as possible. We are going to be guided by the AGM resolutions that are quite elaborate and challenging.

NH: You have risen at a time when relations between the civil society organisations and the government are deteriorating. How do you in[1]tend to transform the landscape for the better? PM: It is a pity that the government regards every sector that raises grievances as enemies.

Civil society organisations are not enemies of the state, but must be seen as collaborators in governance. We must be allowed to influence state policies and how power is exercised by the state on behalf of the various societal groups that we rep[1]resent.

Mutual relations between societal groups and the state have led to progressive development in other countries through policy co-creation and transparency. Lack of it and animosity between Zimbabwean government and civil society has propelled us into state failure.

We will do all we can to build trust and mutual cooperation with state actors. However, we will also use the constitutional rights to express ourselves where the state negates social dialogue. At the end of the day policy formulation is a political process and citizens ought to exercise their agency to influence and shape policies.

This entails utilising the civic and political rights guaranteed in the constitution and international treaties. As to the specific strategies, these will be collectively agreed and deployed according to the collective wisdom.

PM: This is one of the most draconian policy drives of the current establishment. The objective is political and not hidden from many citizens. It is to weaken civil society organisations through undue interference in their administration, excessive regulation and threats of deregistration. The Bill also seeks to criminalise a number of acts of commission and omission.

Knowing our governance environment, this will be abused and used to persecute perceived enemies of the state. At the end of the day the government is simply seeking to silence any dissenting voices and consolidate its one-party state agenda.

This is bad for all citizens and in my view this Bill must be resisted by all sectors and we agree on a progressive amendment Bill through proper consultations.

NH: So how do you intend to work with civil society organisations around the amendment exercise?

PM: I believe in collective decision-making and efforts. I also know a lot of work has been already put into this aspect.

Then we will collectively push back against this bill. Hopefully the citizens will win and government will change this process and start a more consultative process.

NH: What challenges do you think are con[1]fronting the country’s civil society organisations sector today?

PM: In my view, the main problem engulfing the whole country is dictatorship. This is affecting all sectors, including the civic society organisations, in a big way. Citizen participation is never effective in a dictatorships; in fact, it is dangerous and risky.

We are witnessing the shrinking of democratic space in a form and manner never witnessed before. Every dissenting voice is seen as an enemy of the state. This has put civil society organisations and personnel at great danger. There is also capture of state institutions, rendering usual tools of civic participation ineffective.

Everything is overly politicised and institutions of the state no longer function independently. There are a lot of political gatekeepers that must be negotiated with, even on purely developmental programmes, which must be implemented in a non-partisan way.

Some areas are no-go areas for particular activities. This impedes the work of civil society organisations. The criminal justice system as a whole, including the judiciary is com[1]promised and arm-twisted into partisan consideration of issues.

This leaves the citizens and their organisations with nowhere to get refuge. In addition, rules are changed haphazardly and without notice. The Harare metropolitan province secretary for Provincial Affairs and Devolution, Mr (Tafadzwa)Muguti’s unlawful orders are a case in point.

This makes programming uncertain and subjected to political interference. Then I also think the other problem is the economic and social implosion. The level of poverty and vulnerability is now extremely high.

The state is failing and that is heaping all the burden on civil society organisations who can no longer cover the huge gap in most of the cases. There is need for a quick resolution of the Zimbabwean crisis.

NH: Going back to the AGM which elected you, there were reports of rigging. What is your take on that?

PM: The AGM, like every elective process, has its own fair share of political narratives. I believe the elections were carried out within agreed parameters in a democratic, fair and open manner. All candidates and their agents were always consulted and agreed on all the processes.

There is one comrade who is raising issues that lack cogency and without proof. The majority of our members have accepted the process and we are moving on towards the hard-hat-area work that we face.

These issues must not cloud the important resolutions of the meeting, which include the following:

NH: We understand you also relinquished your position as the Zimbabwe Congress of Trade Unions leader. How would you describe the conditions which led to your ouster?

PM: We had our constitutional conference and, whether I had issues or not, it is now water under the bridge.

These are the pains of democracy and every democrat has to go through such pains. I know the regime and its propaganda mouthpieces were very happy and actively sought my departure from ZCTU.

This only shows that together with others we were doing a good job of defending workers against a repressive and brutal state.

I was going to be extremely worried had the regime been happy with me and sought me to stay at the helm of ZCTU. It would have indicated that I had sold out the workers’ struggle.

I rejected all the patronage enticements because I could not sell out workers. I got in danger and my family was brutalised, including my nephew who was abducted and left for dead.

They poisoned me and I almost died had God not favoured and saved me. So I have no regrets and will continue with the struggle until Zimbabweans are free from this tyranny.

NH: What is your word to development partners supporting local NGOs?

PM: Firstly, I thank all the development partners that have stood with us for a long time. The Zimbabwean crisis has been gone on for a long time. We have managed to sail through because of global solidarity.

Some people would have faced starvation, dropped out of school and failed to get medical care and other services had it not been for this global solidarity assistance. The oppressed and exploited masses would not have effectively raised voices and demanded accountability had we not received some of the material and technical assistance.

Our struggle for freedom, democracy, social and economic justice, equity and equality is legitimate and still unfinished. Like in the struggle for Independence, where we got assistance from across the globe, Zimbabweans require assistance.

We kindly ask for continued solidarity in various forms.

NH: What is your message to the people of Zimbabwe?

PM: I make a plea to citizens of Zimbabwe to unite and collectively fight for our freedom. The ruling elites and their cronies will never say they have had enough.

They are going to continue to accumulate wealth while we wallow in poverty until we stop them. The Zimbabwean problem is the dictatorship. Its effects spare no one except those benefiting from the dictatorship patronage.

We are no longer wanted and are being deported from many countries. We need to unite and seek democratisation of our country and to rescue our economy and state from capture by a few.

Our economy has to start working for the majority, not a few powerful ruling elites. It may be a tough call, but our history teaches us that it is possible for a united people to win against a brutal dictatorship. We are our own liberators.