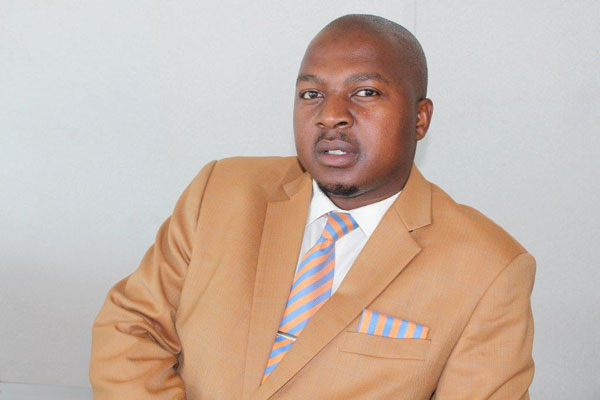 THE Zimbabwe National Road Administration (Zinara) is yet to recover millions of dollars it lost through massive corruption, bad corporate governance and maladminstration flagged in the 2017 Grant Thornton forensic audit, although the institution has implemented 90% of Parliament’s recommendations.

This was revealed when Zinara board chairperson George Manyaya and the management led by chief executive Nkosinathi Ncube appeared before the Public Accounts Committee (PAC) on Monday to give oral evidence on how the authority has implemented the committee’s recommendations aimed at dealing with the misgivings the Grant Thornton forensic audit revealed.

The forensic audit report for the period 1 January 2011 to 31 March 2016 revealed the government agency had lost millions of dollars through wanton financial waste and unsubstantiated payments to board members, senior company officials and dodgy procurement deals.

The audit revealed senior managers systematically creamed off the road fund through allocating themselves huge, unapproved allowances and bonuses — which were, in some instances, paid several times in a year.

“Over and above this, Board Members were paid fees and allowances in respect of any activity done in the name of Zinara. This included workshops, conferences and other functions. Apart from huge board fees, board members were the recipients of a number of unauthorised goods and payments which included the following: 56 Christmas hampers worth US$55 700 were bought from OK Mart on the 11th of December 2018 from a CBZ account. Each board member received hampers valued at US$9 600. The Christmas hampers were accounted for in the records of Zinara as expenditure for ‘office supplies’,’’ the report read in part.

“On 22 August 2014, a payment of US$23 518 was made to Solution Centre for the purchase of Ipads for 12 board members. This purchase was not authorised by the parent ministry. At one stage on 5 September 2014 and without a reasonable explanation, a board meeting was held in Victoria Falls. Board Members were asked to complete two separate allowance forms totalling fees of US$5 140 paid to 12 Board Members. When Infralink was formed, three board members were seconded to the company, namely Albert Mugabe, Davison Norupiri and Engineer Jeffrey Nkomo. Without ministerial approval a total of US$44 167 was paid to these board members,’’ the report further read.

Regarding the issue of procurement, the audit report revealed that millions of dollars were lost through failure to go to tender, overpayment of contracts or the manipulation and alteration of contracts after the tender board had made approval subject to certain conditions or the deliberate misleading of Zinara.

The parastatal executed special projects with many questionable and dubious contactors which cost the organisation the sums of US$71 487 896.21 and ZAR 31 452 102.53 outside of its sole function of distributing resources to road authorities who are in fact local authorities.

The contracts were drawn up illegally. In the majority of the special projects, there was no delivery, no performance and no oversight by the Zinara board and it was noted that the special projects were nothing other than the looting of resources by the executive of Zinara in connivance with corrupt contractors.

For instance, Twalumba Civils (Pvt) Ltd was awarded contracts to the total value of US$10 195 669 for rehabilitation and  construction of five rural and urban road networks and two bridges in Bindura rural, Bindura urban, Binga, Bubi and Umguza, all of which it never completed.

Zinara also paid Golden Roads, a private company incorporated in the British Virgin Islands, about US$70m for securing a Development Bank of Southern Africa (DBSA) loan for the construction of the Plumtree-Mutare highway by Group Five. However, DBSA and Group Five highlighted that they had no idea who Golden Roads is and had never dealt with them.

It was therefore recommended that Zinara, on a case-by-case basis, with the assistance where necessary of experts, for instance the Zimbabwe Engineers’ Council and the Institution of Zimbabwe Engineers, must endeavour to recover any amounts paid to contractors who did not perform or render services in terms of their contracts and the recoveries were supposed to be made within a period of 12 months from the adoption of the PAC recommendations.

During Monday’s oral evidence hearing, legislators took turns to inquire how much money Zinara had recovered from all the fraudulent activities that had been highlighted by the audit report.

“I am going to centre my questions around recovering of monies that we recommended that you were supposed to recover, first one was for the overpayment of purchases of graders, if you look at paragraph 53:1, you overpaid Univern

Enterprises (Private) Limited with US$1 223 640 and we recommended that you were supposed to recover this money and we never heard you say anything about that recovery,” Mberengwa North legislator Marko Raidza said.

“We said you were supposed to engage the institute of engineers so that you can validate your claims to the contractors like Badon, Drawcard, Notify, Twalumba, Fremus and other contractors that you gave contracts to and they never delivered but you have paid them but we never heard you comment on the actions that you have taken on that.”

Norton MP Temba Mliswa concurred with Raidza’s sentiments, adding: “So if you look at the Grant Thornton report on the DBSA loan, it’s very clear that DBSA has no knowledge of the facilitator of the loan, Golden Roads. They have been paid US$70 million. We are talking about the money that was supposed to go to service the loan but it was paid to a facilitator who DBSA has no knowledge of. Who are they (Golden Roads) and what have you done to recover the money?

Gweru Urban legislator and chairperson of the PAC committee quickly jumped in, saying: “You may want to answer that directly without many stories behind to just say the fake facilitator we gave US$70 million was found and we managed to recover our money and we got them arrested or we failed to recover anything at all. That’s what the honourable members want to hear, at this point in time.”

Zinara CEO Nkosinathi Ncube failed to give a solid answer on the recovery of the US$70 million. However, he revealed that his organisation had stopped paying Golden Roads. Armed with a contract, Golden Roads is challenging the decision to stop payment.

“Our question is not on whether you (Zinara) have a contract with them (Golden Roads), these are what we then term null and void or legal fictions. You don’t get paid for signing a contract, you get paid for working, that’s where the honourable members’ line of questioning is coming from. What job did Golden Roads do? Them having signed a contract doesn’t matter. What was the US$70 million paid for and why haven’t you recovered it?”

Zinara board chairperson George Manyaya responded to Dube’s question, saying: “I can confirm that the board had a meeting on the 25th of February and we passed a resolution to terminate Golden Roads’ contract and ever since this management has come, we have not been paying them. So, what we have then done in terms of the law, because we then realised that there was a contract signed by the former CEO Chitukutuku, is we wrote to the Minister so that he can write to the Auditor-General”.

Dube immediately voiced concern over the non-recovery of the money, saying: “And after terminating . . .? We are worried about the US$70 million. Are you saying that we are not going to get that money back? It’s unjustified enrichment, paying a crook for doing nothing and it’s a lot of money”.

Regarding the contractors who failed to complete the special projects they were working on after having received full payments for the work, as well as former Zinara workers who systematically creamed off the road fund through allocating themselves huge, unapproved allowances and bonuses, CEO Ncube said: “What we have and we are going to share with you is the list of cases which also is attached to all those you raised. There is a case number that the Zimbabwe Anti-Corruption Commission (Zacc) is currently looking at.”

“In terms of recovery, really it’s poor, but in terms of follow-up it is happening and it’s ongoing, but recovery wise there isn’t much we can talk of,” Ncube added.

The recovery of US$1 223 640 that was overpaid when Zinara purchased graders from Univern Enterprises (Private) Limited was not responded to.

It was also noted that Zinara’s average wage expenditure was 11% of total expenditure, being 8.5% over the statutory limit and during the financial year 2013 that seven senior managers received gym equipment worth US$4 000 per person when there was no provision for gym equipment in the contracts of the individuals.

The auditors noted that the concerned employees already had a contractual paid benefit to any gym or sports club of their choice. The gym allowance was not processed through the payroll and the payment voucher was not acquitted.

In addition, for the period 2011 to 2013, a hair allowance was paid for every lady employee for a hairdo at She and He, Red Rose and Ladies Hairdo saloons for a total amount of US$24 500, yet the female employees’ contracts did not provide for this benefit and further, just like the gym allowance, this allowance was not processed through the payroll.

Parliament’s Public Accounts Committee thus recommended that current and former board of directors who were unlawfully paid allowances outside the terms of reference and contracts should be asked to refund what was paid to them within six months of the adoption of the committee’s recommendations, failure of which would result in the institution of legal action.

PAC commended Zinara which has implemented 90% of the committee’s recommendations on the great strides they have taken to fix the corporate governance issues flagged in the Grant Thornton forensic audit, but bemoaned the non-recovery of millions of dollars lost through underhand dealings also in the same report.