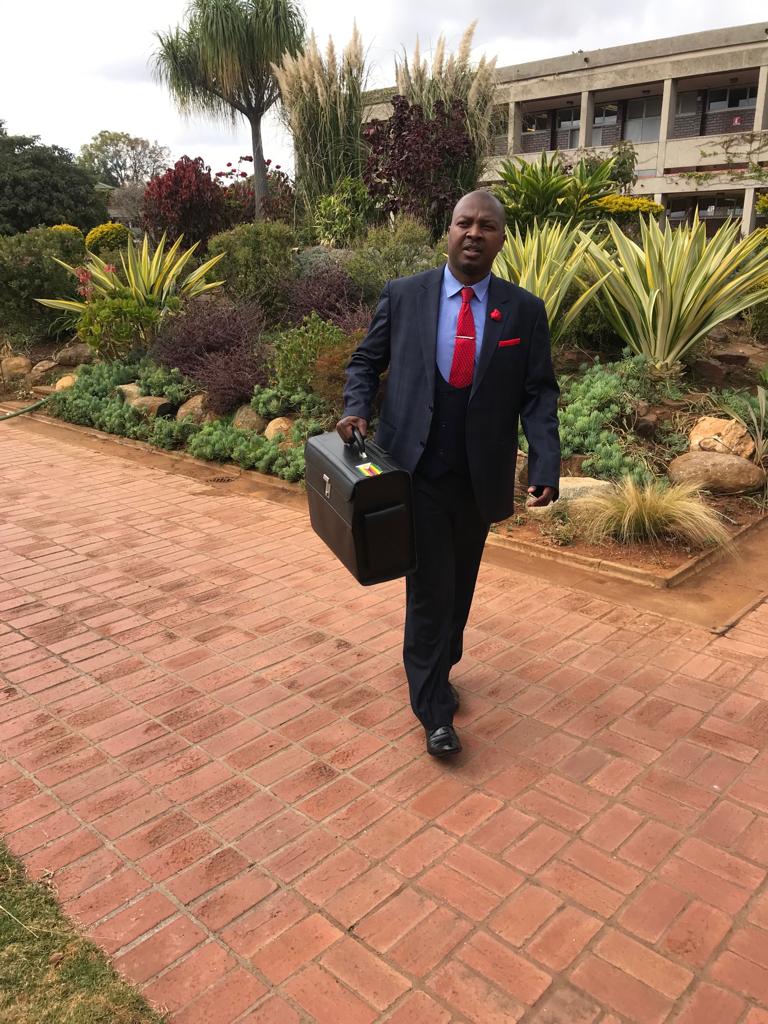 PARLIAMENT’S Public Accounts Committee (PAC) has summoned the Zimbabwe National Road Authority (Zinara) board and management to give oral evidence on how the authority has implemented the committee’s recommendations following a Grant Thornton forensic audit which uncovered massive corruption, bad corporate governance and maladminstration that resulted in the parastatal losing millions of dollars.

Board chairperson George Manyaya (pictured) and the management led by chief executive officer Nkosinathi Ncube will appear before the Brian Dube-led committee on Monday.

The Grant Thornton forensic audit report for the period 1 January 2011 to 31 March 2016 revealed the government agency had lost millions of dollars through wanton financial waste and unsubstantiated payments to board members, senior company officials and dodgy procurement deals.

The audit revealed senior managers systematically creamed off the road fund through allocating themselves huge, unapproved allowances and bonuses — which were, in some instances, paid several times in a year.

Auditor-General Mildred Chiri has over the years also picked up massive corruption at Zinara, which has become a feeding trough for senior government officials, corrupt executives and board members.

Apart from the Grant Thornton report, Zinara officials are also expected to inform the committee how they have addressed the plethora of concerns and recommendations made by Chiri, in her yearly reports. Chiri has consistently highlighted corruption at Zinara and other parastatals.

PAC made 74 corporate governance recommendations to Zinara after studying audit reports which showed the organisation was rotten to the core.

For many years, Zinara was operating without human resources, financial and procurement policies, resulting in abuse, financial losses and unqualified personnel being employed because of nepotism, among other reasons.

Audits also questioned unfavourable contracts entered by Zinara and other parties, including the US$206 million loan from the Development Bank of South Africa for the rehabilitation of the Plumtree-Bulawayo-Harare-Mutare highway. PAC recommended that Zinara renegotiate the terms after the road authority failed to repay the loan which was advanced in 2011.

Some contracts entered by Zinara and its partners had no timeframe, which was seen as a grave anomaly.

The audits reveal massive corporate governance gaps both at board and senior management levels which have resulted in the organisation losing focus on its core mandate as provided in the Roads Act. This loss of direction is exemplified by a focus on using financial instruments to fund Zinara projects, instead of putting in place effective measures to maximise revenue.

Zinara, for example, has over the years awarded shady contracts to dubious companies, whereas its mandate is to collect road user funds and disburse them to road authorities. PAC has recommended that Zinara stick to its founding mandate.

Board members have over the years also been receiving allowances for attending meetings and workshops,  using approved board-sitting fees, whereas they were not not supposed to get such payments.

Board members were also getting benefits which were not stipulated in their contracts. These include money for haircuts and massive Christmas hampers.

The report reveals that Zinara was operating without a human resources policy, revealing that its staff recruitment and upgrading system was open to manipulation by management.

Capitalising on this loophole, the Grant Thornton audit report says former CEO Frank Chitukutuku made himself the sole recruiter of senior staffers at Zinara during his time at the helm of the authority. He interviewed staffers by himself.

The audit found that, for instance, Chitukutuku individually interviewed former Zinara director of operations Precious Murove and gave him the position of procurement officer despite the fact that he did not have suitable qualifications.

“Mr P Murove joined Zinara in August 2009 as a procurement officer. Mr Frank Chitukutuku, the former CEO of Zinara was the only interviewer. Mr Murove’s qualifications at the time were; a certificate in stores and supplies management from the Air Force of Zimbabwe and a diploma in biblical studies from Africa Multination for Christ College. The certificates were not availed for inspection and there were no copies in his personal file,” the report says.

Notwithstanding his lack of qualifications, Murove quickly rose through the Zinara hierarchy, earning a promotion as administration and human resources manager within 12 months. Three years later, he became Zinara’s director of administration on the strength of a fraudulent qualification, the audit notes.

“At the time of the promotion to the position of director of administration, Mr Murove had attained a diploma in business administration from Azaliah University in New Mexico (USA). A list released by the New Mexico Higher Education Department on their website dated June 2014 shows that Azaliah University was closed in June 2012,” the report notes.

Among the recommendations made by PAC after studying the Grant Thornton forensic audit and the Auditor-General’s report is that disbursements should be done in line with provisions of the Road Act.

PAC also recommended that Zinara cease interfering with the procurement processes of road authorities by, among other things, recommending companies to receive tenders.

PAC also called for greater transparency on disbursements made by Zinara.

The committee recommended that Zinara invest more resources on monitoring of internal controls of road authorities and training personnel to ensure that disbursed funds are being used effectively.

PAC wants to establish the extent to which Zinara has complied.