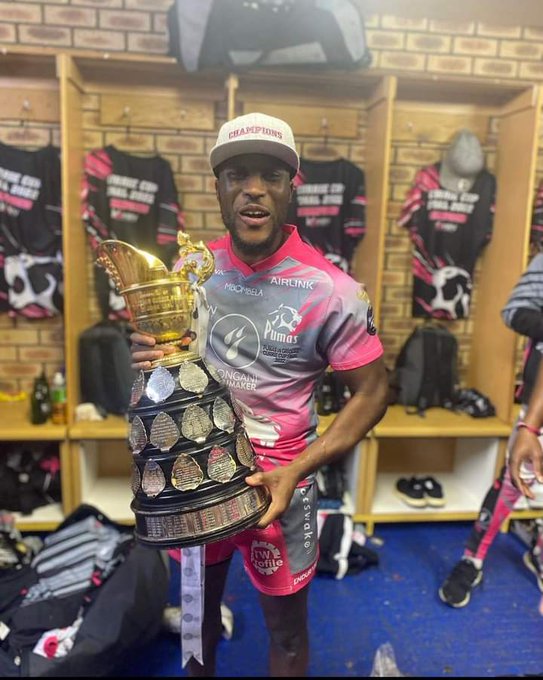 ZIMBABWE go into the upcoming Rugby Africa Cup seeking a spot at next year’s World Cup with their best days more than 30 years behind them.

There have been seven failed campaigns since their last appearance at the tournament in 1991, with Namibia denying the Sables repeatedly, and the emergence of other teams on the continent such as Kenya has made qualifying all the more difficult.

Yet Zimbabwe had a huge confidence-booster with a 30-7 win away to the Netherlands on Saturday in their final warm-up game – their first Test match in Europe in 31 years and their first win ever in Europe.

The result saw the Sables move up seven places in the world rankings to 27th, above the Netherlands and three places behind Namibia, who they could meet in the semi-finals of the Rugby Africa Cup in France.

Needing to reach the final to have a chance of qualifying for the World Cup finals, coach Brendan Dawson feels his team is ready for Friday’s last-eight clash against Ivory Coast in Marseille (this match has been played as you read this).

“We won’t get beyond ourselves. We weren’t too clinical in certain areas like the breakdown against the Netherlands, but we go into the qualifiers as prepared as any team can be.”

The main part of the Sables’ preparations was participation in South Africa’s Currie Cup, where they played as a guest team in the second tier of the domestic competition.

Despite finishing ninth of the 10 teams, with three wins, Dawson felt that it was a useful exercise.

“We came into this tournament understanding that we were going to use it as a building process and that we weren’t going to be results-driven,” said Dawson, himself a former international with World Cup experience.

“It was all about getting the right squad for the Africa Cup and winning three games there boosted the morale and made the guys understand the system.”

With South Africa excluded because of apartheid, Zimbabwe made appearances at the first two editions of the World Cup in 1987 and 1991 as Africa’s sole representatives.

However, the bigger picture is a decline in the quality of the team over the years, with some top players changing allegiance, most notably Tendai “The Beast” Mtawarira and Tonderai Chavhanga, who both switched to South Africa, and David Pocock, who played for Australia.

The South African system has also taken some Zimbabweans who have impressed at school level.

Dawson’s squad selection for the Rugby Africa Cup is a mixture of home-based and foreign-based players, some who feature for small clubs, but one major blow was the withdrawal of Brandon Mudzekenyedzi, who plays for Waikato in New Zealand.

Takudzwa Musingwini and Brendon Marume, two players who helped Zimbabwe qualify for the World Rugby Under-20 Trophy, are in the squad while full-back Tapiwa Mafura of South African side Pumas will be another key player in a side captained by Hilton Mudariki.

Zimbabwe came agonisingly close to qualifying for the 2015 World Cup, needing a bonus-point victory over Kenya in their last game at the round-robin tournament in Madagascar.

The Sables won, but the 28-10 scoreline was not enough for a bonus point, and Namibia once again took Africa’s qualifying spot.

Dawson was also the coach back then, in an earlier spell in charge, with Cyprian Mandenge his assistant.

“We just needed another try to qualify, and it still hurts up to now,” Mandenge told BBC Sport Africa.

“But I think we will go to the World Cup this time. Many times we’ve been affected by poor preparations, but these are the best preparations that I can remember in my long time in rugby, and I think we’ve got a good chance.”

While Zimbabwe can fancy their chances of beating Ivory Coast in the quarter-finals, Namibia are likely to stand in their way again in the last four – and history is very much against them.

Only the winners of the Rugby Africa Cup are guaranteed a spot at France 2023, and will enter Pool A alongside New Zealand, hosts France, Italy and Uruguay.

The runners-up, meanwhile, will feature in a four-nation intercontinental qualifying event later this year.

A lot has changed since the Sables’ last World Cup appearance 31 years ago, but this is one of their best chances to end their long exile from the global stage. – Agencies

Zimbabwe in Dutch test ahead of World Cup qualifiers