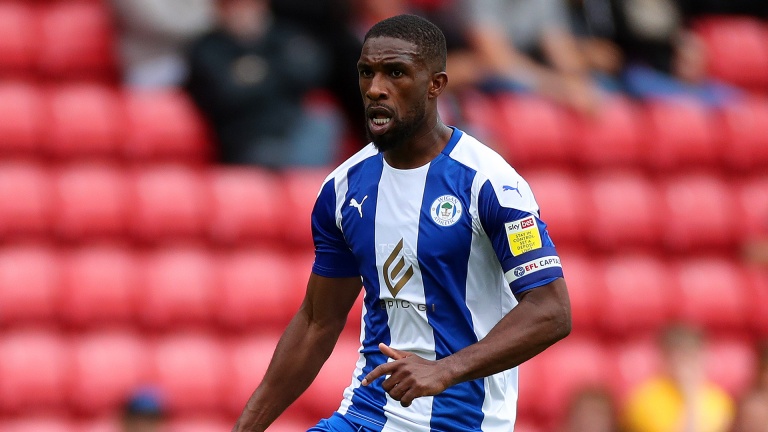 ZIMBABWE defender Tendayi Darikwa, who captained Wigan Athletic to promotion into the second tier of English football at the end of last season, was quick to express his delight about the standards and effort levels of his teammates during their warm-weather training camp in Spain.

Leam Richardson’s side are currently four days deep into their five-day stay at the Campoamor training complex, with the squad being put through their paces to be ready for the start of the 2022-23 Sky Bet Championship campaign.

Speaking after the first of their three planned sessions on Thursday, Latics captain Darikwa expressed the importance of the squad demanding the best from each other to make the most out of their time in Spain.

“It’s been really good, and it’s great to be back,” he smiled.

“It’s massive (to go on trips like this). Being able to get away to a different training environment in the heat, and focus solely on football is great.

“We’re working hard, and the sessions are tough. It’s important we keep demanding each other to be the best we can be.

“The lads have been class. Everyone is working to the maximum and pre-season is a tough time for any footballer. As a group, we need to keep demanding from each other and keep encouraging each other (through the sessions).

It is just one month away until Richardson’s side will make their return to the Championship, and Darikwa revealed that he’s hungrier than ever to build on last season’s achievements.

“I’m hungrier than ever,” he said.

“Last season has gone now – of course, we will reflect on it and have a look at what made us so good as a team last season – but now we want to continue moving forward and impact the Championship in the same way that we did in League One.

“The Championship is a step up for us, and a lot of lads have been there before. There are some really good teams and players that we will be facing, so we need to make sure we are as fit and strong as we can be.

“We want to keep growing as a group and keep improving, and hopefully we can do that.”

Last month, London-born Darikwa took to Twitter to dismiss reports that he had quit the Zimbabwe national team in frustration over the manner the game was administered in the country. – Wigan FC/Staff Writer

Age-cheating in Zim football: Shameful act that refuses to go away