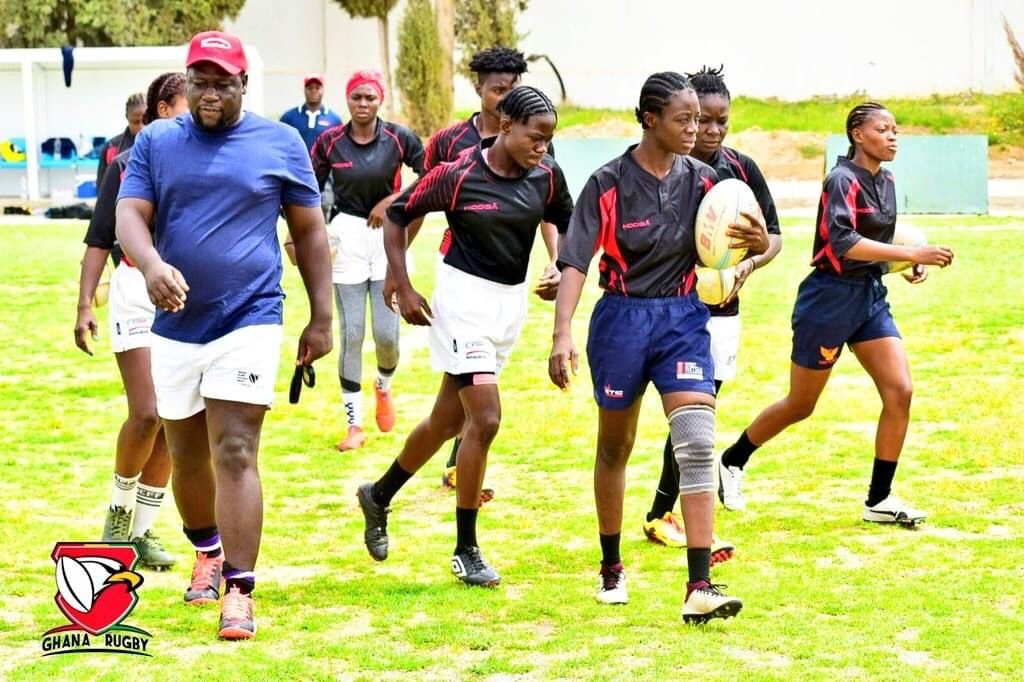 LOVEMORE “Dallas” Kuzorera knew he faced a baptism of fire against Zimbabwe, his homeland, as Ghana’s head coach in a Rugby World Cup qualifier that was initially scheduled for June 2020.

But the gods conspired against what had been scripted as a headline-making return home for one of African rugby’s highly-rated young coaches, to potentially plot his own country’s downfall and crush the Sables’ 2023 World Cup ambitions.

Covid-19 had other ideas for us, and the qualifiers had to be re-arranged.  It meant the historic first Test match between the two countries will not take place, at least for this campaign.

All the same, Kuzorera would have relished the challenge of taking on one of the best international sides on the continent as a young coach of an emerging nation in this sport.

“It would have been the biggest highlight of my career, an opportunity to test my knowledge against a system that taught me everything I know about rugby,” Kuzorera tells The NewsHawks from Accra.

“It would have been a great privilege. A lot of coaches never got that opportunity in their careers.”

An opportunity, however, arose for 37-year-old Kuzorera to rate himself against his home country at last week’s Africa Women’s Sevens in Tunisia, and he passed the test in Ghana’s 29-7 win over Zimbabwe to finish higher than the more fancied southern Africans in the 16-team tournament.

With the substantive coach of the women’s Sevens team currently serving a GRFU ban, Kuzorera was asked at the last minute to step in for the Tunisia tournament, and he guided them to number seven, one place above Zimbabwe following the victory over the Lady Cheetahs.

“It was a bittersweet taste,” says Kuzorera. “You don’t know what to do, should you celebrate? At the same time, it’s painful. It was the first time to play against Zimbabwe at international level. I cherish every moment that I will meet Zimbabwe. It’s a system that bred me to be who I am, so I thank God for an opportunity to face my country and test my knowledge.”

Defeating the Zimbabwean team was not the only bittersweet moment for Kuzorera. Another one was beating, for the first time, his old friend and fellow young coach Derek Chiwara, who was in charge of the Zimbabweans in Tunisia.

“It’s an honour, we have played against each other way back in the early 2000s when I was at Mabvuku and him at Sports Club (Harare Sports Club),” recalls Kuzorera.

“Then we started coaching. Derek used to beat me every time with Gateway High when I was coaching Allan Wilson Boys High. But one thing for sure is that we always encouraged each other. We never knew we would coach against each other at international level. It feels good to get one over him, he is a very knowledgeable and tactical coach. We go back a very long way. We used to sit and talk about these opportunities when we were coaching in schools. We both believed that all we needed was opportunities to showcase our talents. He has done well with the Lady Cheetahs.”

Rugby in the football-mad West African country continues to grow at an encouraging pace, thanks to the efforts of quite a few highly passionate people involved in the game over there. Leading the way is the GRFU president, Ghanian entrepreneur Herbert Mensah.

Mensah is perhaps better known in the sporting world as a very successful past chairperson of Kumasi Asante Kotoko, one of Ghana’s biggest football clubs, 24-time domestic champions and winners of two African Champions League titles.

But the old guard will always remember Mensah as a very good rugby player in his heyday. He played rugby for Sussex University in England, his alma mater, and was good enough to be selected for Sussex’s county select side.

And then in the early to middle-1980s Mensah frequently travelled to Zimbabwe to seek business opportunities, ending up playing for Old Hararians, for a prolonged time the country’s most successful club.

In 1985, the speedy winger from Ghana gained selection into Zimbabwe’s best provincial team, Mashonaland, starring as the only black player in the side and scoring the winning try in a tour warm-up match against a strong Italian national team in Harare.

This is the kind of support system that Kuzorera works in, and it helps a great deal for him to fall under somebody who knows the game well and shares the vision.

“Me and Mr Mensah have a good working relationship,” says Kuzorera.

“He understands me as a coach and my vision. I also understand his vision for the union and where he wants to take Ghana rugby. So it’s easy for him to support the teams because he is a passionate man in changing young people’s lives. It’s not easy, in this day and age, to find a single person who will fund rugby programmes from his own pocket.”

Zim’s diaspora footballers: We need a method to our madness