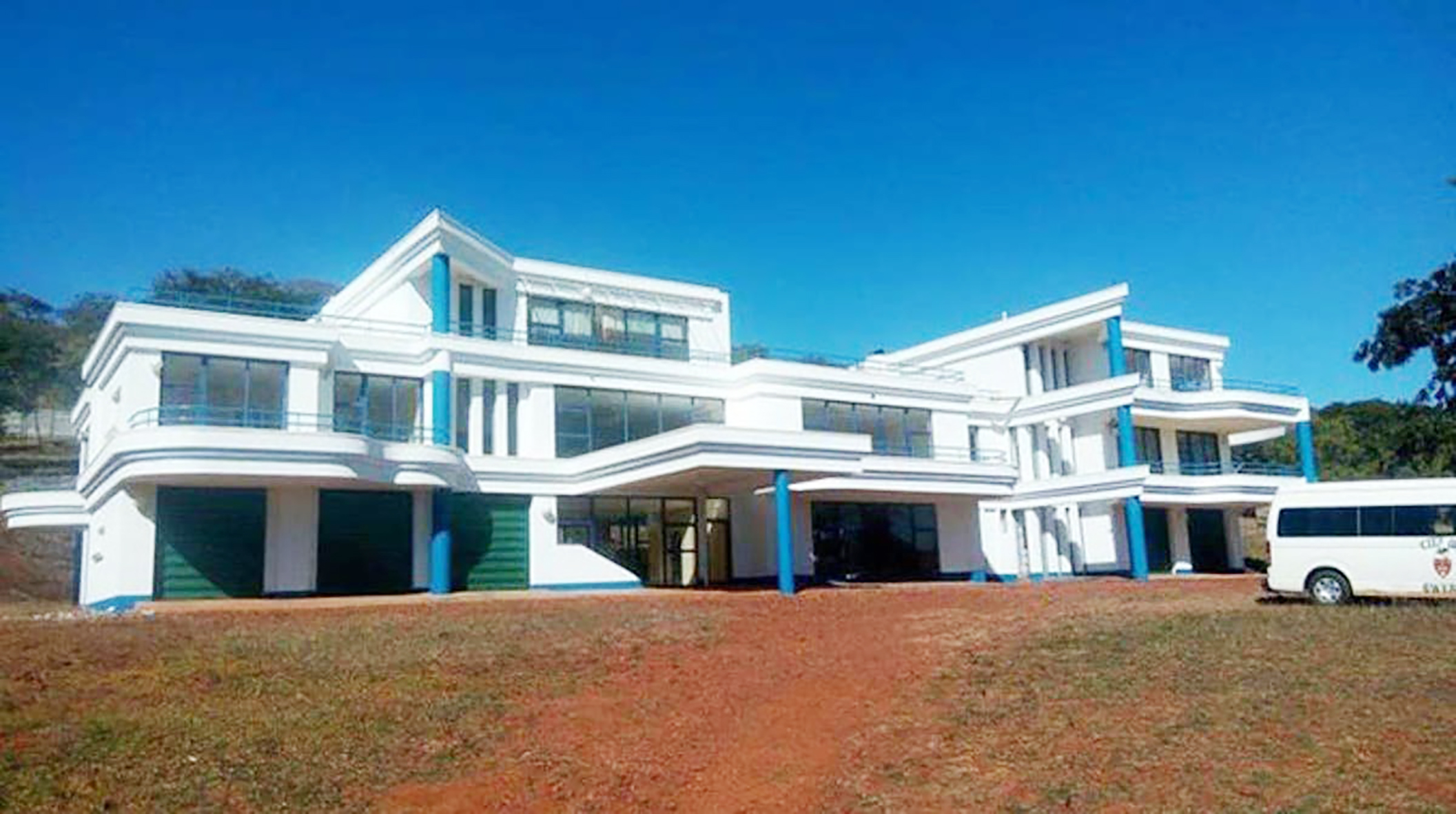 GWERU residents this week came out guns blazing against mayor Josiah Makombe who moved into the mayoral mansion (pictured top) despite his suggestion in past years that the white elephant built in the 1990s should be turned into a money-spinning venture.

Investigations by The NewsHawks revealed that Makombe began moving in the old mansion last month with renovations and refurnishing of the giant council-owned house still ongoing.

Indications on the ground show that the mayor has previously strongly suggested that the mansion be converted into an income-generating venture for the financially crippled local authority, only to change stance by occupying the spacious house located in the leafy Kopje area.

Successive attempts by this publication to reach out to Makombe over the matter did not yield results as he referred all questions to council spokesperson Vimbai Chingwaramusee.

Chingwaramusee said she had “no response”. But residents’ associations blasted the mayor’s decision to stay in the house, barely a year after he backtracked on the decision to dispose of a Toyota Prado vehicle that had been bought for fired town clerk Elizabeth Gwatipedza.

Makombe now drives the all-terrain vehicle which he uses as his official car.

“As Guprada Trust, we sought audience with the mayor on the issue, but we never made progress and so we wrote a letter to the minister of Local Government seeking clarification on the perks of the ceremonial mayor. We e-mailed this letter to the ministry on 24 April 2021, but up to now there is no response,” Chikore told The NewsHawks.

“We have since 2016 been proposing that the mayoral mansion be converted into a big revenue-earning upmarket lodge with conference facilities and a wedding venue. The idea had gathered traction in council corridors after much discussion and we were actually counting the days waiting for the resolution to be made so we are shocked and saddened by this latest development.”

Chikore said residents will decide on the next course of action after the government provides clarity.

Gweru Residents and Ratepayers Association director Cornelia Selipiwe took a swipe at top council officials for having a “penchant for lavish lifestyles”.

He told The NewsHawks: “This is clear we have people at town house who are full of themselves, people who do not have the city at heart but their own egocentric agendas. Let them enjoy the meal while it lasts.”

In 2019, council announced plans to turn the mayoral mansion into an accommodation and events centre in a bid to boost revenue for the cash-strapped local authority.

The proposal however failed to materialise after officials at Town House dithered and failed to reach consensus on the issue.

Council made the resolution a few years ago to turn the mansion, which has been lying idle since the departure of then mayor Sesel Zvidzai in 2008, into a lodge, but the project stalled. Proposals were made for Gwatipedza to use it as her residence.

The move to turn the mayoral mansion into the town clerk’s residence was however resisted by residents. Council then abandoned the plan.

In 2016, the Judicial Service Commission approached council requesting to lease the building and use it a the venue for High Court sessions, but residents objected to the move, arguing council would not benefit from such a deal.

The mayoral mansion is a white elephant that Gweru has for years been urged to exploit, as the city’s coffers are running dry due to dwindling municipal income streams.

At one point, council tried to lease out the property for US$3 000 per month to interested tenants, but found no takers.