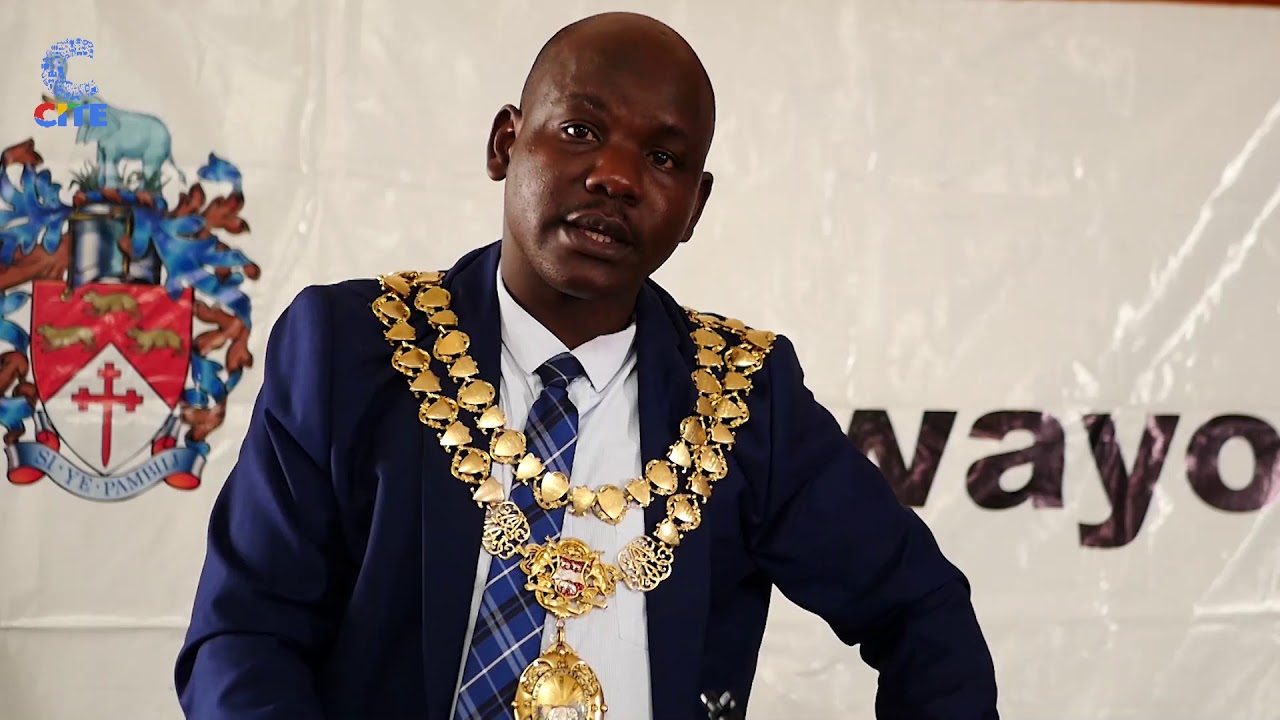 “The State House was never built for Mugabe (late President Robert) and Mnangagwa (President Emmerson),” Bulawayo mayor Solomon Mguni(pictured) said, as he sought to justify why the council should also build a ZW$25 million mayoral mansion.

Mguni is in the eye of a storm following revelations that the financially struggling local authority has resolved to set aside an unbudgeted ZW$25 milion to build a mayoral mansion in Selborne Park suburb.

Initially, council had resolved to renovate one of its houses at the exclusive Hornung Golf Club in Burnside suburb into a mayoral house, but abandoned the idea after noting that the cost of refurbishment would only be slightly lower than the amount required to build a new mansion.

Council has set a five-month deadline to construct the new mansion. To speed up the project, 30 contract workers, among them builders and bricklayers, will be employed, increasing the local authority’s already problematic wage bill. Council is currently behind on salary payments, citing strained finances.

“(However) the estimated building costs of a new house were slightly higher than the renovation costs. It was also noted that council could utilise its Building branch staff to conduct the special project,” a council report on the controversial mayoral mansion project reads.

“The team further recommended that additional temporary contract staff (30 workers) distributed among builders, bricklayers, labourers, and carpenters be procured to assist in ensuring that the deadline is met.”

The mayoral mansion proposal has divided the MDC Alliance-led council along tribal and factional lines and attracted the anger of residents, with the Bulawayo Progressive Residents’ Association (BPRA) going a step further by writing to Local Government minister July Moyo to stop the project.

The party’s Bulawayo province is battling infighting, further fuelled by reports that some members, legislators and councillors have crossed the floor to the Douglas Mwonzora-led MDC-T to survive recall from Parliament and local government.

So intense is the faction that a grouping of party members led by former deputy mayor Tinashe Kambarame in July resorted to passing a vote of no confidence in chairperson and Makokoba legislator James Sithole.

Sithole was accused of being linked to the Mwonzora faction.

According to MDC-Alliance provincial spokesperson Swithern Chirowodza, the opposition party is against plans to build a mayoral mansion, adding Mguni is no longer a member of the Nelson Chamisa-led opposition formation.

“The proposal is a violation of Article 4.1 of the MDC Alliance constitution, which states among other factors that the MDC Alliance is a pro-poor, people-centred social democratic movement,” Chirowodza said, adding: “Mguni has never attended a single meeting since he was elected into office in 2018.”

As the mayoral saga rages on, Mguni finally broke his silence to The NewsHawks, questioning the hullabaloo.

“Why the noise? This is not Mguni’s house! This house (if construction is approved) will be finished, even after my term of office. A State House was built many years ago, but it was never built for Mugabe or Mnangagwa. In the same vein, it’s a mayoral house like a State House,” Mguni said in an interview.

In a letter to the Local Government minister, BPRA coordinator Emmanuel Ndlovu said the city did not need a mayoral mansion in the face of collapsing service delivery.

“Residents are also worried because the mansion was not mentioned in the 2021 budget. Bulawayo is characterised with burst sewer, pothole-ridden roads, piling refuse in street corners, non-functional street lights, unfinished housing projects and a dissatisfied staff due to delayed and pending salary arrears,” Ndlovu wrote.

Bulawayo is battling an increase in sewer pipe bursts, exposing residents to water-borne diseases such as cholera and typhoid as witnessed in 2020. About 13 residents succumbed to a killer diarrhoea outbreak in 2020 blamed on contamination of water sources by sewer, among others.

A July report on council’s sewerage system blames the failure to attend to sewer bursts on a shortage of vehicles for maintenance works.

“For management purposes, the city is divided into four zones, namely Town, Mabutweni, Nkulumane and Cowdray Park. 1712 of 1815 chokes received during the month of June 2021 were cleared, leaving a cumulative backlog of 324. The cumulative chokes backlog recorded this month (June) increased to 324 (from 221 in May). The major challenge for the section was shortage of vehicles for maintenance purposes,” the report reads.

In 2020, Mguni attracted controversy following revelations that council had allocated him a 2.5 hectare plot situated in Lower Rangemore suburb for urban farming purposes for a paltry ZW$165 per month for 25 years. The figure was equivalent to US$2 on the parallel market by then, but is now equivalent to just over US$1.