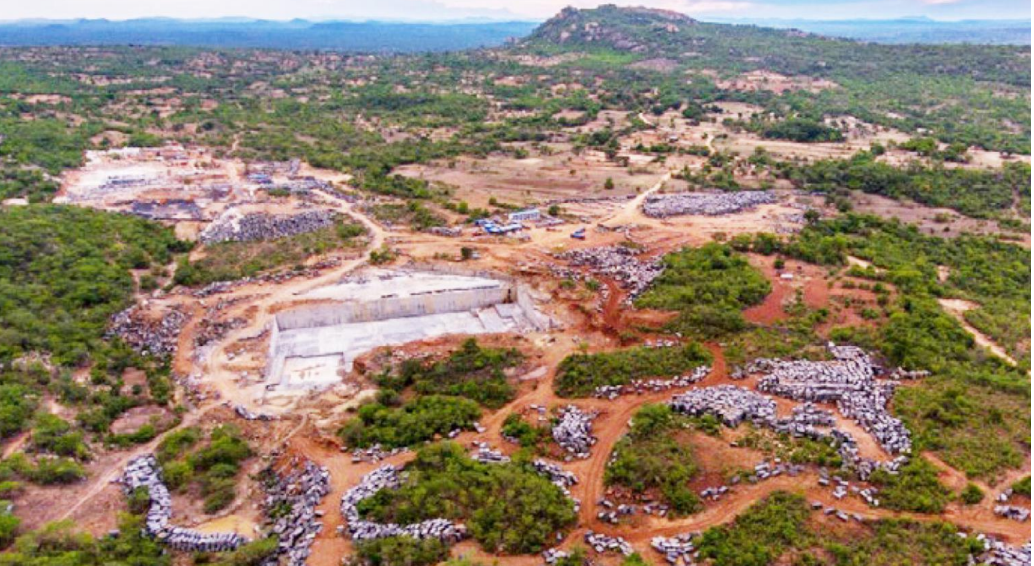 LOCAL communities in the black granite-rich Mutoko district have expressed grave concern over the violation of their land rights after mining activities disrupted their livelihoods and left them with little or no compensation, a study on human rights risks in the extraction and production of natural stone in Zimbabwe has shown.

Granite mining is one of the biggest economic activities in the area, together with subsistence farming. Granite mining operations in Zimbabwe’s districts of Mutoko and Mt Darwin have serious social and economic impacts on the lives and livelihoods of local communities in the two districts.

Since huge tracts of land are involved, the livelihoods of most communities in Mutoko and Mt Darwin that are based on land use are greatly disturbed.

According to a report titled From Mountains of Hope to Anthills of Despair, which assesses the impact of mining in the two districts, granite-mining operations consume large pieces of land, and this land is usually occupied by local communities.

For a granite mining licence, the minimum area that must be pegged under the law is 50 hectares. On most occasions, this land is communal land that is used by communities for subsistence agriculture, residential settlement, firewood and pasture lands, movement, water abstraction, grave sites and other community rituals.

“Communities stated that they had never been consulted by granite mining companies under a Free, Prior and Informed Consent (FPIC) framework. These actions of granite-mining companies illustrate that granite-mining companies do not apply the FPIC principles. FPIC simply denotes the engagement of communities in large-scale projects to seek their consent prior to onset of mining in a manner that is voluntary. Further, communities must give their consent with full knowledge of the proposed mining operations and their probable consequences,” the report reads.

“Most villagers interviewed lamented the ease with which they can be evicted, forcibly relocated and given alternative lands elsewhere by mining companies, with government authorities supporting such forcible evictions and relocations. The research observed that mining licences and certificates granted to granite mining companies provide stronger rights than land rights held by communities. Almost all community members interviewed… do not have free-hold ownership of the lands they occupy; they occupy and use their lands at the mercy of the state or local governing authorities. This means that in the conflict over land uses, communities lose as their rights are weak, less protected by legislation and have very few remedies as compared to rights held by mining companies.

Granite-mining companies, the report further shows, are allowed to submit an environmental management plan (EMP), which is more relaxed than requirements for an environmental impact assessment (EIA). In particular, there are no clear channels in the EMP process to communities.

“Communities in Mutoko decried and be[1]moaned the lack of guidelines for assessment of compensation. They pointed out that they were at the mercy of mining companies, and government departments at district or provincial level were unable to assist. There were few cases of compensation for relocation from interviews with community members. According to one councillor, the highest amount of compensation paid was US$5 000 and the councillor was involved in the negotiations. In a case that occurred in 2021 involving the Chinese company called Jinding, an amount of US$3500 was agreed, with the family given three months’ notice to relocate. The community members indicated that Natural Stone Export Company pays better compensation than most compensation and assists in the relocation by transporting affected families. These negotiations are not based on professional valuations of households done by independent companies.”

Apart from the domestic legal regime, Zimbabwe is also party to several international treaty frameworks. Importantly, Zimbabwe has signed and ratified many human rights treaties and moved to domesticate norms and principles from international law.

It must however be said that there is no treaty framework that directly binds companies in the granite-mining sector and that compels them to enforce human rights standards for the protection of host communities or workers in the sector.

Related Topics:Black graniteMutoko district
Up Next

Campfire funds not trickling down to poor communities