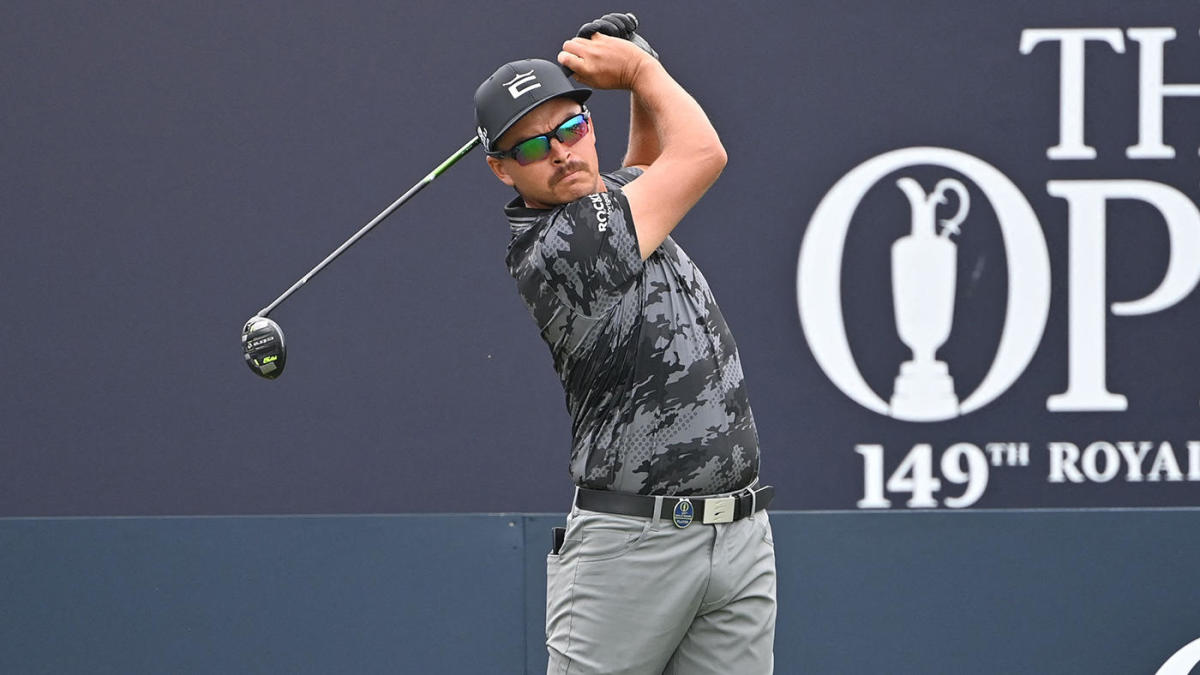 MEMBERS of the Royal St. George’s Golf Club down at the southern tip of the County of Kent in England must enjoy it being named for an 1 800-year-old historical and saintly figure. They don’t want a dead dragon but are happy with the prefix “Royal” bestowed on their club by the fun-loving King Edwards VII back in 1902. They didn’t need to ask him twice.

They will also never tire of telling visitors that the St. George’s club was the first to stage the Open Championship outside Scotland back in 1894. By coincidence that was the year Bulawayo was established as the first golf club in Rhodesia, the forerunner of more than 80 clubs in the country.

And now, well over a century and 14 Open Championships later, Royal St. George’s is all geared up to stage their 15th Open nd welcome nearly 150 of the world’s finest players seeking to have their names engraved on the famous “auld claret jug” and also take home US$11 million plus change. Their caddies too, have their eyes on enough ten percent money to buy a new Mercedes or Jaguar Sports.

It all begins on Thursday with an expected sea of spectators, officials, more than 700 journalists and camera crews despite necessarily imposed restrictions.

However the field might well be reduced somewhat in the previous few days through some having travel and virus problems. On Sunday Hideki Matsuyama, the Masters champion, and Bubba Watson felt obliged to withdraw. No doubt there will be more.

Defending against those remaining to tee off will be the 2019 Open winner, Irishman Shane Lowry. And it was another winning Irishman, Darren Clarke, who surprisingly took his big smile around Royal St. George’s the last time the Championship was held there ten years ago. The next one will be at the Royal and Ancient, St Andrews, which will stage every fifth one from now on, a decision of the R&A.

Hot favourite to successfully emerge victorious from the Royal St. George’s course dunes and links over some 6 400 metres is the Spaniard Jon Rahm, who pointedly wears “Rhambo” printed on his shirt. At officially number one in the world and having won the Irish Open a few days ago, he has to be good value at 10-1, well clear of Rory McIroy at 14-1, who seems either to win or fail to make the cut every week. Brooks Koepca at 16-1 is usually up there, followed by Dustin Johnson at 20-1, perhaps a reflection of his reducing form recently.

However there are a great many other worthy contenders, including perhaps even Lee Westwood, who at 48 years old refuses to join the lower “also-rans.”  In the recent Scottish Open Championship, which generally preceeds The Open, he finished as usual in the top group.

The weather has also been a factor in a great many of the previous 148 Open Championships that have been staged in various wild areas along British coastlines, and not a few have been rain-swamped and wind-swept in the past.

But at least on this upcoming occasion the weather is set fair according to the latest BBC long-range weather forecast. This means that ground staff will be working extra hard to make the course as challengingly difficult as possible. They want to avoid seeing the winner score a large number of birdies and eagles, thus damaging the status of a real Championship test.

They all played before large, up closely attendant and enthusiastic crowds drawn to this fast growing sport from 130-odd years ago. But in this year of 2021 the multitudes will be curtailed by concern for the virus at close quarters. A small price to pay of course, given the intense drama to be experienced at one of the world’s premier sporting occasions.

Saint George is the patron saint of England, Portugal, Georgia, Roumania, Malta and other countries, yet very few Englishmen know that or care very much.  Who was he? Not an Englishman for sure. St. George, or maybe it was originally Georgia, was born around the year AD200 in what is now Turkey and as a committed Christian joined the Crusades in the Middle East. He is buried at Lod in what is now Israel and at least is revered there.

Legend has it that St. George was at one time a Roman soldier engaged by village elders somewhere in the Middle East to slay a large dragon whose rapacious hunger was being appeased firstly with a succession of domestic animals and then village children by lottery when the animals ran out. The young George did the business with his broadsword and was afterwards consecrated into Sainthood by the Vatican for his trouble. His celebration day is April 23rd, which became England’s national day.

The Royal St. George’s golf club occasionally found itself, almost by ancient tradition, in the middle of war zones going back centuries near the small harbour town of Sandwich, one of the five Cinque Ports (meaning five) established for the country’s defence against forays by the Danes, Dutch and French, the other four being Dover, Romney, Hastings and Hythe. This group of strategic ports was also obliged to raise a standing navy for their King, Edward the Confessor.

The residents of coastal Kent were within sight or sound of the Battle of Hastings 1066, the final destruction of the Spanish Armada 1588, the aerial Battle of Britain 1940, the Dunkirk evacuation 1940 and nearby D-Day landings 1944.

These days, every ten years or so, the modern professional golf invaders of 2021 will ‘wage war’ there in a different non-military way, using their more sporting weapons, this time to snatch a famous trophy and much gold.

*Preview by veteran journalist and author John Kelley, who caddied in two Open Championships and a British Masters for South African Harold Henning in the 1960s. He writes exclusively for The NewsHawks.