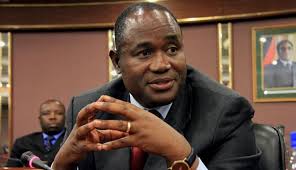 FORMER Reserve Bank of Zimbabwe governor Gideon Gono (pictured) says he does not own The Heritage School, one of the most prestigious and best learning facilities in the country, as previously widely reported in the media.

Gono said he wanted to acquire a stake in the private school three years ago, but the deal did go through.

He said the media reported on the process that was underway sometime before, but did not later follow up the story to see whether the transaction was consummated.

He added that although talks happened, in the end there was no deal that was secured and signed on the school negotiations that were underway.

Registration documents obtained by The NewsHawks and public information available on the school website show that the independent upmarket school, located on Heritage Drive, Borrowdale Brooke, in Harare is owned by The Heritage School (Pvt) Ltd, which has got six shareholders.

The school’s shareholders include David, Janet and Thomas Austin, and Evelyn, George and Munya Pangeti.

“I can confirm it had been one of my cherished desires and intentions to own a stake in the school since it was established in the mid-1990s,” Gono told The NewsHawks.

“As a family, we came close to acquiring a shareholding in the school in 2017/2018, but that didn’t materialise. Therefore, I would like to hereby categorically state that I don’t own The Heritage School. It doesn’t belong to me.”

The School is new in comparison to many of the schools in Zimbabwe, and a result it boasts state-of-the-art buildings.

It has achieved good results over the past few years and has constantly been ranked in the top five by the Ministry of Primary & Secondary Education, with its IGCSE exams (International General Certificate of Secondary Education) school.

The junior department also leads the way in Zimbabwe with its juniors being the first school to take the Cambridge Primary Checkpoint Examinations at Year 6.

The Heritage School is now ranked as the number one private school by The Ministry of Primary & Secondary Education.

“We have very high aspirations for our school, our staff and our students. Together we are committed to raising the standard of teaching and learning and we are continually evaluating our progress to ensure success,” the school says on its website.

“We have equally high expectations of our students in terms of behaviour, effort and willingness to take an active role in school life and life beyond the school gates. We believe that the provision of a good sound education relies on the development of a strong three-way partnership between the school, the students and their parents. — STAFF WRITER.