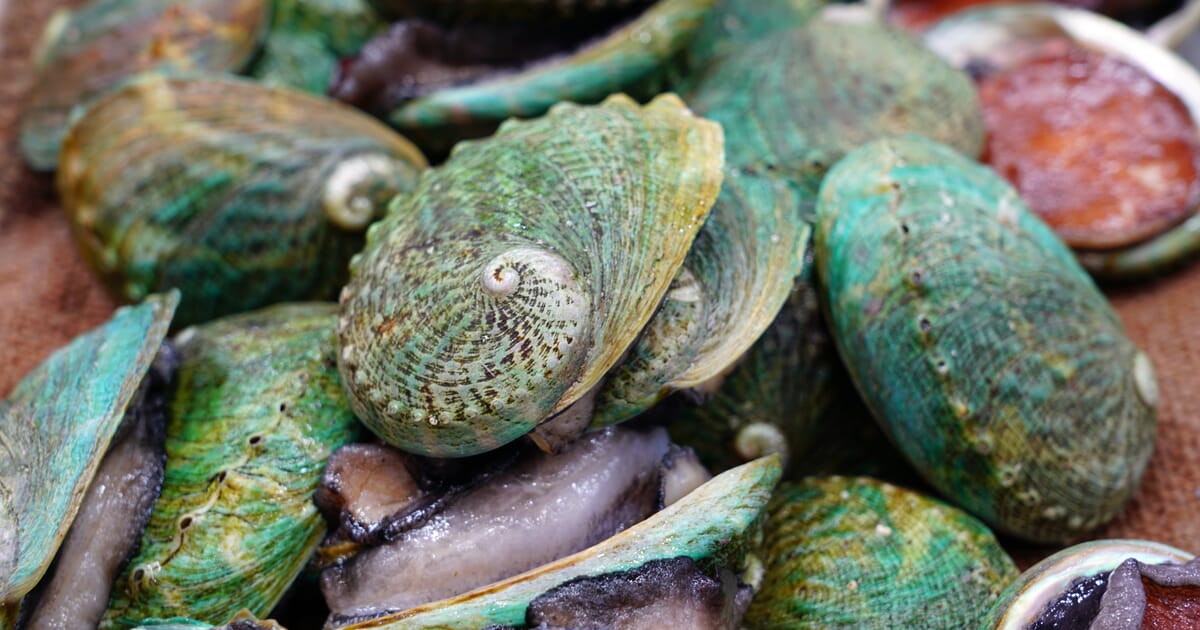 ZIMBABWE is increasingly becoming a transit route for wildlife traffickers due to lax security at ports of entry and exit, the Centre for Natural Resource Governance (CNRG) has revealed.

Recently, on two separate occasions, more than 400 kilogrammes of abalone, an endangered species, were intercepted at Beitbridge Border Post and at Robert Mugabe International Airport.

In both instances, the dried abalone was seized by the Zimbabwe Revenue Authority (Zimra) under the Customs and Excise Act.

Frank Matavise and Rockdont-Yang Kasese were arrested at Beitbridge Border Post and their South African registered truck impounded. They were taken to court and granted bail by a Beitbridge magistrate.

Information gathered by CNRG reveals that the duo declared the abalone as noodles in their papers which were submitted to Zimra. They, however, failed to produce export permits issued by the South African authorities, leading to their arrest.

There are also revelations that one of the accused had an expired passport but was still granted bail. According to state papers, the two are facing charges of smuggling and possession of fake documents purportedly coming from l neighbouring South Africa enroute to Zambia.

The owners of the cargo that was confiscated at Beitbridge Border Post approached the High Court, and a ruling by Justice Webster Chinamora made on 7 July ordered Zimra to release the smuggled goods to the accused.

The High Court also ordered Zimra to escort the truck to Chirundu. The High Court ruling raises suspicion that this could be a well-oiled syndicate involving various arms of the state and agencies of the government, CNRG said.

According to documents seen by CNRG, on 8 July, Samkange Hungwe attorneys, armed with a ruling, wrote to Zimra demanding the release of the cargo.

In June, more than 400kgs of abalone were intercepted at Robert Mugabe International Airport aboard an Emirates plane destined for Dubai.

Abalone is a family of reef-dwelling marine snails, which are a lucrative export commercial fishery and can sell between US$700 and US$2 000 per kilogramme.

Trade in abalone is regulated by the Convention on International Trade in Endangered Species of Wild Fauna and Flora (Cites).

CNRG said as the smuggling scandal unraveled, the Zimbabwe Parks and Wildlife Management Authority through their Cites office reportedly checked with their counterparts in South Africa to verify the source and the intended destination in Zambia, but could not get confirmation of permits, suggesting that the fish was illicitly exported.

“An abalone (haliotis midae) smuggling syndicate is using Zimbabwe as a transit route for the valuable marine snails from South Africa to Asia and other African countries,” CNRG said in its latest report.

“Although Zimbabwe does not have this sea shellfish, the discovery of abalone shows the seriousness of smuggling of wildlife products globally and exposes the country as a possibly willing transit route,” it said.

CNRG director Farai Maguwu said Zimbabwe needed to play its part in curbing wildlife trafficking by plugging porosity at the ports of entry and exit.

“Zimbabwe is increasingly becoming a transit route for wildlife and wildlife product traffickers. These are taking advantage of lax security at the ports of entry and exit. There is therefore a need to strengthen the capacity of immigration officials and security agencies to better appreciate how these crimes compromise biodiversity,” Maguwu said.

“There is also a need to deal with corruption in the judiciary, Zimra, immigration and law enforcement agencies,” he said.

Although not on the red list, the South African abalone is facing the threat of extinction. An estimated 40 000 tonnes of abalone have been harvested from South African waters since 2001, a figure which is 10 times the legal quota set by the department of Agriculture, Forestry and Fisheries to prevent complete extinction within about a decade.

Illicit trade in wildlife and wildlife products is a growing problem the world over. In most cases, it involves well-organised syndicates and transnational networks.

According to the Global Initiative report on The Underworld of Abalone, an illicit supply chain connecting marginalised South African coastal communities with wealthy Chinese consumers has all but depleted South Africa’s stock of prized abalone.

Illicit trade in abalone is among the world’s stranger parallel-market industries, stretching from the shores of South Africa to China’s luxury seafood market, and facilitated by drug barons, corrupt officials and neighbouring African states.

Since 2000, according to a report by Traffic, poaching syndicates have smuggled more than 96 million abalone to Hong Kong — the epicentre of the trade.

This equates to nearly 15 000 of the shellfish illegally harvested each day.

“CNRG calls on the government of Zimbabwe  and its neighbouring countries to commit resources for the creation of a monitoring, control and surveillance network of wildlife smuggling at all ports of entry/exit and furnish the regional network with dedicated resources to curb the smuggling of endangered wildlife,” the report reads in part.

The organisation also called on the Zimbabwe Anti-Corruption Commission to look into the rising cases of smuggling of wildlife and wildlife products, targeting the judiciary, Zimra, and ZimParks.

CNGR said the government should impose stiffer penalties on the kingpins of wildlife and marine life trafficking. Punitive measures would also act as a deterrent to would-be criminals, it said.

The Heritage School not mine: Gono