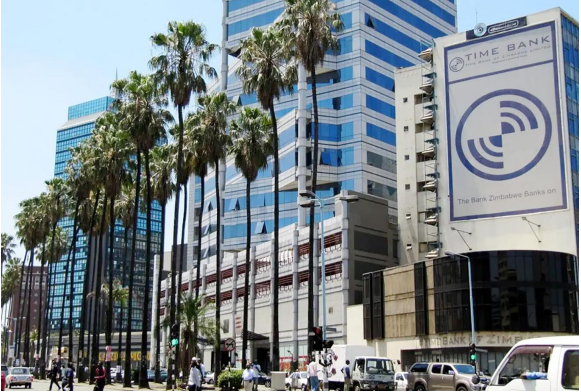 Time Bank, which became one of the first black-owned commercial banks in Zimbabwe before its closure after the turn of the millennium, last year announced plans to bounce back after seeking the requisite approvals before rolling out some of the facilities, while underlining that it will not be taking deposits from the public, until further notice.

“It is hereby notified that Time Bank of Zimbabwe Limited has been authorised to conduct limited banking activities in terms of the Banking Act (Chapter 24:20) following a pre-opening inspection of the institution’s readiness to commence banking business,” the central bank said in a statement.

“Having regard to the institution’s risk management structures and processes, level of capitalisation, corporate governance arrangements, its business plan and the Banking Act, Time Bank has been authorised to conduct limited banking activities and shall not be taking de[1]posits from the public.”

A pre-opening inspection is a rigorous exercise done by the regulator of ensuring that everything is in order before it is allowed to operate.

A pre-opening inspection involves verifying the bank’s capital requirements, and evaluating its executive and non-executive di[1]rectors to ensure that they are fit to manage the financial institution.

A Time Bank spokesperson told The NewsHawks that the financial institution will start by lending out to various categories of clients without taking deposits and review the model at an appropriate time.

“We appreciate RBZ’s authorisation for Time Bank to re-commence banking activities. The business model of lending without taking deposits is Time Bank’s initiative which was approved by RBZ as part of the pre-opening inspection,” the spokesperson said.

“Such business model was not imposed on us by RBZ. Time Bank will issue a public statement next week advising our date for starting such banking activities”.

Last year, the Chris Takura Tande-led institution announced that it had plans to introduce four new loan facilities, namely mortgage loans, loan facilities for exporters, loans for the payment of compensation to both previous farm-owners (PFOs) and other groups of Zimbabweans who also deserve compensation.

Time Bank was closed in 2004 and its licence was cancelled in 2006 by the central bank.

Time Bank disputed the reasons for its closure and cancellation of its licence, and was the first bank to take the RBZ to the courts. The protracted legal battle unearthed that the bank was owed US$5 million by the RBZ before its closure which created financial problems for the bank. The then RBZ governor Leonard Tsumba agreed to refund Time Bank, but his term of office ended before the funds could be refunded.

His successor Gideon Gono was accused of having reneged in refunding such money to the bank, which forced Time Bank to approach the courts. The RBZ responded by putting the bank under a disputed curator in 2004 and cancelled the licence two years later.

After cancellation of its licence, the RBZ tried to put Time Bank into ZABG, but the bank objected strongly and, given the intensity of legal fights, the RBZ left Time Bank out of ZABG. Also, after the end of curatorship, Time Bank became one of the few institutions in Zimbabwe’s banking history which in 2006 and 2007 paid all its depositors their full deposits and its staff members their full salaries and terminal benefits without borrowing from the RBZ or without new money from its shareholders or the Deposit Protection Corporation.

The courts reinstated the licence of Time Bank in 2009, but the bank could not operate, as the RBZ could not do a handover of the assets, documents and affairs of Time Bank in the normal way at the end of curatorship, from the former curator to the bank’s directors.

In 2015, the then new central bank chief John Mangudya, resolved all the disputes between the RBZ and Time Bank by entering into a settlement agreement, under which the RBZ agreed to refund Time Bank US$5 million, and also agreed on the issue of the outstanding handover/takeover as well as the re-opening of Time Bank, subject to pre-opening inspection.