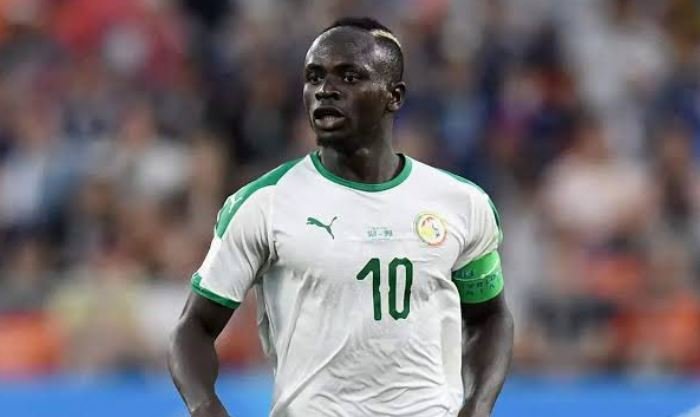 THERE is a theme to the most painful heartaches of Senegal’s national team. The World Cup quarter-final in 2002, when they came closer than any other African team to reaching a semi-final; the Afcon finals in 2002 and 2019; the quarter-finals of the same competition in 2017; must-not-lose final group matches at Afcon 2015 and the 2018 World Cup – in all six matches Senegal failed to score.

The last one hurt the most: Aliou Cisse’s side were eliminated by virtue of receiving more yellow cards than Japan.

Senegal are African football’s great exceptions. All but one of Africa’s top-nine ranked Fifa nations have won their continental championship, but not them. They are its highest-placed team with nothing to show for it bar great potential, several memorable nights and, ultimately, no glorious ending. Only the 2002 World Cup, when they humbled France and Sweden and eliminated Uruguay too, deserves to escape that reputation.

If superstar players are no stranger to Afcon, they are typically sprinkled sparingly and are thus forced to absorb overwhelming pressure to carry their teams: Salah for Egypt, Weah for Liberia, Pele for Ghana, Eto’o for Cameroon. Again Senegal are different.

We have surely never before had such a concentrated collection of players at high-profile clubs in an Afcon squad. This year’s tournament contains 26 players contracted to clubs currently in the top three of the five major European leagues. Senegal account for nine of those 26.

And then there’s manager Cisse, captain of that wondrous 2002 vintage who captured neutrals’ attention so much. Cisse was groomed for this role, first as assistant to the Olympics squad and then as the country’s Under-23 manager.

He is an exception too: major African nations seem to cycle through head coaches, often appointing guns for hire pre-major tournament, but not Senegal. Three of the 24 managers at Afcon 2021 had been in position for longer than three years; Cisse was appointed in 2015.

But time without glory creates pressure and evaporates permissible excuses. Before the tournament, Paris Saint-Germain centre-back – and defensive partner of Napoli’s Kalidou Koulibaly – discussed how the quality of the squad and repeated failure to get tournament success over the line had placed extraordinary importance on a tournament for which Senegal entered as favourites.

“Cissé is under great pressure; a lot of the supporters don’t want to cut him slack,” Cisse said. “The squad is full of players for big European clubs. So people wouldn’t forgive Cissé if it’s anything other than taking the trophy or at least getting into the final again.”

Until now, Senegal’s failure has been a familiar one: goals. With four-fifths of the defence coming from Chelsea, Bayern Munich, Napoli and PSG, Cisse’s team are yet to concede. But they have only scored three times in four matches, one a 97th-minute Sadio Mane penalty and the other two against nine-man Cape Verde in the last-16. With only 12 shots on target – lower than six of the other seven teams in the quarter-finals – and a shot accuracy of 23 per cent (ranking them 21st of the 24 tournament teams), Cisse has been let down by poor finishing. But he knows the buck will always stop at his feet.

Senegalese supporters have been buoyed by a comparatively gentle run of opponents. In their five matches including Sunday’s quarter-final, Cisse’s team are yet to face a team ranked in the world’s top 70 or Africa’s top 13. But then that only manufactures another obvious question: what happens when they play someone better?

Perhaps we have got this all wrong. Senegal were ranked 99 in the world in July 2013. Their brilliant 2002 team never got to another final, but maybe we are discussing over-achievement rather than a failure to reach potential. Senegal is only Africa’s 23rd-ranked country by population and has a GDP per capita considerably lower than almost all of the continent’s major footballing nations: Egypt, Algeria, Morocco, Tunisia, Ghana, Ivory Coast, Nigeria.

Instead this crop of players is down to both the formation of Generation Foot in Dakar in 2000, which helped to produce Mane and Ismaila Sarr, amongst others, and the wave of Senegalese migration to France that began in the mid-1960s. Combine that latter point with the success of the national team in the early 2000s and you have a Senegalese diaspora who are more motivated than ever before to play for their country of heritage. Of those nine players at top-three clubs in major leagues, six were born in France.

But then explaining the journey to the edge of success does not absolve you of the pressure to deliver it. This is a better team with better players than the one that entertained the world in 2002. Senegal began this tournament as favourites and must end it as Africa’s champions. Anything else and their captain of 20 years ago may not be responsible for trying to take them into the next Word Cup. – INews UK.

The under-19 World Cup: A Reliable ZimCricket mirror

‘Bhuru gone to play rugby with the angels’