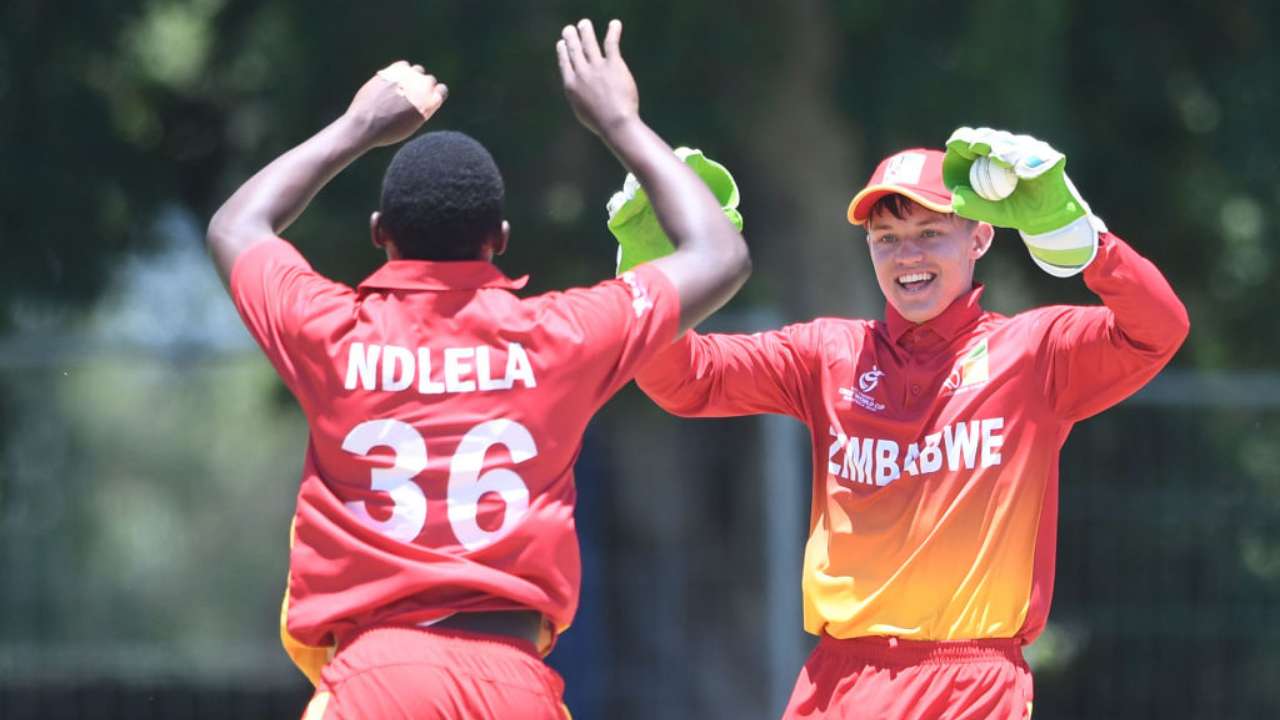 I HAVE been a huge fan of Under-19 Cricket World Cup history, for the chief reason that it has been the launching pad for some of my favourite Zimbabwean players of all time – quite a few of them guys that I have established a special bond with over the years – similar age playing a role.

It was exactly 23 years ago, on the occasion of Zimbabwe’s first appearance in the Youth World Cup, that this tournament really struck a chord with cricket fans in this country.

For a budding writer restricted back then to covering the school’s matches for Monday morning assembly results announcement, I was captivated in February 1998 by Zimbabwe’s very exciting team that took the short flight to South Africa, host nation of a rebranded Under-19 World Cup, only returning to the calendar for the first time since the inaugural edition in 1988.

I had caught a glimpse of some of these fine schoolboy talents in local competitions earlier, so I thought it was a powerful young side that selectors sent to South Africa.

Nobody in the entire squad however made an impression on me quite like Mluleki Nkala, a 17-year-old all-round sports star from Falcon College, already exhibiting a fine athletic figure in those early stages of his career.

It did not take long for Syke – forever Nkala’s moniker – to make his mark on that 1998 tournament.

After Zimbabwe’s heavy defeat to Australia by 103 runs in their opening pool match, Nkala would, three days later, rip through the West Indies top-order to lay the foundation for the African side’s stunning five-wicket win in Potchefstroom.

Brought up as a genuine all-rounder, Nkala led the young Zimbabwe side’s attack those days and, on that occasion, he bowled with great discipline and precision to return figures of 5-51.

Three of his victims were clean-bowled and one of them, for six runs, was a certain Chris Gayle, quicky to become a larger-than-life cricketer in the world game, an absolute giant that bossed around quality international bowling attacks for the better part of two decades.

The others to have their timber re-arranged by Nkala were Ryan Hinds and the dangerous Marlon Samuels, another future star of the Windies’ senior side.

Glen Barrett, with 67 runs, captain Mark Vermeulen (63) and Dion Ebrahim (48) made short work of the West Indies total of 234 as the young Zimbabweans cruised home with 29 balls to spare. That Nkala would finish the tournament as joint-leading wicket-taker, on 16 scalps alongside Ramnaresh Sarwan – a future West Indies captain – did not surprise.

Another pool win over Papua New Guinea, by 147 runs, with skipper Vermeulen scoring a century, earned Zimbabwe a place in the Super Eight stage of the tournament. They in the end found the going tough and lost to South Africa, Sri Lanka as well as New Zealand.

But the tone had been set for some memorable Zimbabwean performances in the history of this tournament.

Two years later, it was Nkala’s turn to lead, captaining the Zimbabweans at the 2000 Under-19 World Cup in Sri Lanka.

There were not many stand-out highlights for Zimbabwe in that one, but in the early group stages Nkala and his troops – who included a 16-year-old wicketkeeper called Tatenda Taibu – were still too strong for fellow African sides Kenya and Namibia, as well as a combined team representing the Americas region.

The strength of cricket in a country, at that critical stage like under-19, accurately measures the state of affairs on a larger scale. It is a fair analysis that Zimbabwean teams’ showing during that period mirrored the good health of the game in the country back then.

It was a period of good talking points of an unforgettable past, such as the question: which is Zimbabwe’s best performing team in the Under-19 tournament from that era? Is it the Tino Mawoyo-captained side of the 2004 World Cup in Bangladesh, best remembered for Tinashe Panyangara’s fiery spell of fast bowling, a six-wicket display that helped skittle Australia for 73 runs to set up Zimbabwe’s superb seven-wicket win?

Is it Sean Williams’ team of the 2006 tournament in Sri Lanka, that swept to victory in all three pool games over England, Nepal and an Ireland team captained by none other than the successful future leader Eoin Morgan, who skippered England’s senior side to its first World Cup title in 2019?

Figures do not lie, and nowhere is this truer than in the game of cricket.

But cricket fans, like any other sports lovers, have their personal preferences, different from the next guy.

For me, I will go with the 2002 side, not only for the feat of clinching the plate trophy of the tournament after beating Nepal in a rather one-sided final.

Under the astute captaincy of Tatenda Taibu, few years down the line to become Test cricket’s youngest skipper and first black player to lead his country, that young Zimbabwe side of 20 years ago caught the eye with a fearless brand of cricket that endeared it to many onlookers in New Zealand.

Then there were the individual success stories. In an Under-19 World Cup packed with several future international stars, Taibu was chosen the tournament’s best player after starring with bat and ball, in addition to keeping wicket.

Zimbabwe’s batting whizkid Brendan Taylor’s century in the plate final against Nepal was a masterful innings for someone so young, just 16 at the time, glimpses of the kingpin he would later turn out to be for his country’s senior side.

There has not been much to write about for Zimbabwe in the Youth World Cups that have followed. Wessly Madhevere was an exciting prospect with his run-scoring ability in New Zealand in 2018, following it up quite nicely with some consistent performances early in his senior career.

Madhevere has not set the stage alight thereafter, but he still has age on his side to make good on his obvious talents.

A strong support system is desperately needed for such players like Madhevere before they become another statistic, another great talent that simply slipped away under everyone’s watch.

Same as the kids from this current Under-19 World Cup in the West Indies, which comes to an end this Saturday.

Again, by Zimbabwe’s standards of the past, it has been another below-par outing, a mirror image of the game in the country, to be fair to the young lads.

But the tournament had its moments for the youthful side, again, like previous editions in recent years.

There are some genuinely gifted youngsters in that outfit, no doubt. But the biggest challenge for the authorities is to stop the talent drain that we have witnessed following the last seven Under-19 World Cups.

Quite a few of the players, because of conditions in the game at home, will again feel that they have a future in cricket in a different country, or outside the game altogether.

What a wasted investment it would be, once again, to groom players in a system, up to a Youth World Cup, to then just casually wave them goodbye.

Senegal must end Afcon as champions