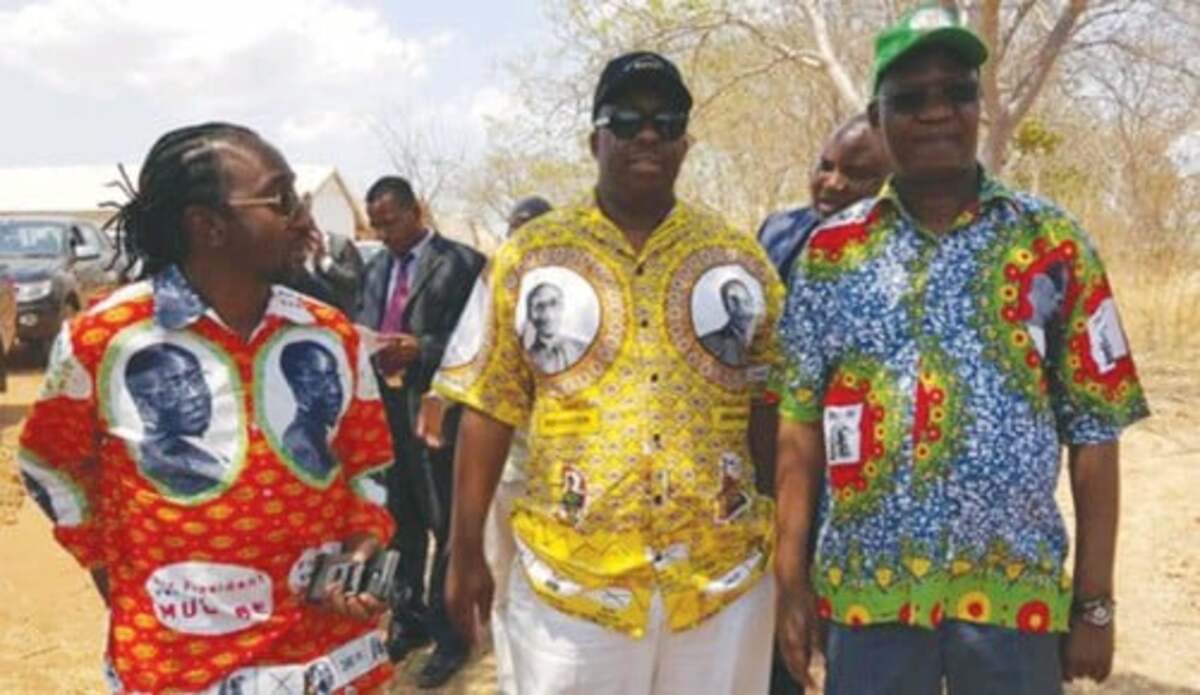 THE open letter of apology by self-exiled former ministers Jonathan Moyo and Patrick Zhuwao — addressed to Zanu PF members — shows that the two politicians may be preparing for life after Emmerson Mnangagwa in the party, analysts have said.

The former ruling party bigwigs this week penned a letter to “comrades in the party”, apologising for using the #ZanuPfMustGo hashtag.

Moyo, who had been a critic of Mnangagwa since 2017 while showing support for Citizens’ Coalition for Change (CCC) leader Nelson Chamisa, changed his stance this year – criticising the opposition leader over the CCC’s lack of party structures. There is speculation that the two ex-ministers want to bounce back in Zanu PF.

Political analysts say Moyo and Zhuwao are smoking the peace pipe with party members in order to disassociate themselves from Mnangagwa’s regime should he leave power.

“If you look at the letter by Moyo and Zhuwao, it was directed to supporters and not Mnangagwa, hence they were not apologising to him. The tradition is that when Zanu PF people come back, they do so through the party.

“So, they are apologising to the party members so they can say that they had problems with certain elements within the party, and not the party itself. It is a post-Mnangagwa re-alignment scheme.

“Zanu PF is represented by the president and not party members. So, this is also a post-Mnangagwa realignment plot. Mnangagwa is entering his second term as provided by the national constitution. So, the projection is that they must have a life after Mnangagwa in Zanu PF,” said Dr Pedzisai Ruhanya, a political analyst.

Ruhanya said the return of disaffected political heavyweights could also signal an attempt by the military to reunite the party ahead of the 2023 general elections.

“What you see happening in Zanu PF is an attempt for an elite cohesion. Following the ouster and death of Mugabe, there was a lot of elite de-cohesion or lack of elite consensus which could have precipitated into an authoritarian breakdown.

“So, the security is the one that is involved in the manufacture of an elite consensus in Zanu PF, bringing it together, because in their (military) own perception, unless Zanu PF is united, it could be difficult for them to win the 2023 election.

Analysts say the opposition CCC should be wary of its dealings with Zanu PF rebels who leave the party after losing power – only to return when opportunity presents itself.

“Well, the adage is that there are no permanent friends in politics, but permanent interests. We are seeing a typical behaviour of political prostitution that is informed by political interest. So, the movement of Zhuwao and others back to Zanu PF is not much of a surprise,” said political analyst Rashweat Mukundu.

Mukundu said the bigwigs booted out of the party are failing to cope with the “new life” which has in the past been sustained by state resources.

In 2016, a year before the coup, Moyo and his deputy in the Higher Education ministry Godfrey Gandawa were arrested for allegedly misappropriating around US$450 000 from a manpower development fund that finances students, among other activities.

The politicians were questioned and later released.

“Many of these people benefitted from corruption and state resources. As they say in Zanu PF — it is cold out there. But, not for those who work hard like any other Zimbabwean. So, what we are seeing is a recurring process whereby leaders who are used to an extravagant lifestyle find it difficult to exist and to live as citizens, hence they turn back.

“These people never at any point expressed a desire for a democratic Zimbabwe that the CCC and others have been pushing. Many of us were sceptical of their stated support of the opposition which was sour grapes for losing the power struggle in Zanu PF,” Mukundu said.

“To me, this is an opportunity for the CCC to clearly demarcate their policies and agenda in terms of its difference from these former leaders and current leaders.”

Mukundu said the CCC must be cautious in its dealings with former Zanu PF members.

“The party should groom its own leaders to drill own ideological perceptions and thinking within leaders which makes them more consistent in their support of the party’s aspiration,” Mukundu said.

Mnangagwa this week appointed war veteran Ambrose Mutinhiri ambassador to Russia, adding to the list of former opposition members who have been given top posts.

Mutinhiri competed against Mnangagwa in the 2018 general elections on the National Patriotic Front (NPF) ticket. The party was formed after the November 2017 coup and leaders of Zanu PF’s vanquished G4O faction played a role.

Zanu PF has also shown its discomfort with Kasukuwere who is said to harbour presidential ambitions, and is seen in top official circles as not only a political threat but also an enemy of the state.

In the welcome speech following the Moyo and Zhuwao letter, Zanu PF spokesperson Chris Mutsvangwa said he hoped “the likes of Saviour Kasukuwere can also take the cue”.

As reported by The NewsHawks last week, Kasukuwere, who is exiled in Johannesburg, South Africa, is living in fear as the Harare government has been stepping up pressure behind the scenes to get him back home for retribution and neutralisation over political disputes ahead of crucial 2023 general elections.