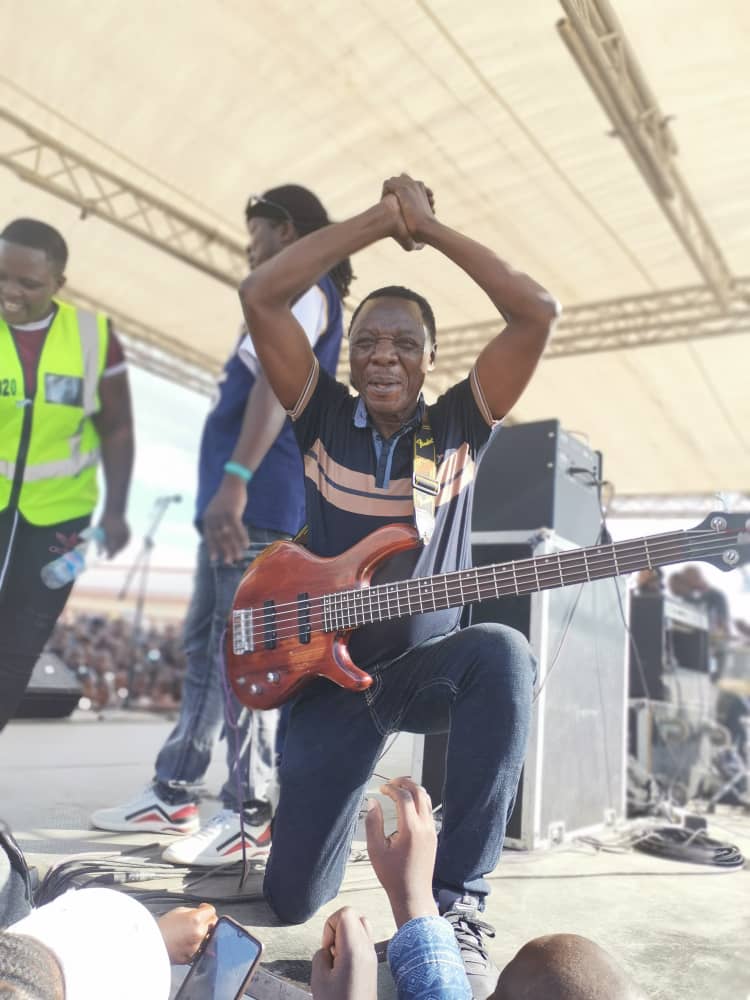 WHAT are the chances of a famous singer spotting and acknowledging a 60-something-old fan in the crowd, and stopping the music to exchange pleasantries?

Well, if the singer is Alick Macheso, the chances are quite high because such gestures of humility are synonymous with the sungura music maestro.

At the weekend in Murombedzi, Macheso even went a step further. Recognising 63-year-old Jane Mandariza, a long-time neighbour of his, a visibly overjoyed Macheso paused a song during a show and walked over to give her US$20.

“Musabirwe (don’t lose it),” he whispered to her.

According to Mandariza, the two once lived a spitting distance from each other at a farm in Belgon, near Mazowe, where Macheso was raised by his mother.

“It was there that he started out playing his banjo,” Mandariza, who now lives in Zvimba, told The NewsHawks.

“No one ever imagined that one day he would become the star that he is today. But back then, we loved his music, we could tell he was destined for success. “I have known him since. That is why when he spotted me in the crowd he stopped the music and he gave me US$20. He is such a generous man.”

She said Macheso was keen on music from a very young age, defying his mother’s orders to focus on school.

It was the youthful defiance that has changed Macheso’s life, as he developed into a very successful musician.

“For me to be here it’s because of music,” Macheso said before belting out tge hit song Madhawu, a favourite of many. “During my younger days parents would never allow children to play guitars. But now things have changed. We actually encourage children to pursue a career in music.”

Thousands of fans thronged the growth point for the free concert, featuring one of the top performers in the country.

The afternoon gig was not anything new for Macheso and, in fact, it came at the right time since the Makandidana singer is busy in the studio recording his upcoming album.

Tich Makahamadze, the manager of the group, said they were happy to perform during the day.

“For us, there is no gig that is too important or less important. And we are not worried about time; night or day, any time is good for us,” he said.

Fans had a whale of a time and what a celebration it turned to be!

The elderly and the young, all could be seen trickling in single file to have a glimpse of Macheso, who has not performed in Murombedzi in the last two or so years due to the Covid-19 pandemic.