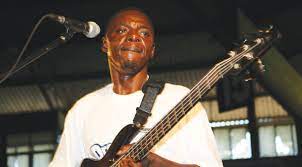 KING of sungura music Alick Macheso is readying his latest studio album which is due out on his 54th birthday on 10 June.

Macheso, who is also affectionately known in music circles as Extrabasso for his bass guitar wizardry, last put an album out — Dzinosvitsa Kure — in 2018.

He then followed it up with his successful collaboration with Zim dancehall prodigy Freeman on Ngaibake in 2019.

Of late, there have been newcomers in sungura with names like Mark Ngwazi, who dominated the charts with his club banger Dzimwe Nzendo Taurai Madzoka in 2020 and then 2021 saw the emergence of another new name in DT BiO Mudimba of Kujata Jata fame.

While longevity at the top is not assured in music, Extrabasso has displayed his staying power sometimes collaborating with young artistes while also composing and releasing his own music.

That has ensured that Extrabasso has remained relevant in music among young talents. Added to this, Macheso is known for his great compositions, songs that speak not only to his generation but also to the young generation.

His subjects resonate with the downtrodden, the grassroots and ordinary people. Although he is affected by the day-to-day politics, Extrabasso has always stayed above party politics and his messages are subtle.

According to his manager Tich Makahamadze, the new six-track album is expected out on 10 June.

“We have a bash at the Aquatic Complex in Chitungwiza where Macheso will release his latest album,” he said.

Asked what fans should expect, Makahamadze said it was a surefire hit album.

“You know Macheso,” he said, adding: “There is great music coming your way.”

Backed by his Orchesra Mbeirkwazvo outfit, Extrabasso is known for his energy-sapping performances. Despite his famed lisp, he makes music sound easy as he effortlessly delivers on stage.

When Jah Prayzah turned Dubai into a ‘little Harare’