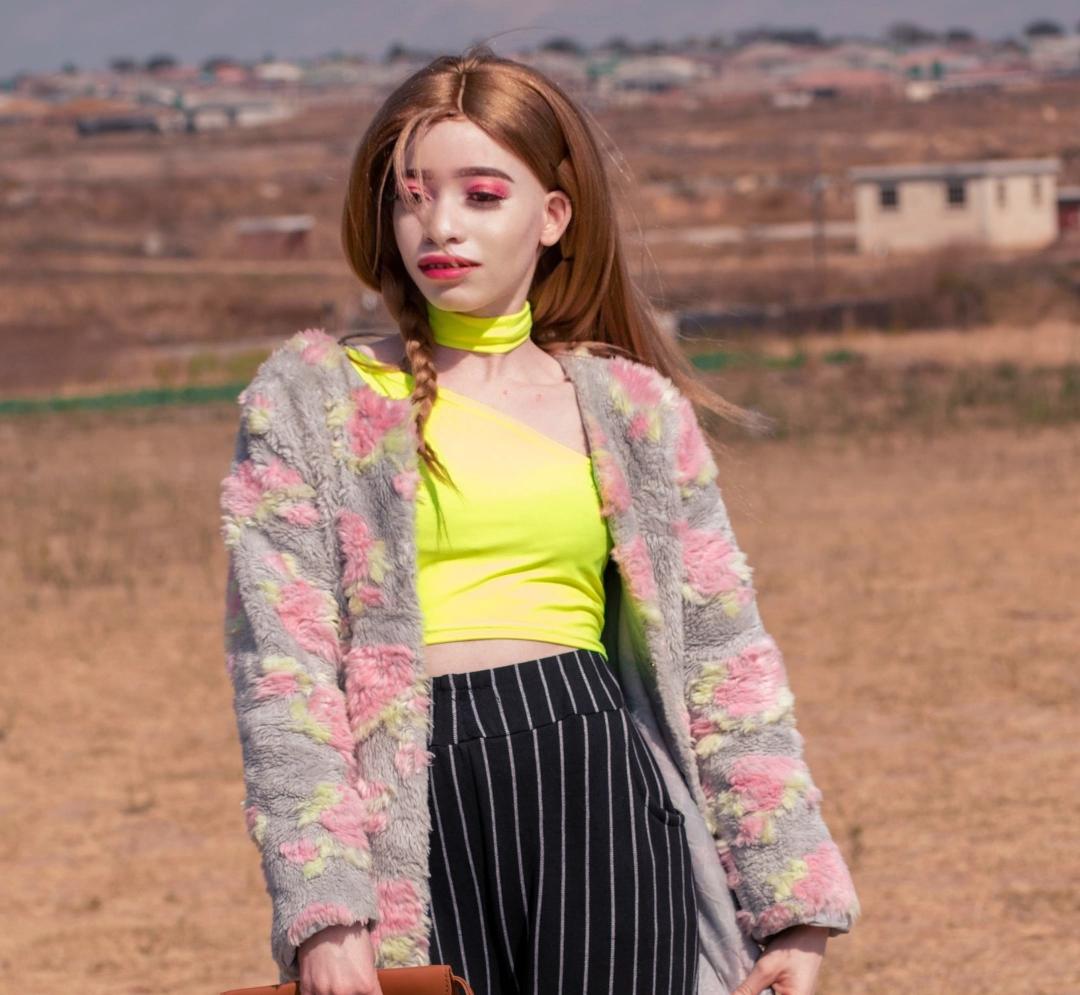 FROM the outset, you can see that modelling chose her. It was a natural match between two!

Precious Chakuma (pictured) oozes confidence and her obvious beauty makes her stand out in a crowd.

However, nowadays modelling is at its lowest and with all the stereotypes surrounding the runway, what good can come out of it really?

“I decided to pursue modelling so I can prove to the world that, one is what it takes to become everything they desire and hard work pays despite where one comes from or their physical appearances,” she told The NewsHawks.

23-year-old Precious, who is affectionately known on social media platforms as simply Barbie263, says modelling can however be more rewarding if there is purpose.

“At first it was for fun until I realised I could use modelling as an opportunity to become an influencer and a voice of advocacy against all forms of abuses directed towards women and people with disabilities. I want to be a motivator to people with low self-esteem,” she explained about her first love.

Versatile Precious is also an actress, and has been a professional fashion model for three years now.

“For the past few years until now, the modelling industry has been negatively affected to the extent that models now lack confidence,” she said.

She explained further: “There is lack of support and appreciation of the modelling in the country as well as financial constraints which have been hindering the full development of the industry. Trending misconceptions surrounding modelling such as that people who do modelling are those who failed academically and people of loose morals as well as low recognition of the profession have made it difficult for us to achieve our aspiring modelling goals. Therefore, I suggest there should be empowerment workshops carried out to educate both the models and the society to appreciate the industry as well as encourage co-operation with sponsors so we reach greater heights. I hope for promoters, models and agencies to take a leaf and change the face of modelling.”

And already she has a fallback plan just in case modelling remains in limbo.

She is currently in her final year at the University of Zimbabwe, where she is reading for a degree in social work.

“I’m the former Student Representative Chairperson for Young Women and Persons with Disabilities at the institution as well as the current vice-chair of the University of Zimbabwe Community Outreach (UZCO).

“I also did a separate certificate in HIV and Aids programme as well as women’s empowerment programme with the ministry of Youth, Sports Arts, Recreation and Culture as well as a gender-based violence activist,” she said.

Her track record as an advocate for the rights of the disabled is there for all to see.

“As a former chairperson for young women and people with disabilities at the University of Zimbabwe, I’ve been an advocate for their rights as well as encouraged them to report abuses and go after their dreams,” she remarked.

“I’ve also been live on Classic 263 and ZTV YGT advocating against gender-based violence as well as the rights of people with disabilities. And I’ve also worked with organisations that assist people with albinism in an attempt to remove structural barriers that are resulting in their social exclusion through awareness campaigns and distribution of lotions and protective clothes.

“However, I noticed that a wide gap still exists as they remain excluded from mainstream economic programmes and perpetuation of negative attitudes and discrimination towards them, which is resulting in poverty and vulnerability,” she said.

She described herself as “someone who is eager to learn new things and ready to do them in a different excellent way and quick to adapt.”

But what does she hope to achieve in, say, five years to come?

“I aspire to be a great model, influencer and an advocate for all the vulnerable people in Zimbabwe. I also want to open my own beauty palace and a modelling agency, especially for the disadvantaged people, so they get the chance to showcase their talents,” she enthused.

And she has a message for those who are afraid to pursue their dreams: “You’re everything it takes to become what you desire to be; hard work pays.”