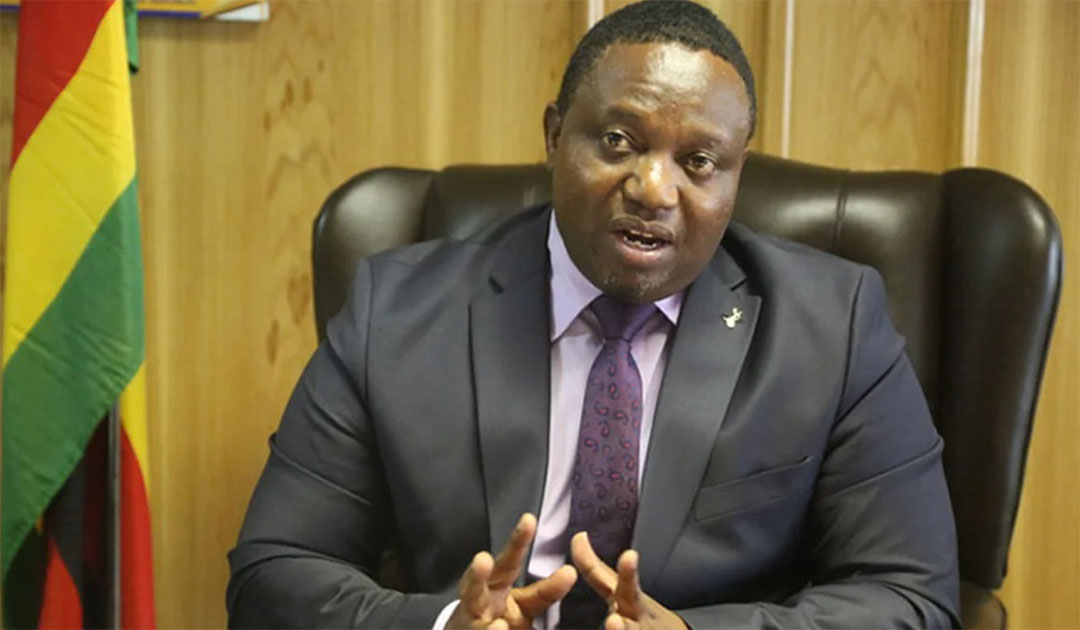 PRESIDENT Emmerson Mnangagwa recently dispatched Home Affairs minister Kazembe Kazembe (pictured) to attend a digital surveillance event in the United Arab Emirates (UAE) amid indications that the Zimbabwean government, which has been spending big on security and the acquisition of weapons, is planning to tighten monitoring of communications and internet spaces ahead of the 2023 elections.

Information minister Monica Mutsvangwa in her post-cabinet briefing confirmed that Kazembe travelled to Abu Dhabi for the 7th edition of the International Exhibition for National Security and Resilience.

She said Kazembe’s visit was for the country to learn how it can use technology to improve national security.

“The Minister of Home Affairs and Cultural Heritage, Hon Kazembe Kazembe briefed Cabinet on the 7th Edition of the International Exhibition for National Security and Resilience, which he attended in Abu Dhabi, United Arab Emirates from 10 to 12 October, 2022,” Mutsvangwa said.

“The nation is being informed that the Minister had the opportunity to visit various institutions under the United Arab Emirates’ Ministry of Interior, where he gained valuable insights into how technology can be deployed and utilised to enhance policing, security and safety of communities.”

According to Emirates News Agency, Kazembe was accompanied by officials from his ministry and was welcomed by Major-Genral Dr. Adel Al Suwaidi, director of Jebel Ali Police Station, chairperson of the board of directors of police stations and a number of senior security officers from the UAE.

Kazembe and his team, according to the UAE media, was accompanied to the command-and-control centre, where they were briefed about the latest services and initiatives that enhance security and safety in the emirates.

“They also learned about the centre’s equipment and latest additions such as the 3D map that covers Dubai and the patrols dispatching system that ensures swift and efficient response to reports and emergency calls,” reported the news agency.

The Kazembe delegation also toured both the director of the General Directorate of Traffic and the General Department of Criminal Investigation before taking notes from security-related presentations by UAE’s Major-General Saif Muhair Al Mazroui and Major-General Jamal Salem Al Jalaf.

According to information posted by the organisers of the exhibition, Abu Dhabi National Exhibition Centre (ADNEC), the event which Kazembe attended focused on three main areas: the future of police, artificial intelligence, and cybersecurity.

ADNEC said the event was designed for “conversations on a number of important issues and various topics, such as security borders, cyber security, and combating unmanned aircraft systems, intelligence sharing, infrastructure protection identity technology, cooperation between stakeholders, and more.”

“The event will attract a prominent group of decision-makers, experts and specialists in the fields of national security and law enforcement from different countries of the world,” added ADNEC on its website ahead of the event. The UAE’s Major-General Ahmad Naser al Raisi, the chairperson of the higher committee which organised the international security and risk mitigation exhibition, was quoted as saying the event would be organised to enhance “wellbeing in the UAE community and particularly in terms of security, protection and prevention.”

A SAGE journal article titled “Surveillance, race and social sorting in the United Arab Emirates” provides insight into the use of advanced technology by the country’s government to consolidate power through the repression of citizens.

“The United Arab Emirates (UAE) has made headlines for its use of mass surveillance technologies against UAE residents, as well as opponents externally. Under the guise of protecting national security, there has been a proliferation of state-led initiatives to monitor public spaces and online activity across the UAE, making the country an important laboratory for advanced surveillance tools, including the introduction of a biometric population registry, digital fingerprinting, facial, and retina recognition at border crossings and within cities,” the journal reads.

“Utilising a discourse of modernisation and e-governance, resident biometric data are shared across ministries, as well as major telecommunications corporations like Etisalat and Du.”

In January 2019, Zimbabwe imposed a “total internet shutdown” in what critics called an attempt to hide growing reports of a violent crackdown on protests against a dramatic fuel price increases. In the past, the government has also stifled opposition party activities like rallies by tampering with connectivity to disturb live streaming.

Qatar 2022 so far: A reflection of the face of world sports today