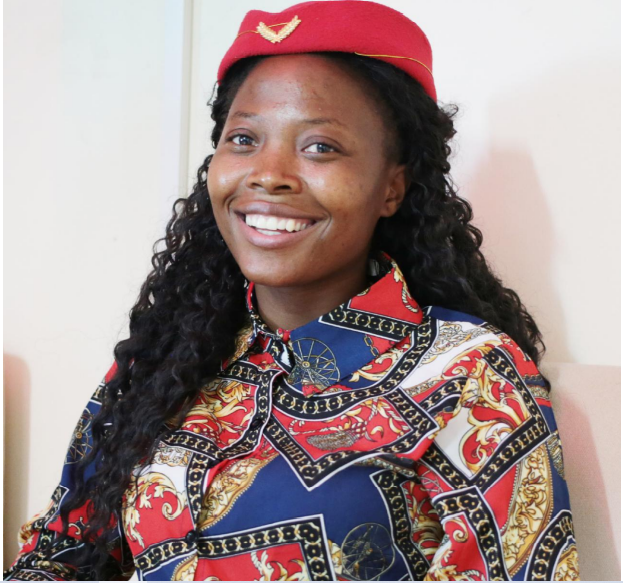 CITIZENS’ Coalition for Change (CCC) activist Netsai Marova says she left the country to pursue her studies abroad despite an ongoing court case because of the oppressive bail conditions which impinged on her social life and made it impossible for her to pursue her academic goals locally.

Marova is facing several criminal allegations, including publishing falsehoods against the state and breaching Covid-19 regulations.

In some cases she is jointly charged with her colleagues, CCC legislator Joana Mamombe and another firebrand activist Cecilia Chimbiri.

The three have been arrested on several occasions and once spent months in jail after their outstanding saga in which they went missing for two days following their arrest at a roadblock while on their way from Warren Park where they had staged a demonstration against the government.

They were taken from Harare Central Police Station by unknown persons but were found in Bindura two days later.

The activists were arrested after expressing concern that many families had been locked down in their houses with no food and basic commodities, during the government-imposed lockdown to fight Covid-19 infections.

They called on the government to put in place measures to ensure that no one would suffer during the national lockdown. The defiant activist confirmed that she is currently pursuing her studies abroad and will not let the courts deny her the right to education.

She said when she is done, she will come back and answer to charges “fabricated against her” although she is willing for her trial to be done virtually.

Marova also said since the government has it on record that they are implementing a virtual court, she will not have a problem attending court virtually.

She wrote on her Twitter handle, “Today I decide to put the record straight, on all that which the state choose to keep writing against my person.

“Firstly it should be known that I did not abscond any court. Despite charges being levelled  against me, the fabric of my social life must still be maintained. The oppressive bail conditions were making it difficult and all at[1]tempts to have them relaxed to enable me to proceed with my academic pursuits as I answer to the alleged charges were all thwarted by the state.

“The trial against me can still proceed as the law allows virtual court sittings, and indeed Ziyambi alludes to these. If he is sincere, he could arrange for these virtual sittings in my case and i will gladly attend, but Ziyambi, like the government he represents, are full of hypocrisy, they say one thing and do the opposite.”

Marova said on completion of her studies she is determined to return home and have her name cleared and get on with life. She said she was given no choice. “Regrettably the conditions imposed by the state made it impossible for me to continue with my life while answering to  their malicious charges at the same time,” she wrote.

She said it is on record that she was deprived of liberty against her will, insisting this was done by state agents.

“In my case I was arrested at a police roadblock by persons in police uniform, who took us first to a police station — Harare Central Police Station and disappeared us from there — police spokesperson confirmed our arrest to various media houses on 13/05/20 including Star FM, ZBC TV, Herald (all state-run media houses) and private media like Daily News and others.,” she said.

However, the police made a U-turn on their confirmation of arrest, claiming the police never arrested the trio. Marova says it is disheartening that government officials still peddle the claim that the three were never abducted and have concluded their fate before the court.

She said Ziyambi’s utterances did not come as a surprise to her, as he sought to defend the indefensible. .

Ziyambi recently announced at a United Nations meeting that the trio were employing delaying tactics and hampering the finalisation of their several criminal cases through faking illness, among other trickery.

The minister was presenting his statement during the country’s third cycle universal periodic re[1]view before the president of the UN Human Rights Council in Geneva recently.

He further prayed for the quick finalisation of their cases so that the government can be cleared on allegations of human rights violation. The three friends have been in and out of the courts over a number of criminal allegations which are still pending.

“This case was extensively investigated by the Zimbabwe Republic Police. The resultant police report revealed that their allegations were false and that they had staged the abductions in a bid to tarnish the image of the government,” he said.

“Consequently, they were charged and arraigned before the courts. Since the commencement of the court proceedings, the three women have employed dilatory tactics to evade trial, including faking mental health illness.

“One of them has since absconded to Europe and a warrant of arrest has since been issued against her. The remaining two have been granted bail and are currently out of custody.

“If this matter is proved, it could perhaps assist to lessen the number of false abduction and disappearance claims levelled against the government which normally coincide with important international events,” said the minister.

Mamombe and her friends are accused of faking abduction to soil the government’s reputation, publishing falsehoods and also breaching Covid-19 regulations, among other allegations. Marova has since been issued an arrest warrant after she failed to turn up in court for trial. — STAFF WRITER.

Businessman pushes ahead with panic-button claim against Econet