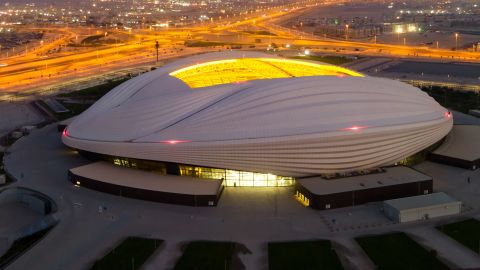 THREE days after the United States and Wales opened their football World Cup with a draw on Monday, the Americans had let slip another opportunity to square off against the Welsh in the group stage of another major World Cup.

Last Friday, Portugal edged out odds-on favourites United States in the final of a play-off tournament in Dubai to qualify for the Rugby World Cup in France next year. It was a massive achievement for the Portuguese, who are going to their second Rugby World Cup following their maiden appearance in 2007.

The Americans, on the other hand, had missed only one World Cup, the 1995 edition in South Africa, since the tournament was launched in 1987. 20 years ago, rugby and Portugal in the same sentence would have been unheard of. Next year, they will be lining up with Wales, Australia, Fiji and Georgia.

That does not surprise me, given trends in global sports these days, when the power is slowly being shared between nations in major codes. Second-tier Georgia defeated Wales last week in a historic win, a result that rings a bell with Japan’s stunning win over the Springboks at the 2015 World Cup.

It is happening everywhere: Papua New Guinea nearly gave us a heart attack in Zimbabwe’s successful quest to qualify for the just-ended T20 World Cup in Australia. While football is flexing its muscle, because of the ridiculous amounts of money involved in the world’s number one sport, other disciplines continue to make inroads around the world.

But football itself is not sitting on its laurels. The smaller footballing nations are closing the gap, and showing little respect for the big boys. A football coach at one of Zimbabwe’s most prestigious private schools tells me that the kids – whilst they play other codes as their first choices — chat more about football than they do about any other sports.

That was not the case before, but football is pulling away as the undisputed number one in the world, and it is all because of the lure of the money. But then, again, the cashflow in football is not stopping talented kids in the world from pursuing their niche disciplines.

If you do not have the footballing talents of Cristiano Ronaldo, you are never going to make millions of dollars as a football player.

Rather concentrate on your God-given talent, and make hay while the sun shines in what you are gifted at. Meanwhile, let the world’s best footballers entertain us as the Qatar fête continues.

Related Topics:FIFAQatarWorld Cup
Up Next