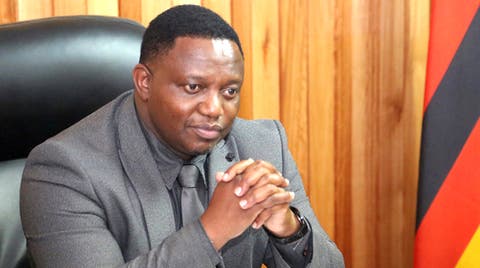 MEMBERS of Parliament on Tuesday renewed pressure on Home Affairs minister Kazembe Kazembe to give an official update in the august House on the findings of investigations into the disappearance of a fierce critic of the Robert Mugabe administration, Itai Dzamara.

He was last seen on 15 March 2015 when he was bundled into an unmarked vehicle by suspected state security agents who had dragged him from a barber shop in Harare.

Before that, Dzamara had been a thorn in the flesh of Mugabe’s government through his famous “Occupy Africa Unity Square” demonstrations that demanded the resignation of the long-time ruler.

He had also been arrested and tortured several times for resisting the Mugabe regime. On Tuesday this week, Kambuzuma MP Willias Madzimure and Norton legislator Themba Mliswa reiterated that Kazembe must bring a ministerial statement on Dzamara so that his family and the entire nation can know what became of investigations into his disappearance.

Said MP Madzimure: “Every Zimbabwean national has a democratic right to be protected by the law to move freely around the country. On the 15th March, 2015, a certain man who was a reporter and used to write, Itai Dzamara, was taken by unknown people and this issue was taken up to government structures and government communicated that they were investigating the disappearance.”

“The Honourable minister (Kazembe) came to this august House and promised the House that investigations were in progress, so they ascertain his whereabouts, but until now there is no feedback to the august House.”

“The Dzamara family is still in pain because in our traditions, there are things that should be done when a person is lost or that person is dead because the issue is still within the hands of the police and the government.” Madzimure added that the Dzamara family needed closure on the matter.

“There must be a statement to this august House to communicate to the nation and the Dzamara family that Dzamara is dead so that when his children need birth certificates and assistance, the family should seek assistance knowing that the investigations were completed,” he said.

Independent MP Mliswa pointed out that there was actually a court order that directed minister Kazembe to update the nation from time to time on investigations into Dzamara’s disappearance.

“So, maybe if he needs to be reminded about it that there is a court order to that, I think he would also realise that he cannot be seen to be in contempt. It is a very serious issue…” Kazembe was not in the House when the issues were being raised, but deputy Speaker Gezi promised that she will take action to ensure that Kazembe updates the nation on Dzamara’s case.

During the Mugabe era, the opposition, from the time of the late MDC icon Morgan Tsvangirai, complained that its supporters faced similar disappearances as happened to Dzamara.

When President Emmerson Mnangagwa succeeded Mugabe, the cases continued to be reported, with the most popular being the abduction of legislator Joana Mamombe and her opposition party colleagues.

Amalgamated Rural Teachers’ Union of Zimbabwe president Obert Masaraure also disappeared after being abducted by state security agents who severely tortured him before dumping him at the Harare Central police station.

Broad reforms key for ED ahead of US-Africa summit