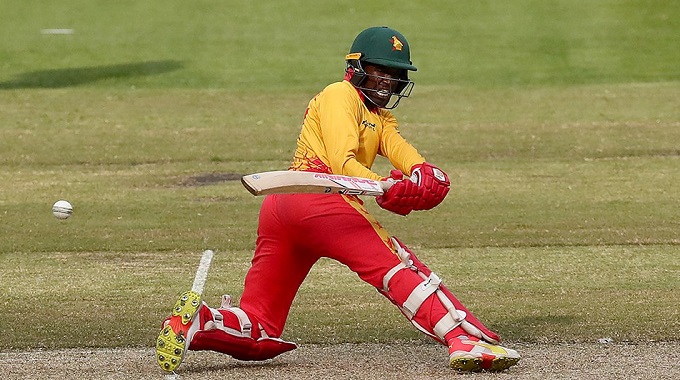 THE turnaround of what Dave Houghton has done in this very short space of time — if you consider that his first official assignment was at the T20 World Cup qualifiers in July — has been remarkable.

He has worked with more or less the same squad that previous coaches have worked with and he has gotten a lot out of them – he really has.

For example, the proof of what Dave has done is with someone like Clive Madande. A year ago, you would never have seen Madande being brave enough to take on the opposition to win a game, and he has done that twice. In the first T20 international (against touring Ireland) he did it when he scored the winning runs.

And then in a very, very tight situation in the first one-day international (against the touring Ireland), he did it again when he had Wellington Masakadza with him at the crease.

I think had this happened a year ago, Zimbabwe would have played percentage cricket and they would only have played risk cricket, had they been assured of a win. Now, they are beginning to really express themselves, from the get go.

I do worry very much, though, that Zimbabwe are still relying very much on players like Sikandar Raza, who is 36 years old now. Sean Williams, who is also 36. Craig Ervine, who is around that particular age as well.

It would be nice to see some of the younger players not just score pretty 30s, and 40s, and then get out, but really stamp their authority and at least put Zimbabwe in a winning position, if not win matches.

You know, people say that will come with game time, but these players have actually had quite a fair amount of game time. They have played quite a bit of domestic cricket, they have played international cricket. Although we see massive amounts of talent from the likes of Wessly Madhevere, Milton Shumba — and one or two other players – they are not really putting their hands up and saying this position is my own. We still rely on the senior players, perhaps now with the exception of Ryan Burl, to win games.

It is a little bit disconcerting because the problem that we have is a bit longer than anticipated. The likes of Burl, Raza – these type of players will eventually be playing more T20 tournaments around the world.

Already, we have seen Raza, who will probably not be available for the Test series against the West Indies (in February) because he has T20 commitments around the world. And if Burl continues to do what he does, the same thing will happen.

And that will mean two premier all-rounders gone, only left with aging cricketers such as Craig Ervine and Sean Williams and the younger brothers.

They have to find a way to score big and properly for the team as the reliable and more consistent players might not always be there to do it for Zimbabwe.

So, my question is: if the likes of Tadiwanashe Marumani, Madhevere, and so on, are not able to score runs at international level, not even able to get starts at the moment, how far behind is the bowling that they face at the domestic level, which then will allow them to get away with their deficiencies and their weaknesses in certain areas?

All batsmen in world cricket have their deficiencies and weaknesses, no doubting that. But the problem with Zimbabwe’s players is that it seems they are allowed to get away with it, or they are able to get away with it at domestic level. And then when they make the jump to play a side like Ireland, who I feel is only moderately better than Zimbabwe, they are found out.

*Dean Du Plessis is a world-renowned Zimbabwean cricket broadcaster and journalist. This piece is a verbatim submission to The NewsHawks.

Pull up your socks, it’s no more business as usual

Certainties for mankind— But perhaps not