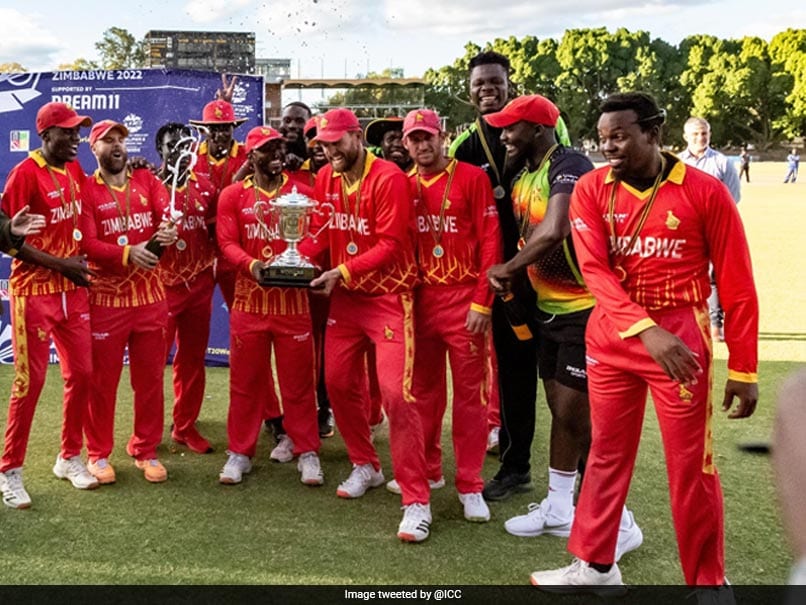 It is a little hard to believe that this statistic is associated with Zimbabwe’s cricket team, a side whose submissiveness until very recently knew no limits, being reduced to amateurs by the likes of Namibia and Nepal.

Quite a turnaround it has been.

Zimbabwe’s accomplishment in Bulawayo, winning the qualification tournament undefeated to clinch a spot at the 2022 T20 World Cup, has left a gratifying feeling in a nation with very little to cheer about these days.

But in our midst there are some who still argue that the success in Bulawayo – beating Singapore, the United States, Papua New Guinea and Netherlands – is not something worth celebrating.

The teams conquered in Bulawayo were small boys compared to the sides Zimbabwe used to play – the big guns of world cricket – competing strongly and occasionally upsetting some of them.

Understandably, getting over the past is not easy.

But nostalgia will not take us anywhere. The past is the past, and we can learn a lot from it. We have been on this for far too long though. It is time to move on.

Moving on is what these former minnows did, and very fast, precisely the reason we now compete with them as peers.

Let us not fool ourselves. Just for the reason that we are Zimbabwe, it is not our birthright to be beating anyone in international cricket these days because we want to, or because we have to.

The game is being played at a highly competitive level across the globe nowadays, for quite a number of factors.

For instance, take a look at the entire US squad that was here for the T20 qualifiers. Cricket over there might not exactly catch the attention of the sporting world and the vast majority of Americans themselves.

But players in the US national side came from backgrounds in which the game runs deep, so cricket was never second choice.

They all trace their family roots to some of the best cricketing nations in the world: India, Pakistan, Australia, West Indies, New Zealand and South Africa.

The “external” influence was also present in the other teams that came over, but with cricket becoming more and more globally attractive, the sides also included some very good talent from among their indigenous populations.

And with International Cricket Council money being spread wider than before, expect the balance of power to continue shifting.

Zimbabwe therefore cannot rest on its laurels and live in the past.

The return of Dave Houghton as coach was a creditable move by the board, deserving of applause.

In an interview with the British Broadcasting Corporation following his recent appointment, Houghton remarked how the standards of club cricket in Zimbabwe these days are way better than when his generation played.

Bold statement to make, but this coming from no less a cricketing man like Houghton, it is hard to disagree.

But then Houghton wondered how this depth of talent at the domestic level has not reflected on the national team.

I’m sure this is a no-brainer for him, really. He will have some of the answers, as we look forward to a smoother journey with the Chevrons hereon.

The comedy of errors that is Zimbabwe’s PSL