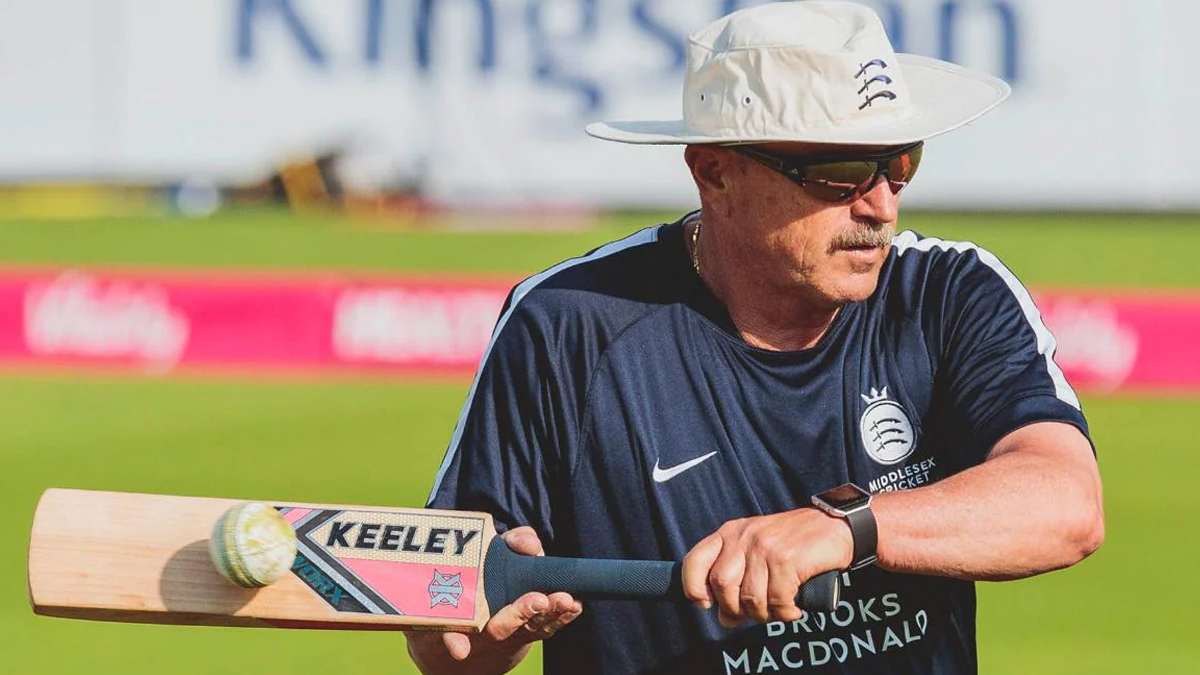 The above was the headline for an Agence France-Presse (AFP) news story 23 years, with a London dateline, quoting Zimbabwe coach Dave Houghton (pictured) after his gallant team bowed out of the 1999 Cricket World Cup in the United Kingdom.

For many cricket lovers across the world, that alone constituted success for the African side and the general impression was that the Zimbabweans really could not ask for more.

It is fair to say those saying Zimbabwe ought to leave the UK with their heads high were right. But many probably did not fully appreciate the depth of talent in that side, the long hours put in preparation way before the World Cup, the expectations of those closest to the team, as well as the self-belief and unbreakable spirit within the group of players itself.

Houghton knew about this, he had been part of the system as a player only a few seasons earlier, and now as a national coach, Zimbabwe’s first Test captain and ex-batting kingpin had capably prepared his “minnows” to go to the World Cup to make a bold statement and turn heads.

Turn heads they did, treating packed stadiums across England to some entertaining brand of cricket, marvelously sealing a place in the Super Six stage.

But ever the perfectionist, Houghton told the AFP how he felt his side should have gone all the way to the semi-finals of that World Cup.

“We did ourselves proud at times,” remarked Houghton.

But then the Zimbabwean cricket great, never one to mince his words, poured out his frustration over how his charges had played “schoolboy cricket” and “choked” under pressure to deny themselves a semi-final place.

“Schoolboy cricket” is a pretty strong statement to make against a team that has somebody like Andy Flower, the country’s greatest ever batsman and one-time number one Test batsman in the world.

But respect is often reciprocal and last week Flower – later to gain widespread recognition as England’s best ever coach – came out in praise of his former teammate and coach, describing him as a “tactical genius” after Houghton has transformed Zimbabwe’s fortunes in a short period of time in his second spell in charge of the side.

The role of a cricket coach in international cricket has repeatedly been a subject of much debate. A generally accepted view is that minimum coaching is required for a cricketer at international level, and this tend to apply more for teams with red-hot stars all round.

But if you want to see the importance of coaching in a side like Zimbabwe, just go some months back and recollect how the team had plummeted to the realms of mediocrity under Lalchand Rajput, and then the quick turnaround with Houghton now at helm.

Circumstances are different though, and it’s never guaranteed that any new coach is going to wave the magic wand immediately, if at all.

Dav Whatmore turned Sri Lanka into world-beaters and famously guided the Asian side to World Cup glory in 1996. But the Australian had a forgettable stint as Zimbabwe’s coach and was fired in 2016 following a horrible run of form.

But therein lies the masterstroke of Houghton’s appointment. On top of his ability to ably help the captain with strategies ahead of the game as well as being a “brilliant tactician” and good “man manager” in Flower’s words, Houghton knows the psyche of the Zimbabwean cricketer like the back of his hand.

He knows the terrain and he has already told us that the standards in the domestic game today in this country are higher than it in his time.

Soon after his appointment, Houghton also remarked how the players in the current national team are way better than they have been perceived by the public.

With each passing outing, this is being proven correct.

Just four months into Houghton’s tenure, take a look at what has been achieved by Zimbabwe: winning all five matches to qualify for the T20 World Cup, defeating Bangladesh in both white-ball format series, competing well against a strong India side, beating Australia in an ODI to record a historic first win Down Under, producing the country’s first ICC player-of-the-month who has also bagged the record of most runs in a single venue in the same calendar year.

As Zimbabwe heads to the T20 World Cup in Australia this October –Houghton’s first in the shortest format of the game – the gaffer has sparked off a vibe shift and got Zimbabwe fans talking positively again, for a change.

Here is to the next chapter.