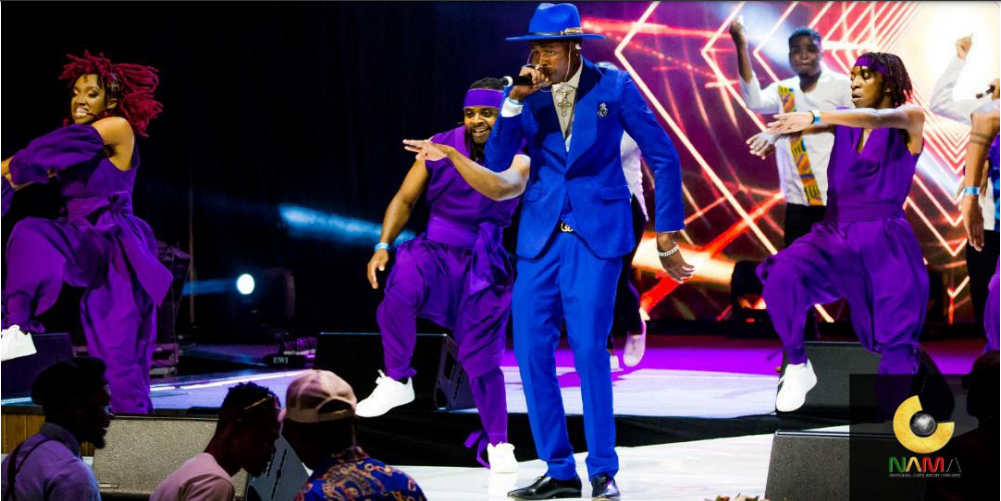 JACARANDA Culture and Media Corporation, an events management company tasked with organising the National Arts Merit Awards (Nama) by the National Arts Council of Zimbabwe, has bemoaned the lack of sponsorship as a major handicap to the successful hosting of the 20th edition.

The prestigious awards encompass all art disciplines and were established through an Act of Parliament in 1985.

Held under the theme:  “Zimbabwe and Beyond #AmaLevels”, this year Jacaranda was also a major sponsor of the event as it filled the gap that had been left by sponsors.

“Let me start by saying thank you for the support. It was a hard road, but we pulled through. It took a lot of planning and organising, running around looking for sponsorship and the sorts.  We started preparing for this year’s edition in July last year,” Napoleon Nyanhi, the executive director and producer of the Namas, said.

“I would say our biggest challenge was sponsorship. Looking at the economic challenges in our country, it is rather difficult to get enough sponsorship to meet with the dreams and vision we have for where and how we wanted our event to be.

“However, even with all those challenges, with the little that we did manage to get from our sponsors we would still push to give Zimbabwe word-class award ceremonies.

“Then looking at the Covid-19 pandemic in 2021, as much as it had a toll on the whole world, it greatly affected us to the extent that we could not host the 20th edition last year, but we did not allow that challenge to completely shut us down, thus we adapted to the new normal and held the virtual edition of the Nama legends.”

He said there were further limitations: “Looking at the economic constraints in our country and the effects of the Covid-19 pandemic, we did face a lot of limitations. Some sponsors had to cut their budgets as they were also affected by  the pandemic. This was to our disadvantage as we also now had to tone down some of the concepts we had planned for this year’s edition.”

According to Nyanhi, a budget of up to US$200 000 could guarantee a world-class ceremony in Zimbabwe.

“It is almost impossible to put a specific figure on the budget that might bring our Nama vision to life. This is because we have different ideas and concepts for each edition and all those require different things. But as a dreamer a US$200k budget for next Nama would produce a spectacle that will make the whole continent envious,” he said.

It took over eight months of preparation for the event and 95 performing artistes who went through rehearsals. “I must say it came out pretty well, it was a good production. There were quite a few mistakes that my team noted and we hope to rectify at the next Nama.

“It is quite daunting being at the epicentre of it all and knowing exactly how things were supposed to come out, those little mistakes became big pain points. But overall, I feel we pulled off quite a good event,” he said.

And the production of the Namas gave the creatives to stage more collaborations as opposed to solo performances.

“We decided to include different artistes from different genres to make the night eventful. The concept of doing medleys was one major concept we used that made the production stand out. we thought as this event is for the artistes, why not include as many artistes as we could from musicians, dancers, bands, speakers, acrobats, designers and others to come up with something solid and unforgettable? It took a lot of planning and coordinating, but it was all worth it,” Nyanhi explained.

He hopes that Nama will improve with each edition as they try new concepts, taking Zimbabwean events to greater heights.

“We try by all means to keep improving it and bringing up unique concepts with every edition. Of course, it being an awards event there are certain things we cannot change or run away from but we strive to make every edition bigger and better than the previous,” he said.

Jacaranda has so far run three editions, with the first being the 19th edition of Nama held in 2020.  In 2021, Covid-19 took a toll and they held a virtual edition which was Nama Legends, which honoured 40 legends of the arts industry, the 2021 edition did not necessary count as an edition of the NAMAs as it was a virtual one.

While JCMC offers event management skills, artist management, recording studio and other facilities relevant and suitable to make the event organized and extraordinary, all adjudication processes are done by the National Arts Council of Zimbabwe.

As a parting shot, Nyanhi says preparations for the 21st edition are already in motion, so watch out!

Keeping our heads in a crazy world