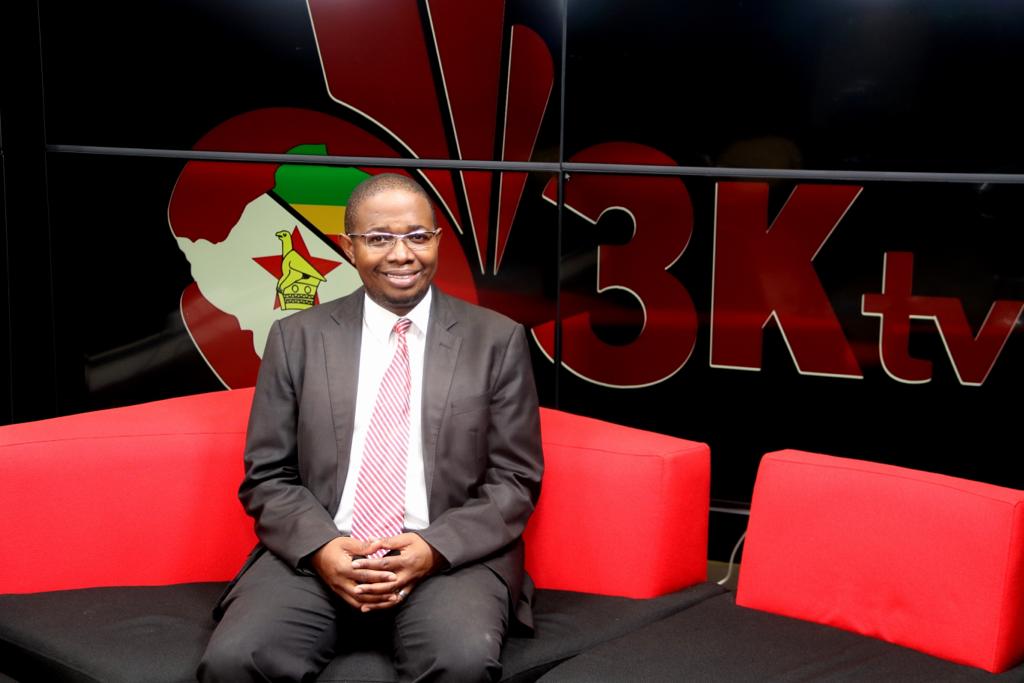 A NEW independent television station that launched last week has already been forced to defend its content, brushing off suggestions that it is modelled along the much-maligned ZBC.

The new station – 3Ktv – broadcasts on DStv channel 293 and is also available on free-to-air platforms, which means the channel is available for free to anyone with an appropriate television set or receiving equipment, without requiring a subscription.

However, early viewers and critics have likened 3Ktv to state broadcaster ZBC’s television channel, saying the two are almost the same in terms of content and quality.

ZBC has for long been accused of propaganda, churning out news and other programmes with a heavy bias towards the government. 3Ktv viewers who spoke to this publication say they have not found the new channel to be a source of alternative content.

“The feedback that we are receiving is overwhelmingly positive and most heartening,” Sibanda told The NewsHawks, adding that the station will not be drawn into commenting about ZBC.

“Zimbabweans love 3Ktv. That said, we respect ZBC-TV and will never trash competitors. As you may know, it’s not our group’s style,” Sibanda said.

The quality of 3Ktv’s locally-produced programmes have particularly been singled out for criticism, to which Sibanda responded: “Anyone who watches our programming will know that nothing could be further from the truth. That said, people are entitled to their opinions and there will always be some critics in life. That is normal. While many viewers and advertisers have expressed their delight with 3Ktv in the short time that it has been on air, we have even bigger plans and surprises going forward. The feedback that we are getting from the majority of both our free-to-air and satellite viewers is that our picture and sound quality is very good. So, if there are viewers who may be struggling with their pictures and sound, they may need to call in expert services to help them with the set-up of their receiving equipment.”

He said the Harare-based channel offers interesting programming. “There have been many highlights. Just to list a few. 3Ktv became the first of the six licensed private, free-to-air stations to go live on the 28th of February 2022. Many people have also been pleasantly surprised by both the variety and quality of our programming, as well as our image quality — with all this managed and produced by Zimbabweans,” he said.

Those who have watched the channel would confirm that the presenters often mix Shona and English with no subtitles, something that is not consistent with international best practice.

“Our presenters and interviewees are actively encouraged to speak any of the country’s 16 official languages,” Sibanda explained.

“To this end, they not only speak English and Shona, but also Ndebele, Ndau, Chewa, Shangani and Venda et cetera. This conscious and deliberate thrust will be heightened going forward as we celebrate our rich heritage as a country and the ‘Best of Zimbabwe’ as 3Ktv’s motto goes.

Absolutely, and this is already happening in all our varied programming.”

3Ktv’s quest to get into broadcasting began a little over a decade ago when they unsuccessfully put in a bid for a radio licence.

“Notwithstanding that earlier disappointment and subsequent ones for webcasting and content distribution licences which were awarded to our competitors, the channel persevered and put in a bid in 2020 for a free-to-air commercial television station — of which they were one of six entities that were successful.”

Nowadays content is key for any serious television and 3Ktv says it has opened doors for many Zimbabwean content producers.

“Our content is generated internally and externally. Indeed, we are swamped by content creators wanting to work with us to our mutual benefit. On that score, we are always open to excellent external content,” said Sibanda.

Asked why there were no advertisers on board, Sibanda said it was too early since they had been on air for the last three weeks.

“There is need for some perspective on this. 3Ktv is less than two weeks old. That said, we are already well ahead of our initial projections, both in terms of the viewership numbers and advertising support that we envisaged we would get in the first three months of going live. This is fantastic. We thank all our viewers and advertisers for this.”

3Ktv is 100% owned and operated by Jester Media Services (Pvt) Ltd, a company that was incorporated three decades ago.

The group also has other interests in lesser known media assets. JMS is 100% owned by former journalist and businessman Jethro Goko and his wife Esther Goko. All this information is in the public domain.

Sibanda said 3Ktv is here to stay and their relationship with DStv was a win-win one and is already bearing fruit for both parties.

Commenting on their editorial policy, which determines how news is framed, Sibanda said: “Like all 3Ktv’s successful sister operations — which are household names that are renowned for their credibility, non-partisan approach to news and commercial sustainability — the station is neither for nor against anyone in the country. We are an independent station that reports on news as it is.”

When Jah Prayzah turned Dubai into a ‘little Harare’

It was tough but we pulled through: Nama organisers