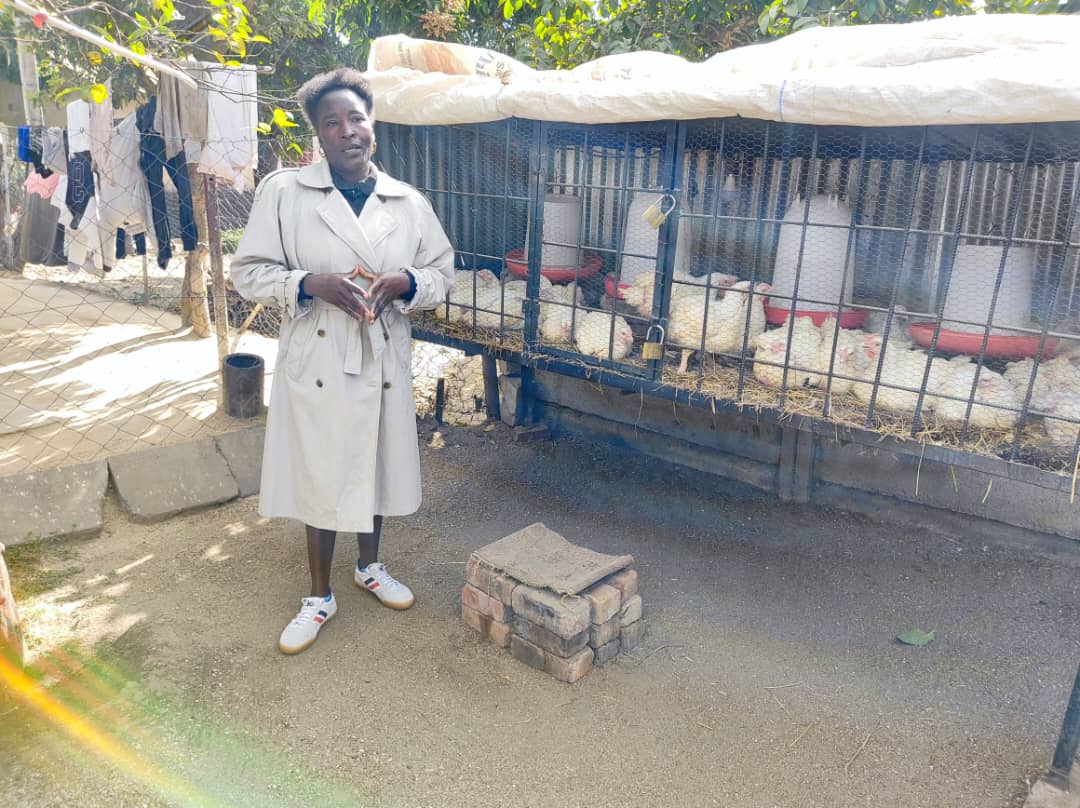 WHEN Zhedi Boroma’s husband Shingai, a casual worker in the construction industry, was left jobless and unable to fend for his family, the 50-year old housewife’s world almost crumbled.

Opportunities for casual work dwindled due public health restrictions aimed at slowing down the spread of Covid-19, a respiratory disease which has claimed over 5 500 lives in Zimbabwe since the first case was reported in 2019.

Norton is a sprawling town located 40km south west of Harare’s central business district and has been a source of labour for thousands working in the capital and surrounding areas.

The plight faced by the Boroma family typifies that of millions of other Zimbabweans who are living on less than US$2 a week while others are surviving on handouts from well-wishers and aid agencies as the economy flounders due to poor policies, effects of climate crisis and the Covid-19 pandemic.

In the midst of the family’s despair was a flicker of hope. But that salvation was shortlived. The Boromas became one of the first beneficiaries of a donor-funded pilot project which offered monthly cash payouts to buy basics from local retailers.

Shingai automatically qualified to benefit for the cash-based transfers and received a coupon which was being credited with US$72 monthly. The programme came to an end last December.

“When the cash-based transfers were stalled, we panicked but before long we also benefited from a poultry project which was being run by Care and its partners and now we have made enough savings to settle all our bills and take children to school.”

With new entrepreneurship skills, the Boromas say they now have enough savings to diversify their business venture. The same cannot be said for other residents who are reeling under poverty.

“As such, the majority of Zimbabwe’s urban residents live hand-to-mouth, working multiple jobs in the informal sector. Food availability has also been impacted by severe drought, which devastated domestic production during the 2018/19 and 2019/20 agricultural seasons.”

The Covid-19 pandemic has compounded these existing challenges, as restrictive measures imposed to curb the spread of the virus have resulted in the widespread and prolonged loss of livelihoods and income. According to the results of the 2020 Urban Livelihoods Assessment (ZimVAC) released in March 2021, 2.4 million urban dwellers (which translates to 42% of Zimbabwe’s urban population) live in poverty.

According to Care International, a humanitarian agency with operations across the globe, shocks and stress are increasing in Zimbabwe and projected to worsen due to the impacts of the climate emergency, Covid-19, “a fluid and fragile socio-economic context” and limited access to reliable climate or disaster risk reduction information and best practices.

“High unemployment is also a major stress in urban areas that is mostly caused by the volatile macro-economic situation that is resulting in negative coping strategy like crimes like theft and anti-social behaviours like drug abuse by the youth,” the aid agency says.

“Due to low-income levels, households have resorted to inappropriate dietary choices leading to malnutrition in both women and children in urban areas.”

Despite flattering remarks by government officials that Zimbabwe’s faltering economy is on the mend, aid agencies have been working behind the scenes feeding and empowering thousands of people trapped under penurious conditions.

Zimbabwe’s Finance ministry sees the economy registering 5.5% growth while international organisations such as the World Bank have projected the economy to grow by 3.5% due to the impact of Russia’s invasion of Ukraine which has resulted in supply chain disruptions.

Care International is working with the WFP and USAID — the philanthropic arm of the United States government — in rolling out the Urban Food Security and Resilience building project which seeks to strengthen the absorptive, adaptive and transformative capacities of some communities facing hunger in Mashonaland West and Masvingo provinces.

The WFP says in 2021, 139 000 people participated in food assistance for assets activities which aim to strengthen resilience by providing resource transfers that enable households to meet their food needs in the short term, while assets are created or rehabilitated to contribute to long term food security.

While many stories of pain and anguish caused by an economic collapse remain untold, Zimbabwe’s government is frantically pushing for a new law to cripple the activities of civil society organisations and other non-governmental organisations.

The socio-economic impact of this move, critics say will be too dire for Zimbabwe’s fragile economy.

Related Topics:EconomyUrban poverty in Zimbabwe
Up Next