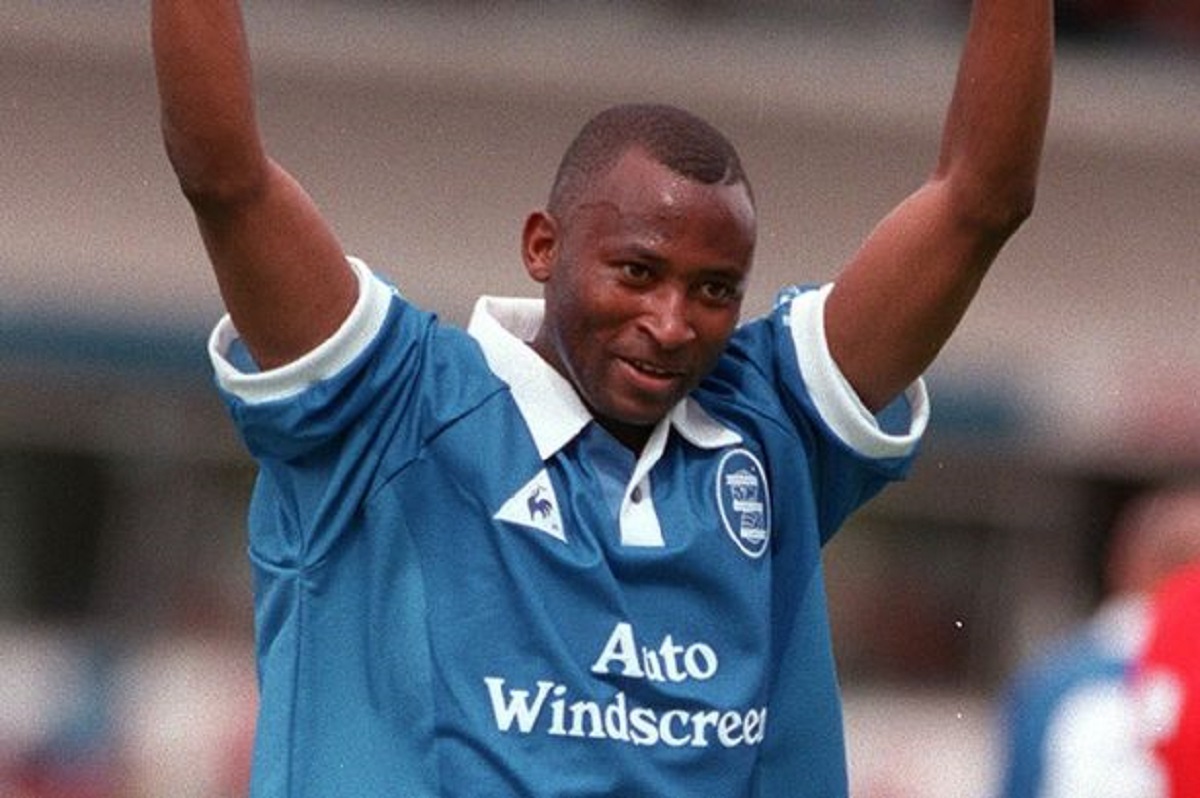 SADIO Mane, the Liverpool forward, is a great player and he also builds schools, mosques and hospitals in his homeland – Senegal – worth millions of dollars.

Somebody I know well, a big football fan, likens the Senegalese superstar’s on-field ability to our own Peter Ndlovu (pictured), who he says matches the Reds star pound-for-pound if they had happened to belong to the same era.

Because of their bags of skills, frightening pace and finishing prowess – both could pose a threat from out wide, or from the middle – so says this gentleman.

But then, according to our friend, Mane would have never featured for Liverpool had he played in the era of Ndlovu at the onset of he modern EPL in the early ‘90s simply because time was not ripe for Africans to showcase at the biggest stage in that league.

Just like Ndlovu who became the first from this continent to feature in the Premier League – in the colours of Coventry City – somebody like Mane would have in those days equally attracted the attention of lesser sides like Derby County or Wimbledon.

Another school of thought that I personally subscribe to is that Peter Ndlovu was a player way ahead of his time, one who, had he belonged to this era, would perfectly be at par with the world’s best footballers. I do not think that we fully appreciate this footballer in his country.

A few weeks back, Egyptian Mo Salah of Liverpool starred in the 5-0 demolition of old foes Manchester United, becoming the first visiting player to grab a hat-trick against the Red Devils at Old Trafford in the Premier League history.

26 years ago, Liverpool themselves were at the receiving end of such a feat when a little nimble-footed Zimbabwean called Peter Ndlovu arrived at Anfield and scored a hat-trick for unheralded Coventry City to become the first visitor there in 34 years to find the back of the net thrice. In more recent times, Ndlovu is the team manager and one of the brains behind Mamelodi Sundowns, one of Africa’s most successful and best organised clubs of the past decade.

So, no matter what your opinion of the man is – good or bad – you are probably entitled to it. But his worth is well known and it is well within his right, well-earned as a matter of fact, to put a price to any public appearance of commercial nature.

And that is even if the first African star of the modern English Premier League – his country’s greatest footballer of all time – is not building facilities in his homeland like Sadio Mane. Nine years ago, when I was still editing the sports section of a local daily, Peter was gracious enough to grant us a big interview in his early post-UK years.

He told two of my reporters who did the story, that he had no time for those that had made it a favourite pastime of theirs to talk about how miserable his life had become.

The Peter Ndlovu in him, he told my desk, was just a simple guy really, a man far better than being reduced to publicly brandish a bank account to prove petty people otherwise.

Let those that said Peter was broke enjoy their myth! I have no doubt that this is the same right attitude that Peter has now, in the wake of a senseless story in which he was said to have “spurned” a house gift in Zimbabwe simply because he was busy, or because he billed a fee that was worth his profile anyway.

Two years on, it is Patson Daka making bigger waves