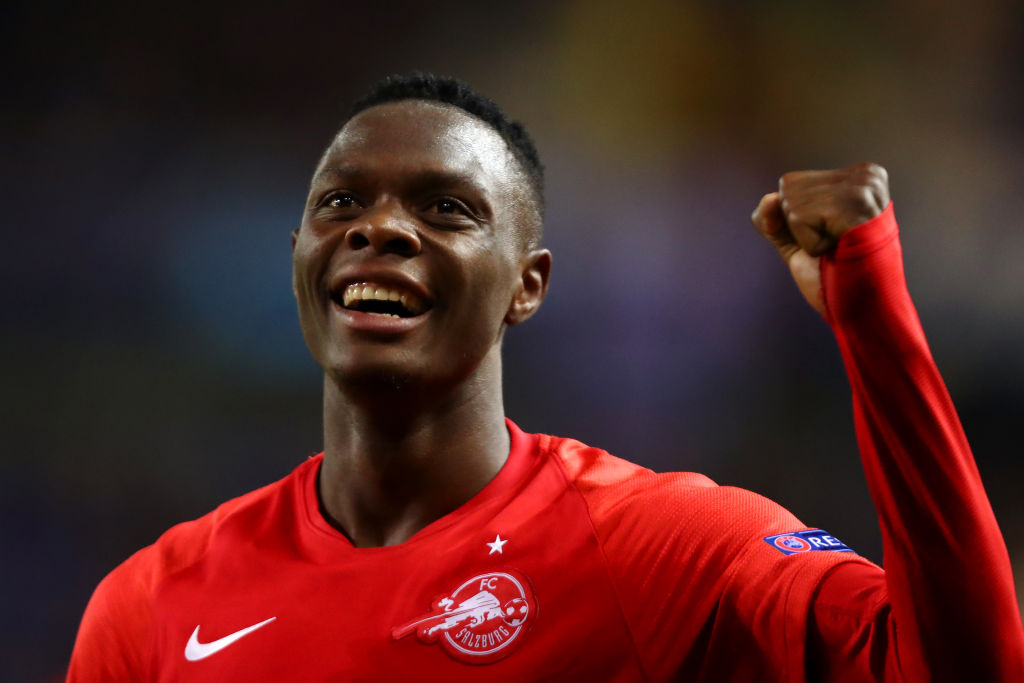 EVERY once in a while, there comes a player who makes that indelible first impression on you, with just one simple movement that suggests they are far from ordinary.

It does not necessarily have to be a spellbinding performance across the entire 90 minutes. Ask any football fan, a lifetime impression can be created in a fraction of a second in this game.

It can be how the player controlled the ball with a single deft touch, maybe a lovely assist, or a genius chip to win the game for the team after an otherwise quiet 90 minutes.

I had not paid much attention to Patson Daka (pictured) for most of the match, two years ago, in an Africa Cup of Nations qualifier against Zimbabwe played in Lusaka.

Until one magical moment.

On 18 minutes, the Zambia forward outpaced a Warriors defender in a one-on-one situation from way outside the box. Then some metres inside, he fired an exquisite left-footed effort that rose sharply into the far corner of the net — beating Zimbabwe’s goalkeeper Elvis Chipezeze with pace, power and technique. I realised, instantly, that we had just witnessed something pretty special from somebody so young, 21 at that time in November of 2019.

As it turned out, Daka’s equaliser at Heroes Stadium – sandwiched between Khama Billiat’s crucial brace for Zimbabwe — was not enough to prevent the visitors from posting a famous maiden win on Chipolopolo’s home turf.

Billiat was already an established star in Zimbabwe’s line-up, a talismanic figure in the team. As for Daka, he was for his country a new pin-up boy of the national side.

Billiat’s football profile was, at that time, higher than young Daka’s, to anyone who follow the game worldwide. Unlike Daka, the Zimbabwean playmaker had not played in Europe — he still has not. But to his credit, Billiat had already enjoyed success with Mamelodi Sundowns and he now turned out for another South African glamour club, Kaizer Chiefs, at the time he outshone the brilliant young Zambian attacker that evening in Lusaka.

After a rather slow start – then scoring against Manchester United and becoming the first Zambian to record a goal in the Premier League, netting four in a single Europa League match as well as providing an important assist against Brentford this past weekend — Daka is suddenly basking in the limelight in the best football league in the world.

But that is life and football for you. I do not imagine that Billiat will be sitting today somewhere and thinking that the Zambian youngster he outshone two years ago, in masterly delivering a famous win for Zimbabwe, has no right to be where he is now.

The powerful hand of fate, and God’s timing, are not stuff for mankind to control – even talented footballers.

I believe Billiat is immensely proud of what he has achieved in his career. He ought to be.

Early next year, he will be a sure selection for Zimbabwe at the Africa Cup of Nations finals in Cameroon, probably his last major international tournament appearance.

Daka, and Zambia, will not be there. And chiefly due to the defeat that a Billiat-inspired Warriors inflicted on them in Lusaka nearly two years ago.

But Billiat will be turning 32 later in the year, most likely he will not be around for a next tournament.

The Zambians, African champions 10 years ago, will feel they can bring back the glory days in the near future, with the likes of Daka in their midst.

Just like Zambia, South Africa also did not make it to next year’s Nations Cup finals. Stung by this failure, Bafana Bafana made the bold decision of dropping the old guard for the on-going World Cup qualifiers, replacing them with a crop of red-hot young talent. The newbies are in strong contention for a place at the World Cup finals in Qatar next year.

These are further lessons for Zimbabwe to also look into the future, starting now.

For Peter, this is probably just a ridiculous sideshow