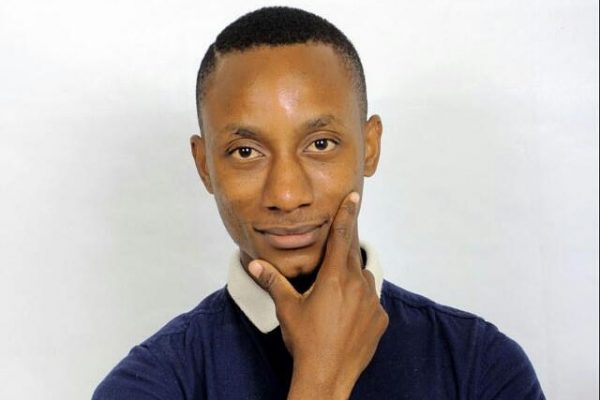 The gifted gospel singer and songwriter has recently scored success in his life on two fronts: career-wise and romantically!

A week after the release of his latest video, Fevha, Johah put his bachelor days behind him and paid lobola for his lovely beau, fellow artiste Rachel J.

Life has never been better for the youthful singer. What can be better than marrying a gorgeous friend-turned-soulmate at a time when you are enjoying rave reviews in your music career! And he did it in style. In popping the question, Johah shed tears whilst Rachel J answered positively to his proposal.

“It was intentional to drop the video first. No woman has ever made me cry but with Rachel I shed tears when she said yes,” he explained.

“We’ve always been friends. We met when I approached Rachel for business mentorship programme. At the time, we were in a brother-and-sister type of relationship. More often than not, we would advise each other on love and relationships. But then we realised the chemistry was high and we started noticing we had so much in common. So it got personal and, in March 2020, a day before the lockdown, we were on set shooting a music video for Hallelujah and I decided to shoot the shot.”

The couple had been dating for a year-and-a-half when the romance began.

“Rachel is the most loving woman I’ve ever met. Just a week when we started dating, she took care of my mother who has a health condition that needed attention. She took my mother to her house and made sure she was well. You see, love isn’t difficult or hard. It’s a decision and for us it’s been working and we are in this for the rest of our lives.

“We are happy to inspire other people to find love. We’re not showing off but life is worth living if you have someone who truly loves you. It shouldn’t be like ‘oh he’s got money or she’s got money’. No. When I met my wife, many thought I should have gone for a gospel musician and not a secular musician. Some thought I was going to ‘convert’ Rachel, but to my surprise she prays more than I do. Everyday she wakes up at 3am to pray and I can’t. Matter of fact, she lifted me up spiritually and this is why it is important for people not to judge the book by the cover.”

Life and music, Johah said, are giving him a great deal of satisfaction at the moment.

“I am happy my career, my health and the way I look is better, it is only the beginning; what if it’s for a lifetime? All I have to do is to love my wife because whatever I am or do glorifies her. When I excel either in business or music she is glorified,” he said.

The two are clearly deeply in love, and inseparable.

“I manage her music career and we do business together. While some people have headaches in relationships, our major headache is how to earn more money and grow business,” he said.

“She also manages my music career as you noticed she came up with the video concept for Fevha and she even directed it. The good thing is we have the same vision of where we want to go, and I tell you we want to be billionaires. Our model is similar to Jay Z and Beyonce, they empower themselves as individuals as well as a couple. We do everything together and 90% of our time is business.”

The couple already has a bun in the oven and Jonah says he always appreciates being a father.

“When I met Rachel, she had two daughters Scarlet (13) and Najah (one-and-a-half years) and we’re expecting Eden soon. Being a father is more than enough and I could do it a 1 000 times. It leaves me with no time for playing games,” he said.

Jonah also described Rachel J as a “workaholic, focused and empowered woman”. He said: “While she is a no-nonsense person, she is also understanding and her humility is all the more adorable. What strikes me most is that she is one person who can sit with the president and in the next hour she is talking to the street children and still give them their respect. But we are both driven.”

Rachel J is working on her upcoming video while Jonah is enjoying the success of Fevha which has 75 000 streams on YouTube and still counting.

On Fevha, pronounced as Favour, Jonah experimented with Afro beat and the result has been a resounding success.

The track follows on the success of his previous hit – Ndozvinoita Nyasha – which got anthemic status on the airwaves as well as online.

The limitations of cheap propaganda